The former governor of New Jersey attended his 50th Walk to Washington sponsored by the New Jersey Chamber of Commerce. Take a look at the picture above of Byrne and his wife cruising to the Jersey-bound train after the event. Many are too sheepish in the aftermath to return home by train in the company of others. But Byrne again showed himself to be ever the public man of the people.

The Republican governor picked up the endorsement of Harrison Mayor Ray McDonough, a disgruntled Democrat who claims to be a Christie fan. It’s not so much McDonough’s endorsement alone, but the combined effect of the Laborers’ support for Christie and the potential for more Democratic Party backing before it’s over.

The senator had audience members choking back tears at his Thursday night address to the friends of the chamber. “Hilarious,” proclaimed one person in the crowd.

The likely Democratic nominee for governor locked up the support of the South Jersey Democratic Organization.

The Sussex County freeholder director will have the party nod to replace Chiusano in the Assembly, according to Sussex County GOP Committee Char Ailish Hambel.

The good news is the Middlesex County Freeholder may get to be a Superior Court judge, thanks to Christie’s nomination. The bad news – that the bankable brand name will leave a vacancy at the top of the Middlesex ticket – doesn’t really concern him.

Stories concerning the U.S. Senator’s relationship with donor Salomon Melgen barraged Menendez at precisely the time he expected to take the gavel from John Kerry to assume the chairmanship of the U.S. Senate Foreign Relations Committee. “It doesn’t look good,” was the most repeated early assessment on the chamber trip.

Political purists can argue that Booker’s absence from the sensualist’s delight of the chamber train should make him a winner, but it inevitably led to the crack – made by U.S. Sen. Frank Lautenberg (D-NJ) at Thursday night’s dinner, that Booker’s probably not in Newark, either.

The former International Longshoremen’s Association (“ILA”) member was sentenced to 30 months in prison for conspiring to extort ILA Local 1235 longshoremen on the New Jersey piers for Christmastime tribute payments.

Oh, yeah, there was another Menendez story floating around out there this week, too. The brother of another big Menendez donor pleaded guilty to an information charging him with one count of conspiring to violate the Federal Election Campaign Act (FECA).

It was such a bad news week for Menendez, he can’t escape without being on the wrong side of this list twice. 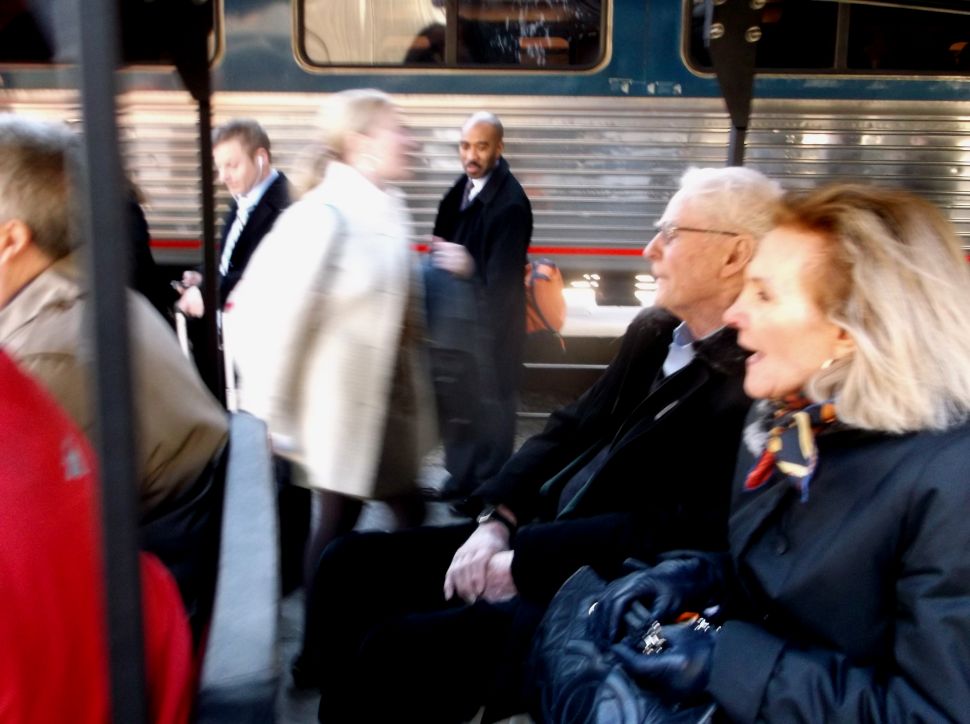