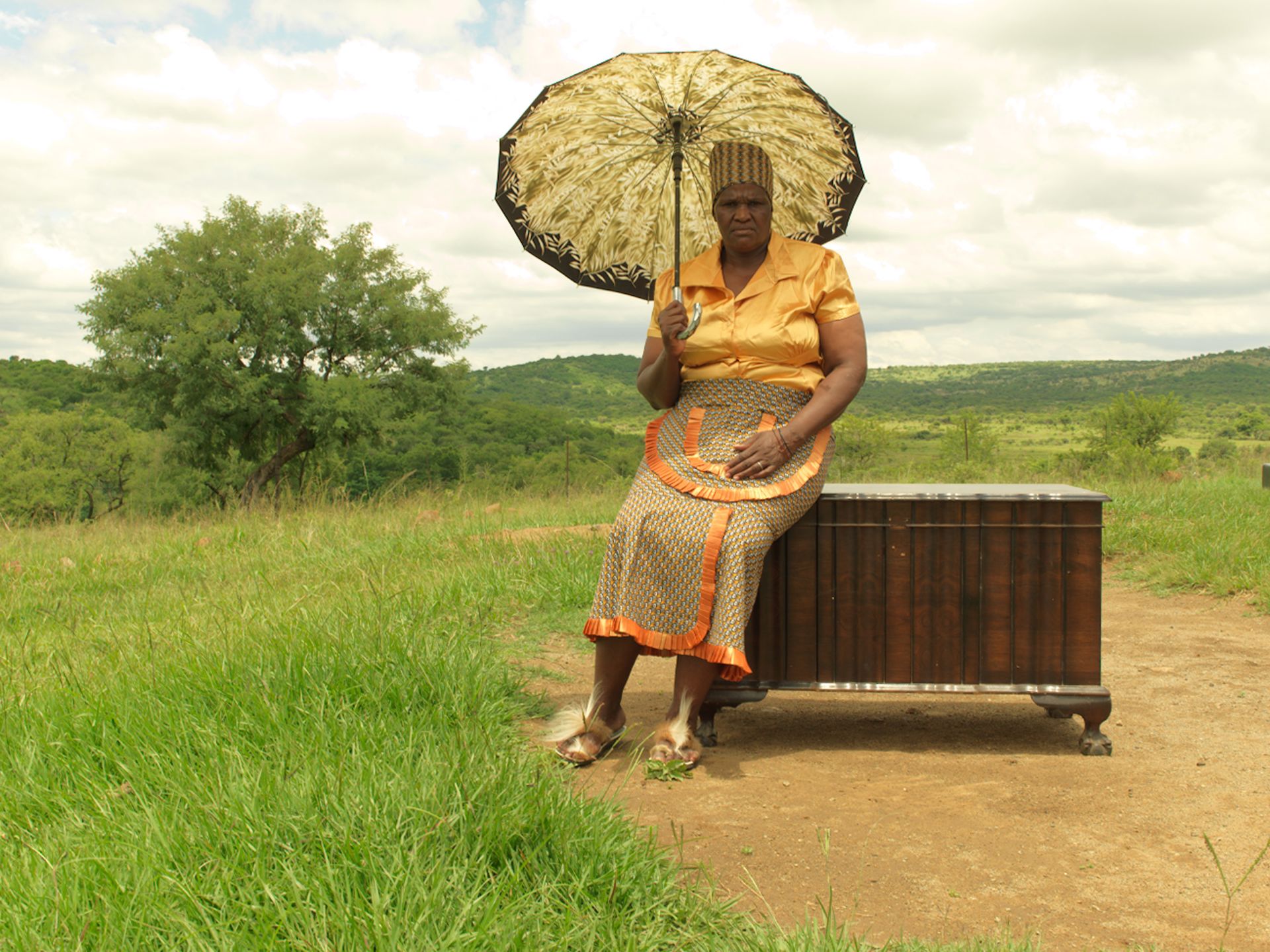 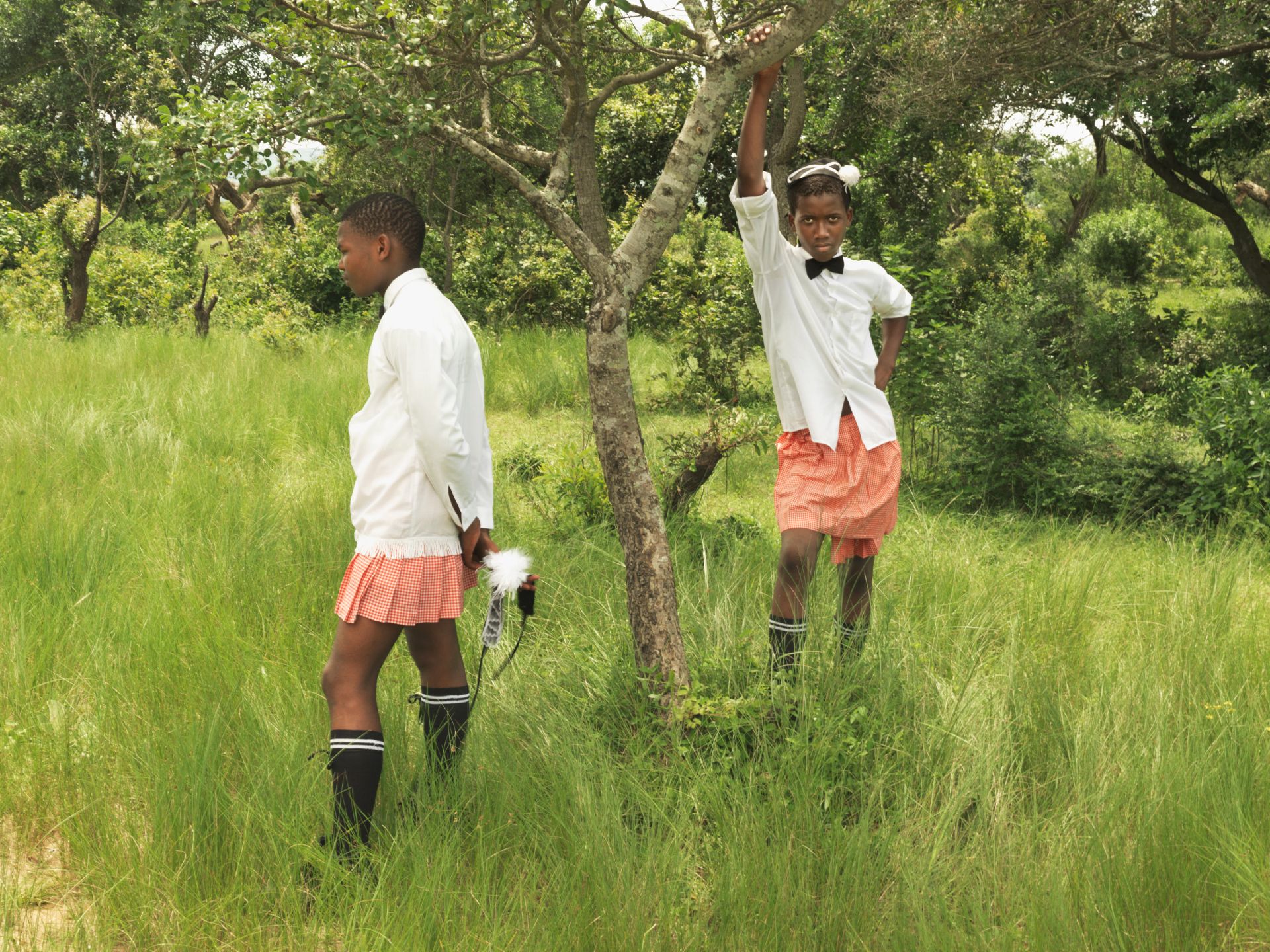 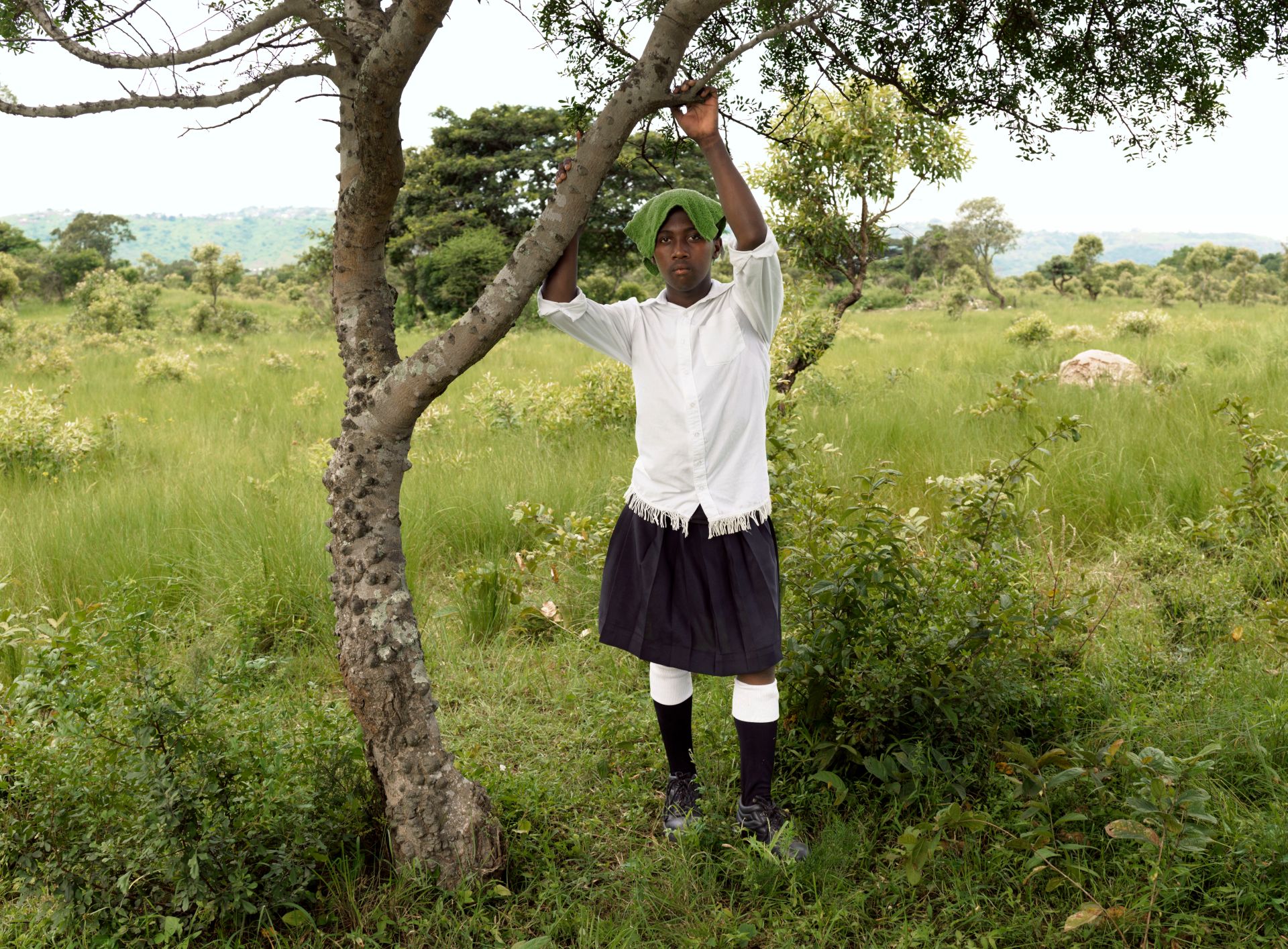 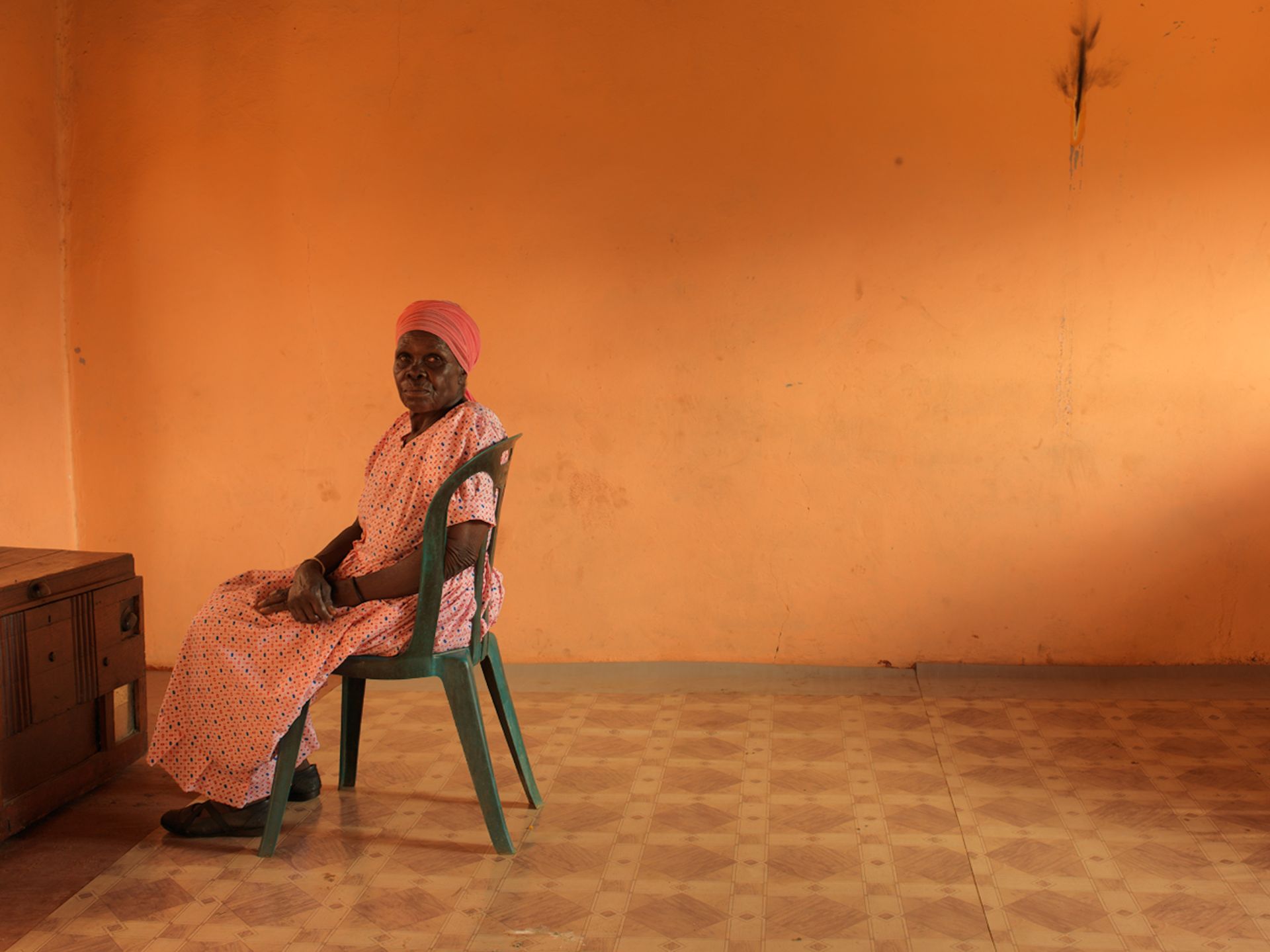 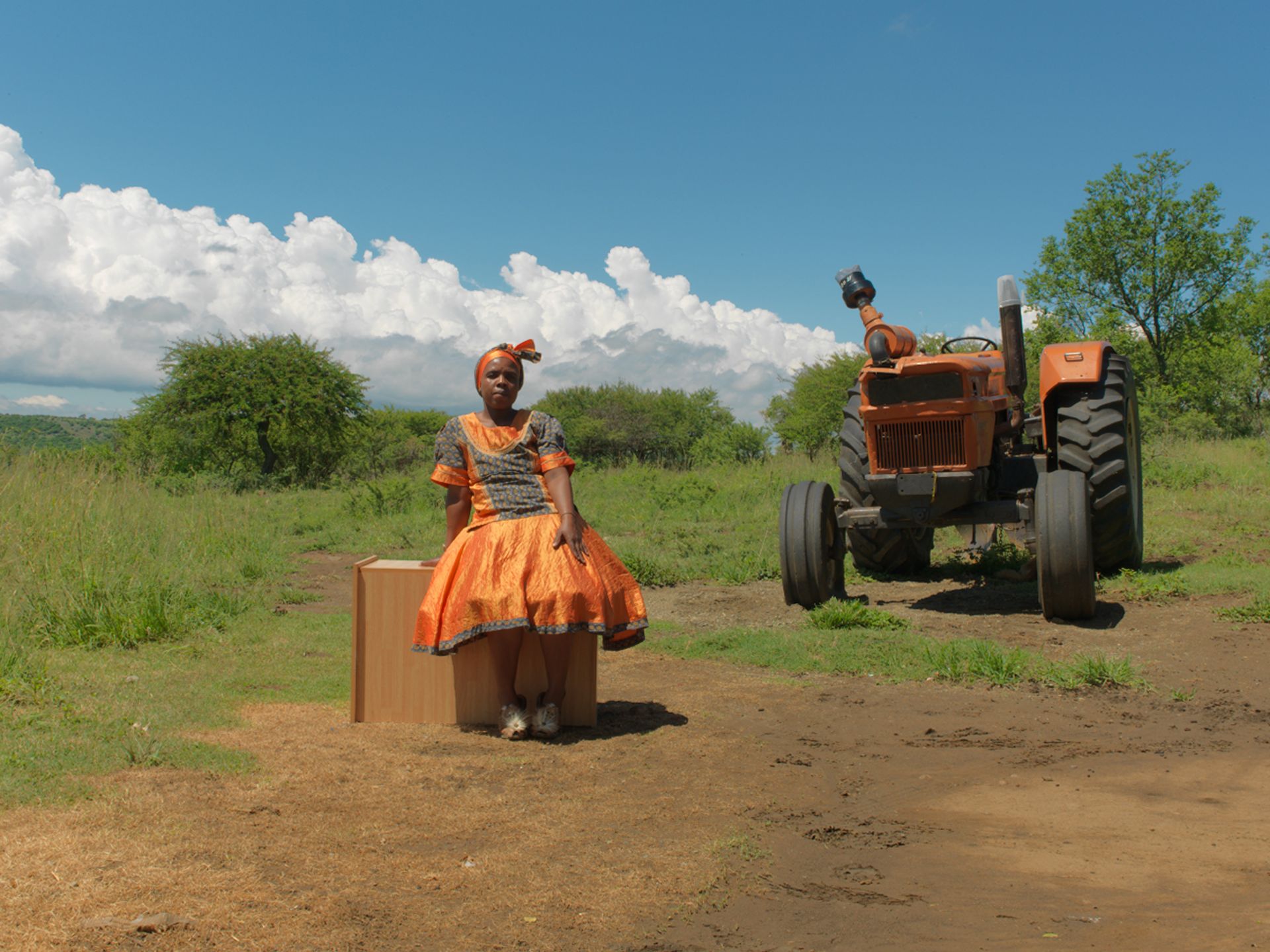 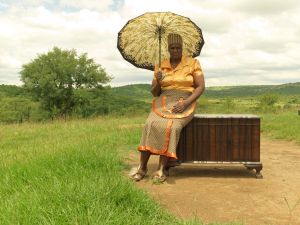 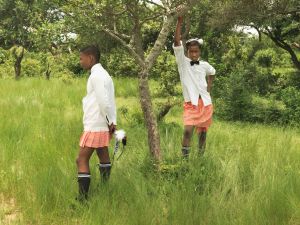 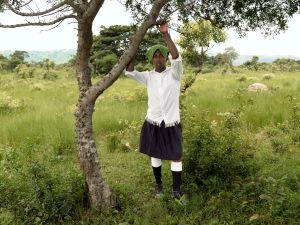 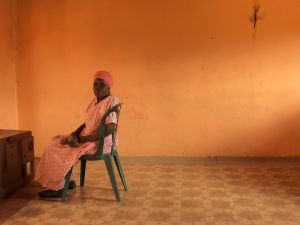 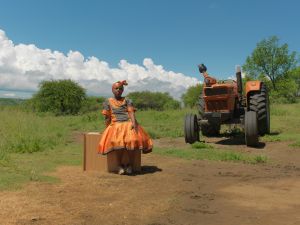 Zwelethu Mthethwa shoots his subjects in color, asks them not to smile, and prints the resulting photos large, giving them at once the indomitable presence and the disquieting opacity of live strangers. Untitled photos from his “Brave Ones,” “Hope Chest” and “The End of an Era” series bring to gender, race, national and economic inequality, and postcolonialism the same incontestable truth: that whatever her symbols or circumstances, each person’s experience is her own. Young men from the syncretistic, predominantly Zulu Nazareth Baptist Church, dressed formally (bow ties and kilts) for an annual pilgrimage, pose against tall grass and low skies. One wears a green towel on his head, two wear white pith helmets and another tries cocking out his hip. An empty corner in a migrant workers’ hostel—“The End of an Era,” because the South African government is currently improving the hostels—has two beds shoved tightly together and a profusion of soccer players, in pictures pulled out of newspapers and magazines, plastered over its peeling paint. And a woman in golden blouse and fur-trimmed sandals sits in a dirt clearing on the corner of her hope chest, holding a parchment-colored umbrella and squinting into the sun. (Through Feb. 23)