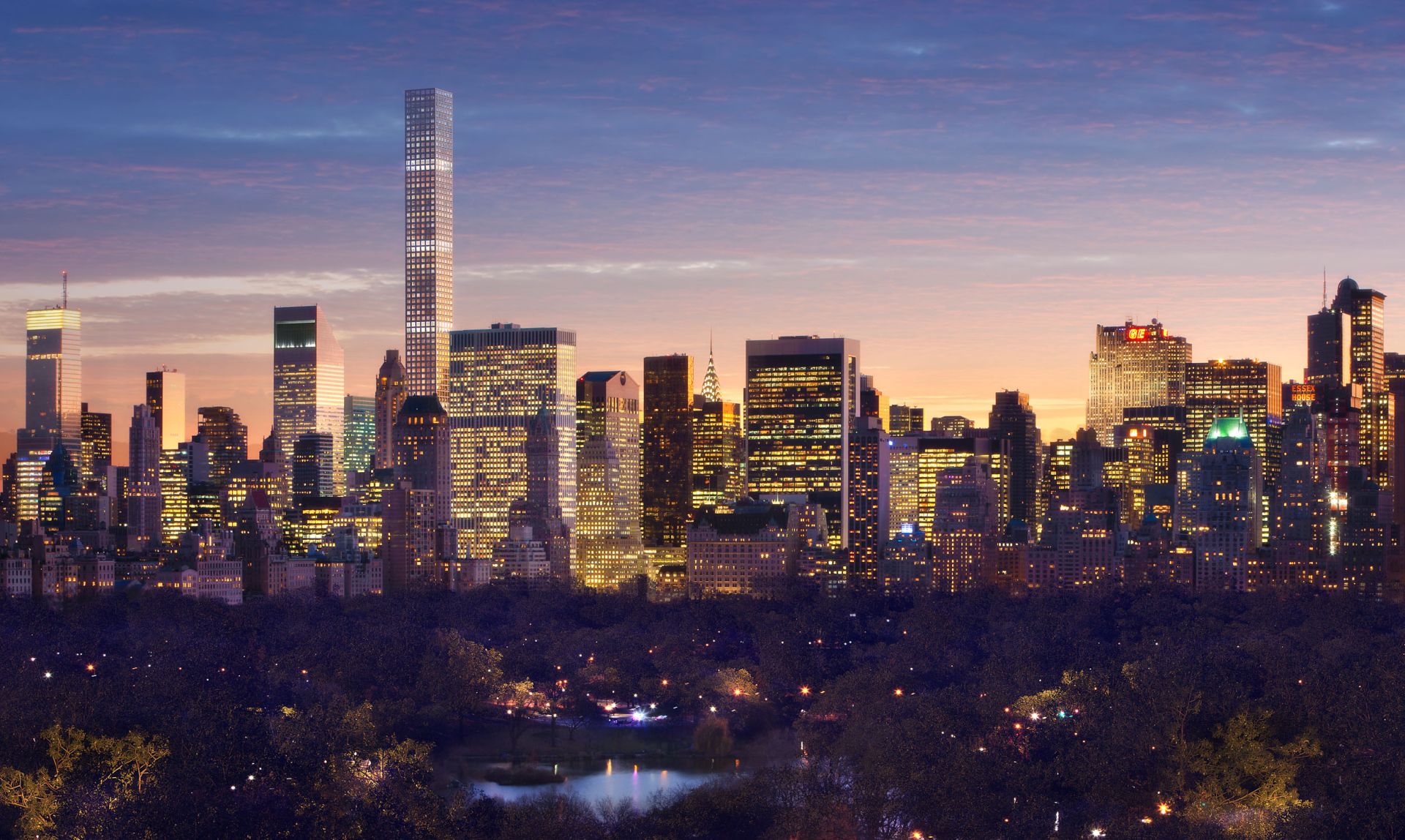 Here's what 432 Park will look like at dusk. (dbox for CIM/ Macklowe Properties) 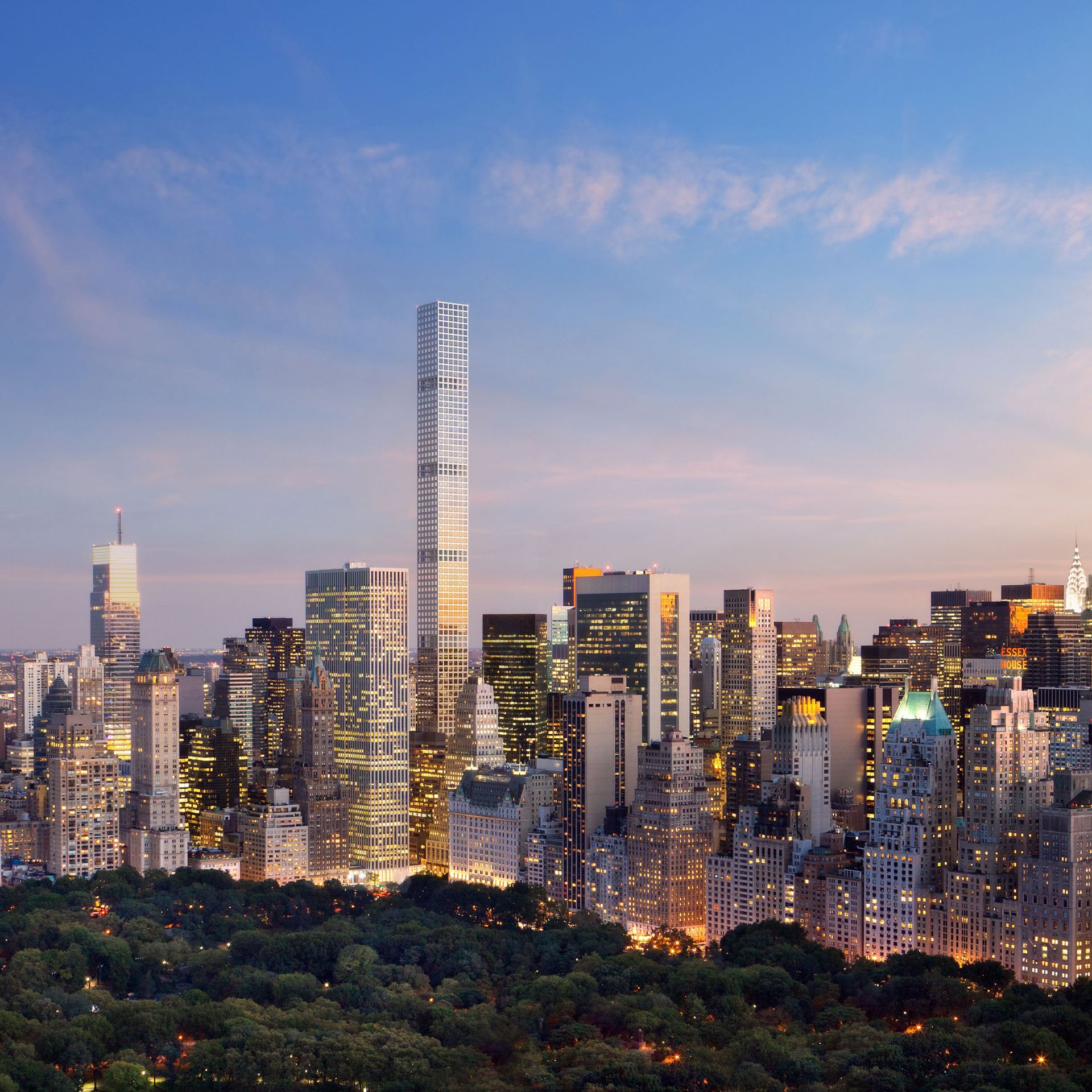 And during the day.(dbox for CIM/ Macklowe Properties) 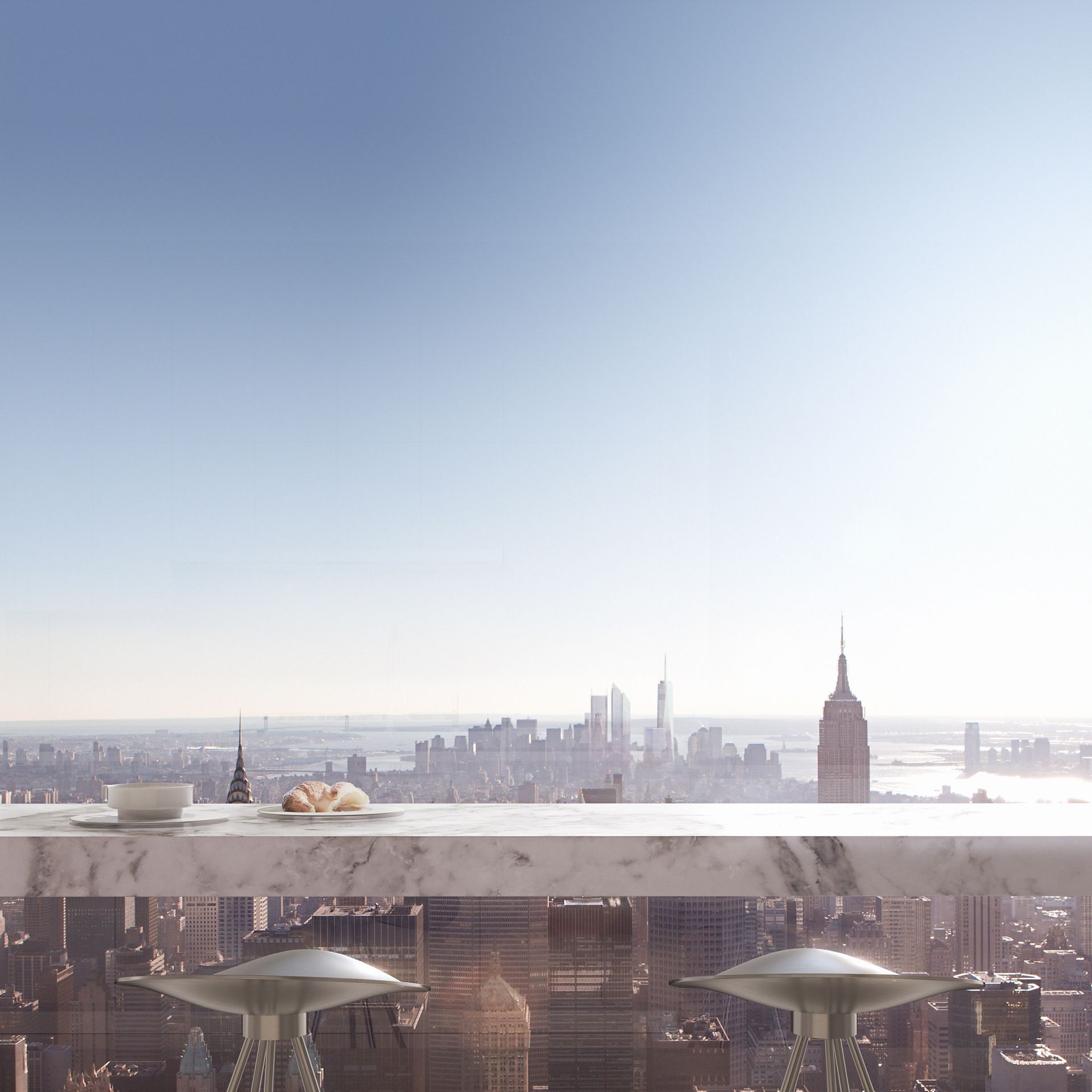 The view from the 92nd floor kitchen. What you'd be looking at as you did the dishes, if your maid didn't do the dishes for you. (dbox for CIM/ Macklowe Properties) 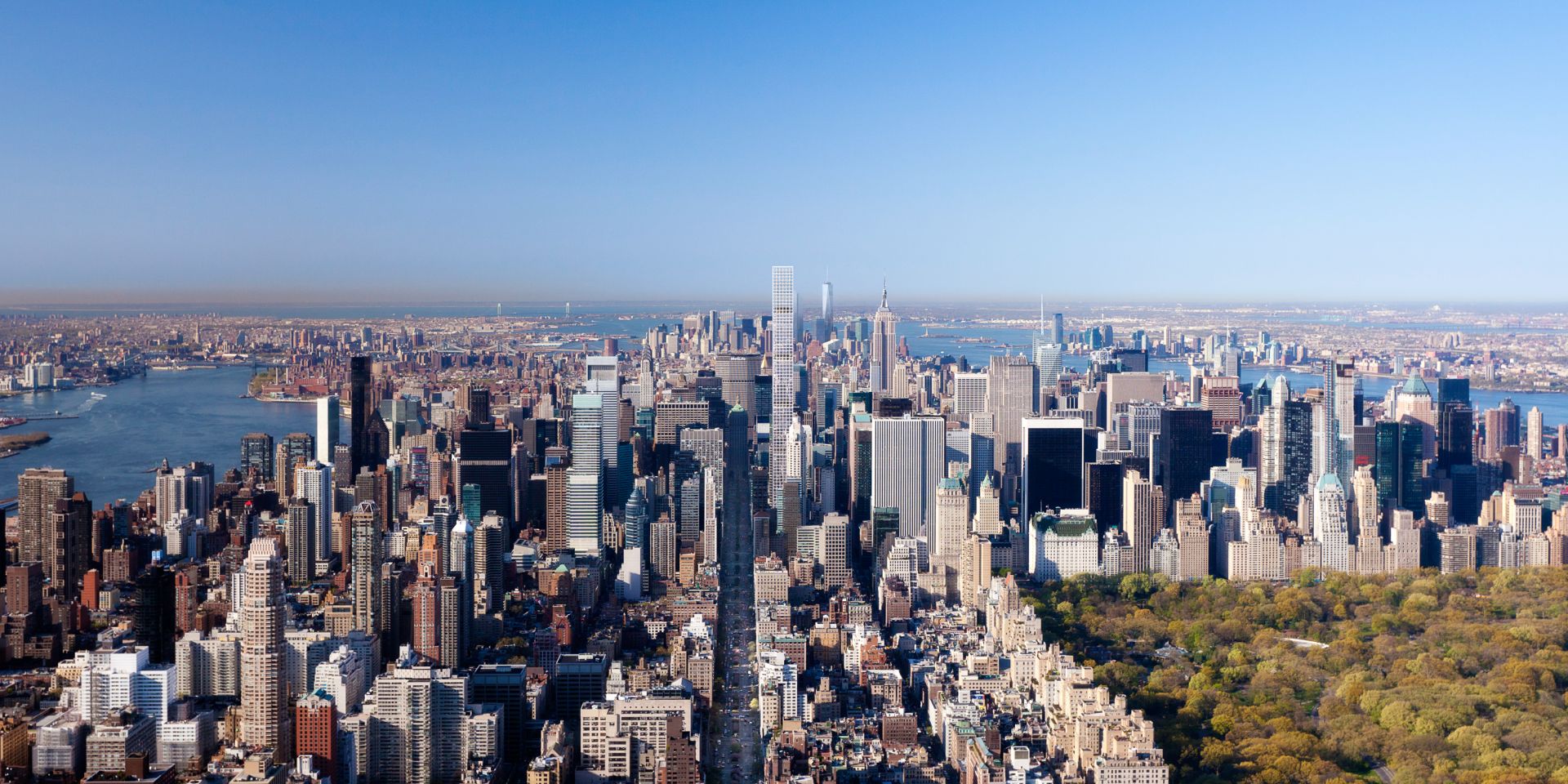 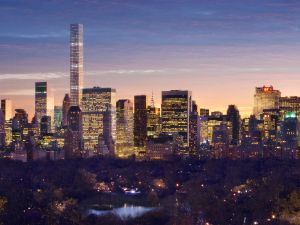 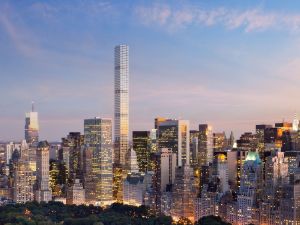 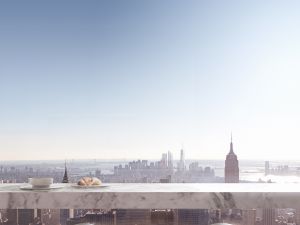 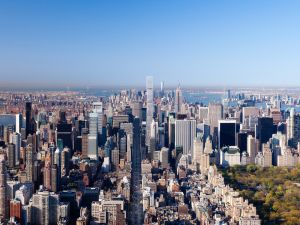 How does one describe a luxury housing market where a tower can sell more than a third of its units before it officially hits the market. Frothy? Overheated? How about insane?

Well, the tower that towers above them all—432 Park Avenue—has officially hit the market (a development first reported in The Wall Street Journal) with more than one-third of its 126 units already in contract. Apparently, the 1,396-foot Rafael Vinoly-designed tower has been quietly marketing units since last summer. We’re not sure how we feel about a project that makes its market debut with so many units already spoken for—it’s a little like a debutante attending her coming out ball when she’s already engaged to be married. But, you know, congratulations.

Since last summer, 432 Park has also been quietly hiking the prices for apartments—not once, or twice, but three whole times. The building’s total asking price is $2.7 billion, according to a filing with the New York attorney general, The Journal reports. Which means that 432 Park won’t only be Manhattan’s tallest condo tower (and the tallest residential building in the Western hemisphere), it will also be the condo tower with the highest total asking price.

The units themselves, however, while very ,very pricey, will not be the city’s most expensive. Currently availability is $20 million to $82 million—significantly less than the more than $90 plus million that a few of the units at Extell’s One57 are said to be in contract for. Maybe Harry Macklowe and the CIM group didn’t want to steal all of Gary Barnett’s thunder?

Alas, the sales launch did not include the release of interior renderings (the building isn’t expected to be completed until 2015), although there are some sexy renderings of the building’s exterior plus a lot of views shots. And at least we got some details on building finishes, features and amenities: every window will measure an “expansive” 10 feet by 10 feet (expansive indeed) and there will be private elevator landings, separate staff entrances, master bedrooms with his-and-her bathrooms and dressing rooms, 12.5-foot ceilings, solid oak flooring, Italian statuario marble in the bathrooms and (regular?) marble in the kitchens.

Downstairs there will be a private restaurant, a garden, a 75-foot swimming pool, a library, a billiards room, a boardroom, a performance venue and “handpicked staff.”

Of course, right now, the building is still a construction site and will be for some time. Although you can watch the tower rising, on the videocamera set up by the developers—a feature that has been a little embarrassing given the recent stop work orders following two construction accidents. Videos and renderings are, after all, the closest most of us will get to the top of an under-construction skyscraper.