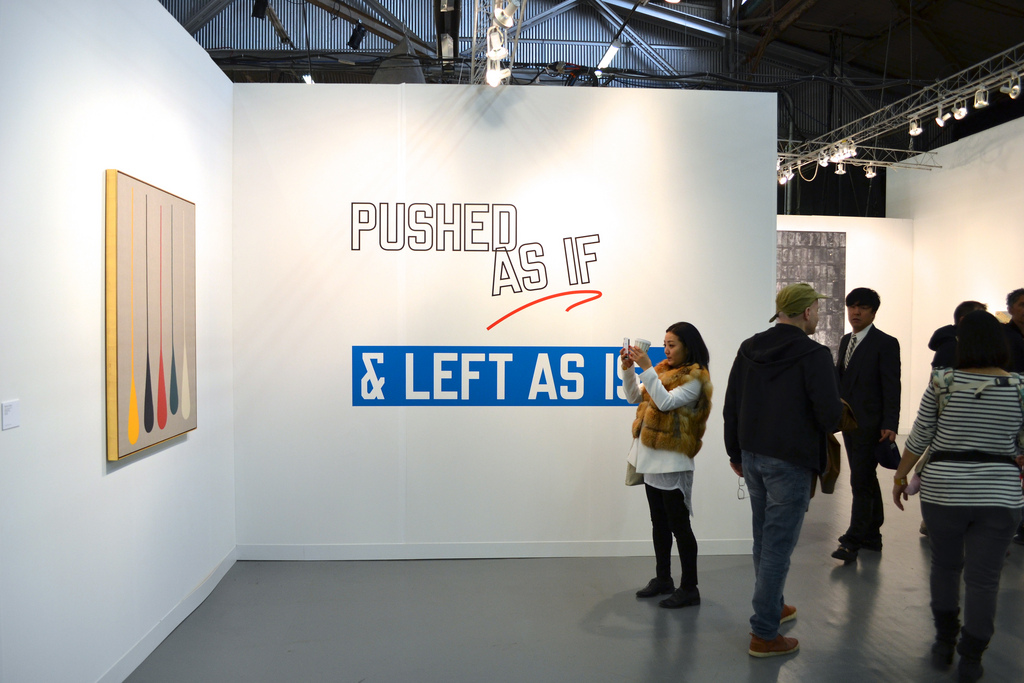 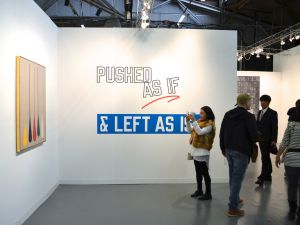 “Alphabet paintings” is the right name for these enormous, iconic billboards of hard-edged abstraction—seven of them here at Cheim & Read, all made between 1961 and 1967—not because graphically they’re more or less loosely based on letters of the Roman alphabet, but because they function like letters of the alphabet. Each canvas is the product of enormous, drawn-out labor—Held evolved them through multiple shapes and compositions, building up so many layers of paint that little imperfections became knuckle-sized bumps—but the composition reads as a single form in a single glance. Every separate element—the flat, clean color, the glistening sharp edges—is reduced to a part that can do nothing but support or disrupt the total function. And this applies in time, too, so that the expansive matte maroon field of Upside Down Triangle (1966), which otherwise might encompass the universe, is corralled by the addition of that titular triangle in the middle—nothing is over till it’s over. But when it is over, nothing matters except the way it ends.

With the exception of The “I” (1965), in which two white, trapezoidal notches in an otherwise all-black canvas make the whole thing seem to bend in like a lens, they also all press out, like text, as you read them, right up into the eye. Ivan the Terrible, for example, an asymmetrical, orange-yellow X on a blue ground set above a black-on-black truncated T, not only doesn’t hang quietly—it practically pushes you out of the room. (Through April 20)