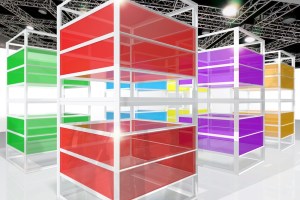 It’s hard to believe, but the inaugural Art Basel Hong Kong is now only about two months away, set to run May 23 through 26. (It feels like just yesterday that the event was announced, though actually it was almost two years ago that Basel bought Art HK, creating the fair.) Today it announced the 17 works that will be included in its special Encounters program, which allows exhibitors to show especially large-scale works throughout the Galleries section of the fair. Its organized by Yuko Hasegawa, chief curator of the Museum of Contemporary Art, Tokyo, and curator of the Sharjah Biennial 11, which opened last week.

Among the artists showing work in the section are Liam Gillick (courtesy of Dublin’s Kerlin Gallery), Marnie Weber (via Simon Lee of London, and now also Hong Kong) and Haegue Yang (Seoul’s Kukje Gallery), who will present a “…suspended sculpture…constructed from a number of household venetian blinds, attached together to form two giant chandeliers,” according to fair’s news release. The full, official descriptions of the artworks, directly from the release, follow below.

– Arndt (Berlin) will present Circa, 2011, by Indian artist Jitish Kallat (*1974). The 120-part sculpture is painstakingly created to appear like real bamboo scaffolding, thus evoking the transitory image of Mumbai as one sees it today: caught in a state of perennial (re)development.

– Yumiko Chiba Associates (Tokyo) will display Noosphere, 2012, by Japanese artist Takuma Uematsu (*1977). The piece consists of three chandeliers made up of small pieces of brightly colored agate stone in-set with shards of mirror.

– Kukje Gallery (Seoul) will present a new commission by Korean artist Haegue Yang (*1971). The suspended sculpture is constructed from a number of household venetian blinds, attached together to form two giant chandeliers.

– Simon Lee Gallery (London and Hong Kong) will show sculptures by American artist Marnie Weber (*1959), providing a textural landscape that establishes the relationships between the characters in Marnie Weber’s films, creating a fairytale environment which immerses the viewer into the artist’s imagination.

– Magician Space (Beijing) will present a major installation by Chinese artist Zhuang Hui (*1963). 11 Degree Incline, 2008, is a giant sculptural replica of a historic symbol appropriated from the Old Summer Palace in Beijing, which was built during the Qing dynasty and was destroyed in 1860 during the Second Opium War in China by British and French forces.

– Edouard Malingue Gallery (Hong Kong) will showcase a neon text installation by French artist Laurent Grasso (*1972). Over seven meters wide, Visibility is a Trap, 2012, is a direct reference to Michel Foucault’s theory of Panopticism as elaborated in the theorist’s seminal text ‘Discipline and Punish’ (1975).

– Mizuma Art Gallery (Tokyo) will show It Means Nothing to Me, 2012, by British artist Susan Philipsz (*1965). A six-channel immersive sound installation, the work will be broadcasting recordings of the artist and her father singing ‘The Ash Grove’, a song about a lover who has been buried in an ash grove, and which carries particular significance as it references the artist’s childhood.

– One and J. Gallery (Seoul) will display a new interactive installation by Seung Yul Oh (*1981), constructed from a number of large-scale tube-like inflatables, which visitors will be encouraged to force their way through.

– Osage Gallery (Hong Kong) will present Hong Kong Intervention, 2009 by Chinese artist Sun Yung (*1974). For this series of 200 photographs, Yung invited 100 Filipino domestic workers to take a picture of their work spaces, with the stipulation that the photograph must include within it a faux, toy grenade, provided by the artist. These images will be presented alongside portraits of the participants taken from behind, articulating the tension between intimacy and estrangement, anonymity and incursion.

– Project 88 (Mumbai) will show A Different Gravity, 2012, an installation by Raqs Media Collective (*1992), featuring words projected onto furniture and furnishings. The pieces of furniture—a table, a chair, a mirror and a carpet—are suggestive of a room where anticipation reigns, as if something was about to happen.

– Galleria S.A.L.E.S (Rome) will display China Purple, 2010, by Italian artist Flavio Favelli (*1967). The installation, built from old parts of furniture, forms a room which is open on two sides. The exterior resembles typical furniture from historic Italian bourgeois houses, contrasted with an interior that is painted in Chinese red lacquer and varnish, decorated with an oriental floral motif appropriated from Amarena Fabbri vases. The clash of styles is assembled as a representation of the artist’s experiences of European and Asian styles during his childhood in Italy.

– Tang Contemporary Art (Bangkok, Hong Kong and Beijing) will present a hanging sculpture by Beijing-based artist Wang Yuyang (*1980). Determine, 2013 will use 3D- modelling software to convert an anonymous short story about an adulterous love affair into a series of codes, 0 and 1, transforming the tale into a three-dimensional model.

The list of exhibitors at Art Basel Hong Kong is available right here. 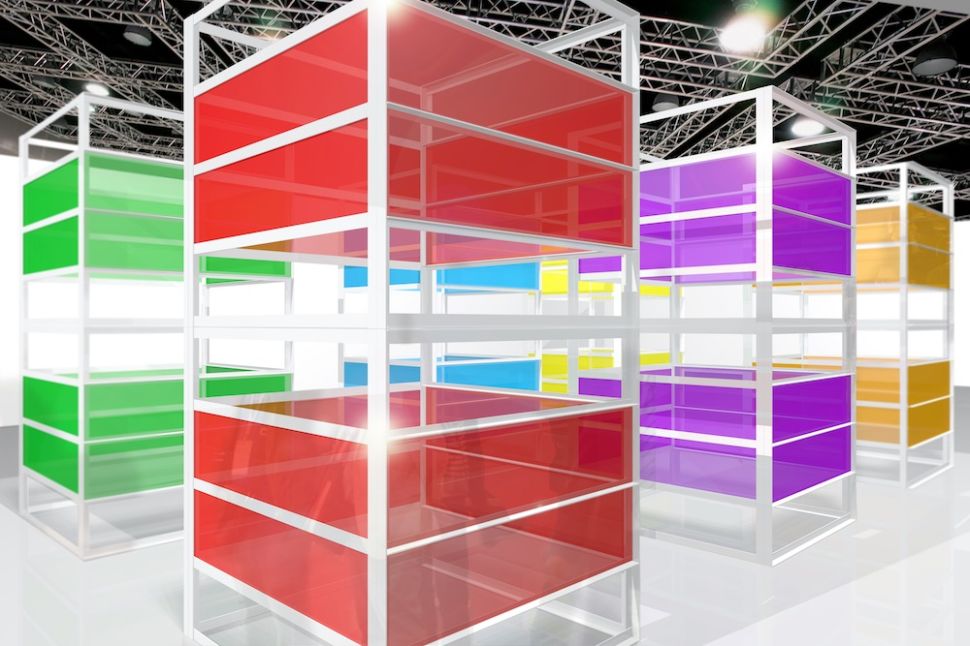