CAPE MAY – On the far side of swamp lands amid rising mist in late March with the ocean slanting to southward up against the beach, Republican Susan Adelizzi-Schmidt of Upper Township won the formal backing of the Cape May Republican Party tonight at the Grand Hotel.

Businesswoman Adelizzi-Schmidt wants to get through the LD 1 Republican Primary to take on state Sen. Jeff Van Drew (D-1) in the general election.

Adelizzi-Schmidt is the first woman to receive the backing of a major party for a state Senate run in the 1st District.

In the room on the fifth floor of the hotel floated a casting call of Republican stars who see this southernmost tip of the state as a 2013 battleground, including Gov. Chris Christie political operative Mike DuHaime and state Sen. Minority Leader Tom Kean, Jr. (R-21).

“At this point, we’re going to have brief speeches,” Donohue told the convention hall after he announced the results of machine voting.

“The great part about being first is it will be Senator Kean who made you late for dinner,” cracked Assembly Whip Dave Rible (R-30).

Kean took a victory lap at the microphone.

“This fight is about making this state more affordable and have a governor we can truly be proud of,” Kean said. “The governor needs allies up and down the ballot. Thank you for sending Susan north to Trenton.”

He was jubilant in the aftermath.

“She’s going to win,” said the Senate minority leader, as Adelizzi-Schmidt descended the stage with Donohue and her running mates. “She has earned the right to run; this is a small businesswoman who knows and breathes this district. She will outwork her opponent.”

Freeholder Gerald Thornton recalled running with Kean’s father, former Gov. Thom Kean. Sr., and said he sees the potential this year for the governor to deliver strength to the rest of the ticket.

“That was a good place to be, sir,” Kean exulted.

“I’m just so excited to be in front of you right now,” she told the GOP. “We are running to victory this November.”

The tally among the Assembly candidates (for two seats) was as follows: 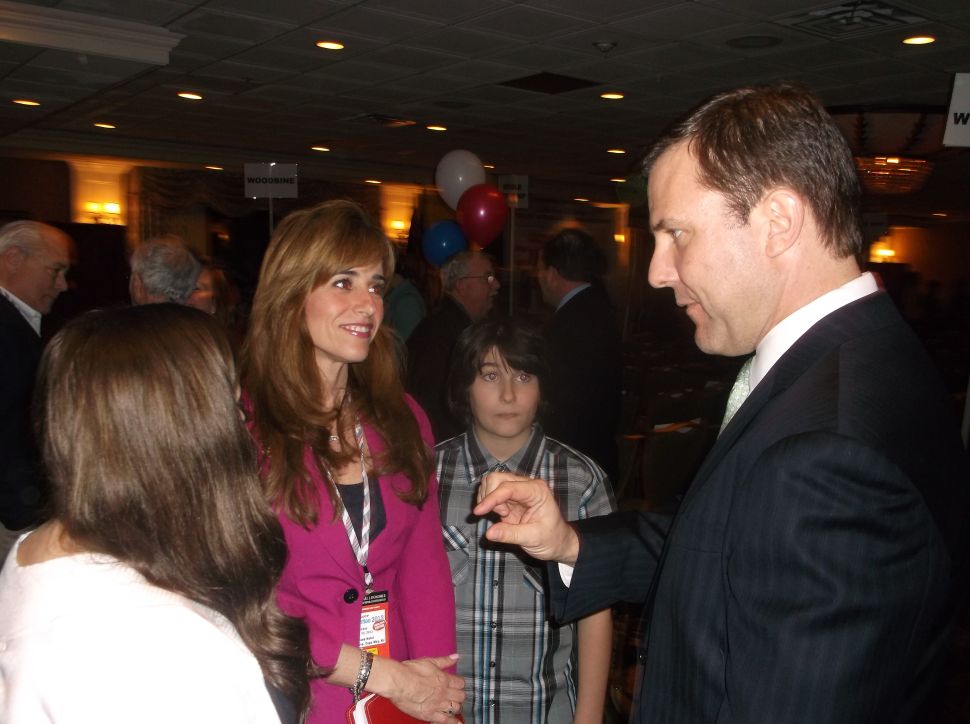