As lawmakers head today into a meeting of the joint oversight committee called to discuss the state’s debris removal contract with the Florida-based AshBritt Inc., much has already been made of Gov. Chris Christie’s connection to AshBritt lobbyist Haley Barbour.

The former Mississippi governor (pictured) was among those who recommended AshBritt to Christie.

But another prominent lawmaker who sits on the committee that will question AshBritt’s founder today also has strong ties to Barbour.

State Sen. Tom Kean, who is the ranking Republican member of the committee, held a fundraiser 18 months ago at which Barbour was the featured speaker.  According to the invitation, the event ranged from $250 to $5,000 per head with the money going to support Kean’s re-election bid.

According to records filed with the Election Law Enforcement Commission, Kean took in more than $100,000 to his campaign account on Sept. 16, three days after the fundraiser.

The fundraiser has some Democrats grumbling that the Barbour tie could prevent Kean from being an impartial member of the committee.

Kean did not return a call for comment, however, a spokesman for the Senate Republicans said the fundraiser took place a year before anyone in the state had heard of AshBritt and dismissed any notion that the tie to Barbour would affect the hearing.

“The implication is offensive,” said spokesman Adam Bauer. “Haley Barbour was the sitting Governor of Mississippi when he did that event for Senator Kean.  As you know it is standard practice for major names on both sides of the aisle to help candidates raise money.  In addition, it’s not as if they have some sort of longstanding close relationship any more than Barbara Buono will have a close relationship with most of the people who come in to raise money on her behalf. So no, it has no impact on today’s hearing whatsoever for Senator Kean.” 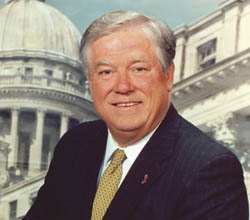