“This is more about showcasing Democratic hopefuls for the camera than the public policy of the governor,” Bramnick groused.

A GOP member of the oversight committee, the minority leader singled out state Sen. Robert Gordon (D-38), chair of the committee, who’s running for re-election in a battleground district, Assemblyman Ruben Ramos (D-33), who’s running for mayor of Hoboken, and Assemblyman Peter Barnes (D-18), who – while not a member of the committee like Gordon and Ramos – convened a press conference yesterday to question the no New Jersey-bid $100 million AshBritt contract.

Barnes is running for the state Senate.

Not least of which, the committee features state Sen. Barbara Buono (D-18), who’s running for governor against Christie. 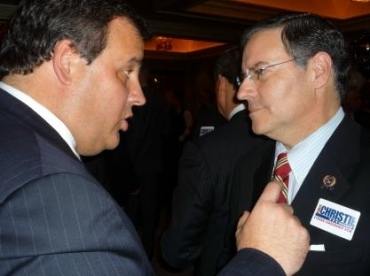