TRENTON – Gov. Chris Christie’s likely gubernatorial challenger wasted little time Friday in getting into heated debate with the CEO of the company charged with debris removal in the state following Superstorm Sandy.

Near the onset of a joint legislative oversight hearing called to discuss the state’s debris removal contract with the Florida-based AshBritt Inc., Sen. Barbara Buono, (D-18), asked AshBritt CEO Randy Perkins whether he was aware that “piggybacking” the state’s cleanup contract off another state’s bidding process could jeopardize Federal Emergency Management Agency funding.

The question spurred a heated exchange between the presumptive Democratic gubernatorial candidate and the AshBritt official.

“What I can tell you is that before our contract was signed by the state of New Jersey, … the head of council for FEMA … signed off on the contracting process,” said Perkins, adding the person who controls the checkbook was “sitting at the table.”

Buono continued to question Perkins on whether he knew the piggyback contract could jeopardize FEMA funding.

Perkins first disagreed with Buono that the piggyback contract could call in heightened scrutiny, but later said he was aware it would after the joint task force’s chairman read FEMA rules that dictated that it would.

“This then triggers increased levels of scrutiny which could then jeopardize [the funding],” Buono charged, asking again whether Perkins was aware of the information and then inquiring whether he shared that information with the administration.

“You are trying to say that the state of New Jersey has jeopardized,” Perkins said.

“No, I’m not saying that,” Buono interrupted, “FEMA said that.”

The lawmaker criticized Perkins for skirting around answering the question.

“What I object to is taking a half hour to answer a simple yes or no question,” Buono said. “I asked you whether or not you were aware of the increased level of scrutiny.”

The initial exchange between the two prompted Republican lawmakers to call the integrity of the hearing into question, arguing the hearing amounts to nothing but “political theater.”

“Is this a campaign rally or a hearing of the General Assembly and Senate,” said Sen. Joe Kyrillos, (R-13). “My goodness!”

“What we’re concerned about is whether the net result is that the taxpayers will be paying more while less is going to the victims,” she said. “We are on the side of the taxpayers.”

“That’s why we’re selected time and time again throughout the United States,” he said. “The same criteria, the same rationale, was used in the state of New Jersey.” 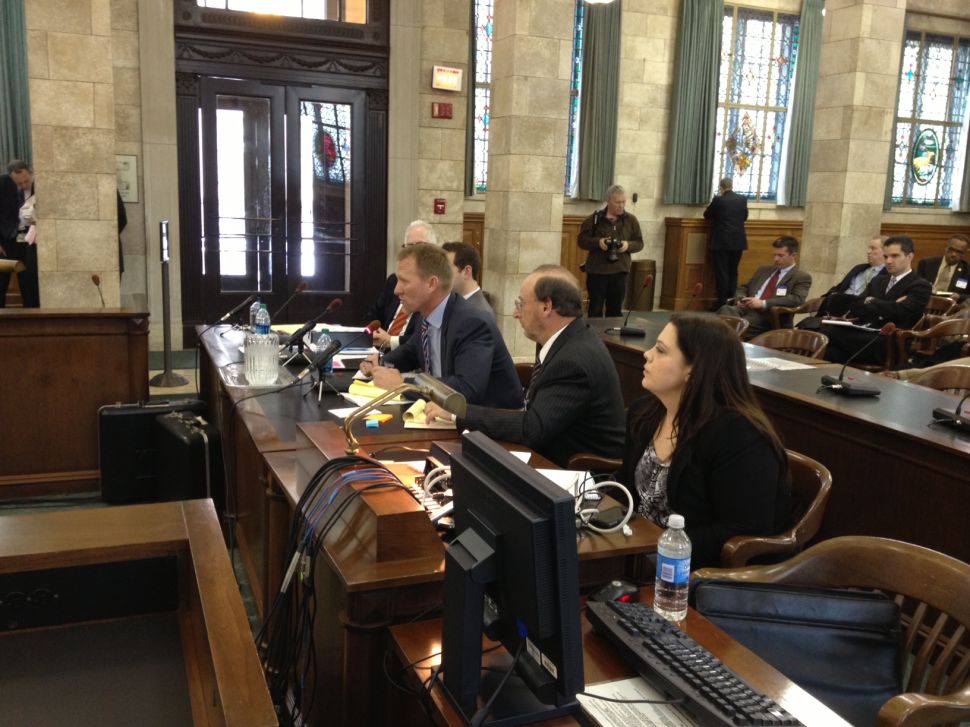