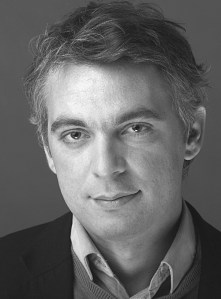 San Francisco’s CCA Wattis Institute for Contemporary Arts announced today that it has selected curator Anthony Huberman as its new director. Mr. Huberman, who will start in the role in August, is currently director of New York’s Artist’s Institute, a CUNY–Hunter College project on the Lower East Side that has presented rich programming based on the work of a different contemporary artist each semester, including Rosemarie Trockle, Jimmie Durham and Haim Steinbach. He launched the institution in 2010.

“Anthony has developed some of the most thoughtful and inspired programming in the field and has worked extensively with a broad range of international artists, writers, and curators,” CCA President Stephen Beal said in a statement released to press. “In addition to his curatorial vision and expertise, he brings considerable writing, publication, and teaching experience. I am delighted that Anthony will be joining us and am certain that he will lead the Wattis to new heights.”

The new director has served as chief curator of the Contemporary Art Museum St. Louis (2007–10), curator at the Palais de Tokyo (2003–06) and director of education and public programs at MoMA PS1 (1999–2003). He’s been widely published, and in 2007 penned the very excellent essay “I (not love) Information,” which was published in Afterall.

“It is a great honor and privilege to join the CCA Wattis Institute,” Mr. Huberman said in a statement. “I have followed its program for many years and have always been impressed with its willingness to take risks and test new ideas.”