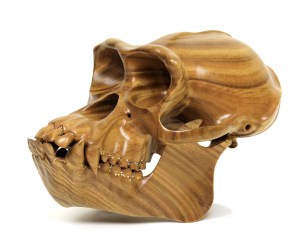 About five years ago, Lowery Stokes Sims, whom the Museum of Arts and Design had recently hired as curator, was mulling ideas for exhibitions. At the time, the artist Martin Puryear, who is known for large, delicate sculptures made of wood, had a retrospective at MoMA, and one day Ms. Sims went to go see him in conversation with John Elderfield, then a curator at the museum.

“I was struck that he emphasized the fact that, as opposed to sending work out to be fabricated, he really wanted to engage the material and see where the material led him,” Ms. Sims told Gallerist on the phone last week. “Our mantra here [at MAD] is materials and process. A light bulb went off in my head, and I said, ‘I’ll work on wood!’”

The result of that eureka moment is “Against the Grain,” an exhibition of almost 90 works made by artists since 2000 that involve that material. The participants in the show, which opened last week and runs through Sept. 15, range from household names like Ursula von Rydingsvard and Frank Gehry to artists whom one might not think of as wood artists, like Phoebe Washburn, who makes installation pieces; Ai Weiwei, who is perhaps best known as an activist; Betye Saar, a bricoleur in many different materials; and Sarah Oppenheimer, whose work plays with architecture. There’s a sizable contingent of female artists who grew up during the 1960s and ’70s, Ms. Sims noted, when women were being allowed into the woodshop for the first time, often only after court victories for gender equality in education.

“There was a common approach to wood that was very postmodern,” Ms. Sims said, describing themes that emerged as she was researching the exhibition. “Things were mimicking wood, things were pasticheing wood. There was whimsy.” One artist in that mold is Judith Belzer, whose contribution to this wood exhibition is made of just oil and canvas. It’s a painting from 2007, more than 11 feet wide, that is part of a series she calls “The Inner Life of Trees,” and depicts, close-up, the grain of a tree trunk. It’s impossible to tell whether one is inside or outside of the trunk. To look at the piece is to feel that you are moving through the wood. 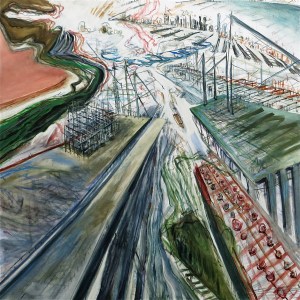 Late last week, Ms. Belzer was at her gallery in Chelsea, Morgan Lehman, waiting for her latest paintings to arrive for her new show, which opens March 28, and she recalled making those works about five years back. She had been painting images of the natural world since the late 1970s, she said, and “I just started going closer and closer up to them. I started doing paintings that had to do with bark, and then went inside the trees, the inner life of trees.”

“Allowing the painting to guide me makes for the most successful work,” Ms. Belzer said. She works without photos, from her imagination, aided by long walks around her home in Berkeley, California. Ms. Sims said she sees that long wood painting as “almost like a stereoscopic view of the tree. It kind of reminds you of what it would be like to stand next to the big tree in Avatar.”

For her latest show at Morgan Lehman, Ms. Belzer has pulled back her view, from trees to whole worlds, depicting cities and networks constructed atop natural landscapes. Quick lines—they could be wires or roads or even streams within a waterfall—cascade by patches of green mountains in these new works, which she calls “Edgelands.” They show “places where the natural landscape and the built environment meet up, and this energy is formed, both good and bad,” she said. “This industry has this incredible forward momentum, but perhaps it’s been a little cavalier, and not thought about.” As in her wood painting at MAD, representation bleeds into abstraction and vice versa.

These liminal spaces, metaphorical and real, where industry, commerce and the natural world meet in fast, angled sutures may very well be inspired by the artist’s own surroundings. “You feel very tippy and vertiginous,” she said of those walks and bike rides she takes around the Bay Area, where she lives with her husband, the journalist Michael Pollan. “From where I live you can see the freeway, port, racetrack, oil refinery, the Golden Gate Bridge and the Bay Bridge and Mount Tampalais.”

Ms. Belzer will also have work in “Drawn to Nature,” a show about artists exploring the natural world that opens April 2 at Wave Hill, the pastoral garden and exhibition space in the Riverdale neighborhood in the Bronx. There she will present new watercolors that at first look like abstractions but could as easily be aerial views of cities or circuit boards glimpsed up close.

Ms. Sims came across Ms. Belzer’s work while making her gallery rounds. She said that, even with the more than 80 works in the show, there were scores of great works that are not included, like Sherrie Levine’s faux wood paintings, and some pieces by Carroll Dunham that have his phallic characters atop wood grain. Perhaps a sequel is in order.

Happily, the show includes a piece by the artist who inspired it. “Martin Puryear contributed a chair,” Ms. Sims said, and then let out a raucous laugh. “Martin has very strong feelings about what craft is, and what art is. And this was his way of participating. He called it a skeuomorph, so that means it’s not really a chair. It’s an object that has the qualities of another object, without it being that object.” 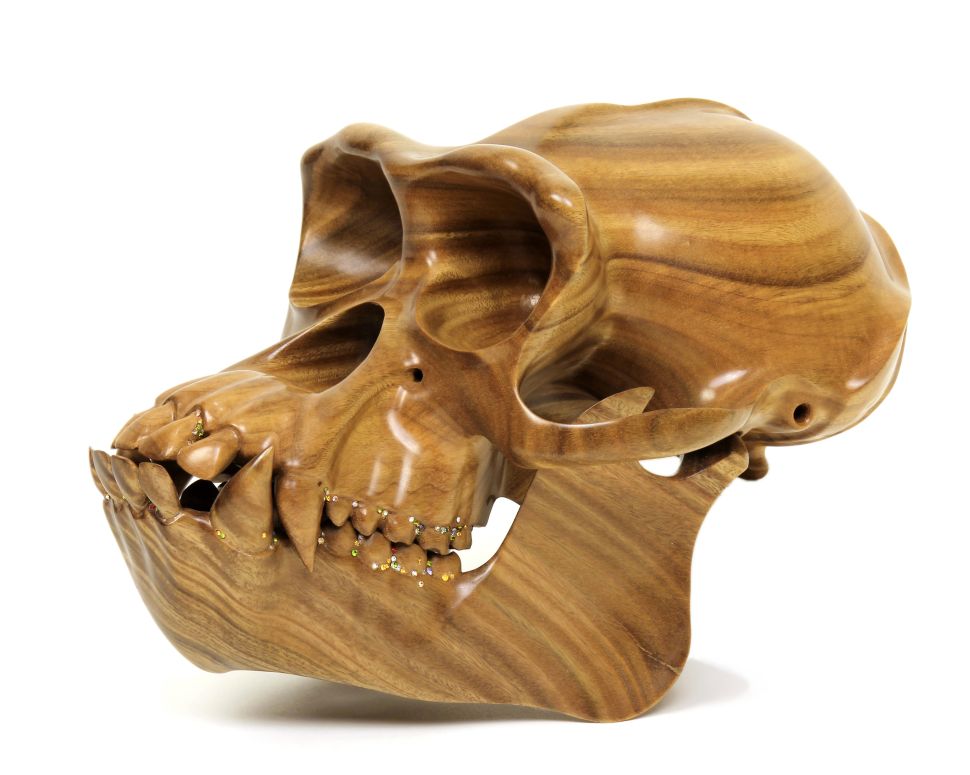