Outspoken Councilman Charles Barron is backing John Liu in the New York City mayoral election this year and he’s also getting involved in races out of state. On Tuesday, Mr. Barron served on the host committee of a Soho fundraiser for Chokwe Lumumba, who is running for mayor in Jackson Mississippi. Mr. Lumumba is an attorney and City Council member whom Mr. Barron said he has known for years through their work in activist circles.

“Chokwe Lumumba is a long-time friend and freedom fighter,” Mr. Barron told Politicker at a forum on stop-and-frisk last night in Brooklyn. “He got elected to the City Council in Jackson, Mississippi, which is, you know, a majority-black population town. There’s seven Council Members. So it’s good to see black, strong, conscious people getting involved in the electoral arena. And [when] he becomes mayor of Jackson Mississippi–that’s going to be a historic moment.”

Mr. Lumumba was a key member of the Republic of New Afrika movement, a group that began in the late 1960’s and was dedicated to pushing for slavery reparations and the establishment of a sovereign, African-American nation located in the southeastern United States. Now, Mr. Lumumba is among a crowded field of candidates who are vying to replace incumbent Jackson Mayor Harvey Johnson Jr., who’s running for a second term. Mr. Lumumba has described his platform as being based on the idea “that Love plus the Power of the people equals progress.”

“It’s going to be great for all people to see a new kind of leadership that’s a lover of human rights, effective in dealing with an objective–a locked-out, a most oppressed people in the country. He has a history of going all over the country doing that,” said Mr. Barron of Mr. Lumumba.

Newark Councilman Ras Baraka was also on the host committee of Mr. Lumumba’s Manhattan fundraiser and his father, the controversial poet, playwright and activist Amiri Baraka, performed at the event. The younger Mr. Baraka has declared his intention to run for mayor in Newark and Mr. Barron said he would be backing him as well as Mr. Lumumba.

“So to support Chokwe Lumumba for mayor, and looking at Ras Baraka, Amiri Baraka’s son–I’m supporting him for mayor of Newark,” said Mr. Barron. “Get rid of the Cory Bookers, the sell-outs, those who are afraid to speak truth to power. It’s going to be beautiful day.” 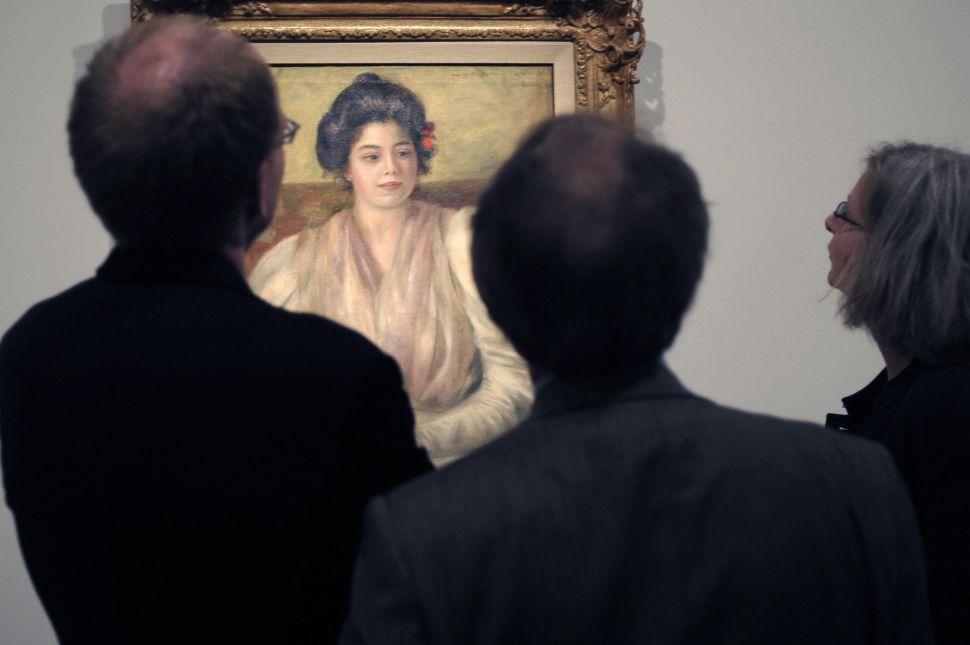