JERSEY CITY – Union City Mayor Brian P. Stack called Gov. Chris Christie the greatest governor ever, and Harrison Mayor Ray McDonough already issued a formal endorsement as Democrats internally kick around the possibility that more of their own will peel off to back the incumbent Republican.

“He’s showing wisdom,” Christie said of Stack, who along with Essex County Executive Joe DiVincenzo, is arguably the governor’s most ardent public supporter among Democrats.

Another possible public backer of Christie’s, state Sen. Sandra Cunningham, (D-31), sat in the front row of this morning’s press conference at Metropolitan Community Health Center. “No comment,” Cunningham told PolitickerNJ.com when asked if she plans to endorse the Republican governor.

“I’m asking for their votes,” Christie said, referring to both Cunningham and Jersey City Mayor Jerry Healy, who sat next to each other in the front row as Christie answered questions from the media.

“I don’t have any expectation of more Hudson County endorsements,” Christie said, adding that if there are Democrats pleased by his performance he wants their support in this election year.

Regarding those local Dems who might respond negatively to his decision to campaign in the Democratic stronghold, Christie said, “I’m the governor of the entire state.”

He said his staff in 2009 cautioned him about barnstorming Democratic Party beehives, and he said he didn’t expect to win then or now, “But I think I’m going to get a lot more votes than you’d suspect,” he said.

If all he gets is 15 votes in Jersey City, it won’t be for lack of trying, the governor added. 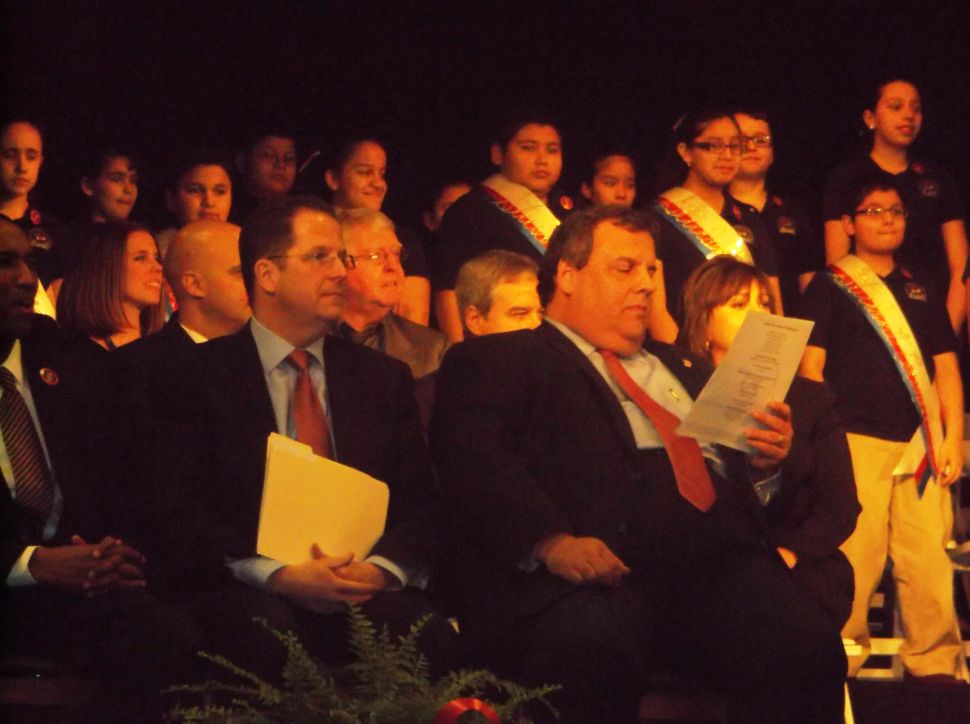