Christine Quinn in the Bronx with supporters and her father, Larry.

City Council Speaker Christine Quinn launched her campaign yesterday with a nod to her roots by kicking off a five borough “walk and talk” tour at the intersection of Broadway and Isham Street in Inwood a stone’s throw from a church with ties to her family. Ms. Quinn used the tale of her grandparents’ journey from New York to Ireland to emphasize the main theme of her campaign–fighting for the middle class. Along with articulating her message, the five borough tour allowed Ms. Quinn to directly address the central questions and controversies surrounding her campaign, namely, her seemingly close ties to the current occupant of City Hall, Mayor Michael Bloomberg.

“It’s very exciting to get to be here right across the street from the church where my parents were married, and my sister was baptized and my grandfather was buried, from right near where my mother grew up to announce that today I am officially running to be the mayor of the great City of New York,” declared Ms. Quinn in the first of the day’s five speeches. “This is a city where, 100 years ago, all four of my grandparents, really just kids basically, got on ships and went across oceans … They had heard that magical things could happen here, that if you came here you could get work, you could get decent housing, you could be free and you could get out of poverty. And that’s what this city did for them and for my family it gave us a gateway into the middle class. … That’s the ultimate truth about New York, that it needs to remain and become even more that place of opportunity, a place that’s a beacon for the middle class and people who are fighting so hard to get into that middle class.”

In addition to describing her vision for providing “middle class and working class people” with “decent housing,” “affordable childcare,” “great public schools,”  “safe streets” and “good jobs,” Ms. Quinn focused on another core element of her pitch to voters–her experience. According to the polls, Ms. Quinn is the overwhelming frontrunner in the race. She’s also the highest ranked elected official among the major Democratic candidates. These factors have led her rivals to spend a good deal of time and energy alluding to controversial aspects of her career, namely the perception she’s too close to Mayor Michael Bloomberg and that she is responsible for stopping the Paid Sick Days legislation. Ms. Quinn not-so-subtly dismissed the critiques from her rivals by repeatedly casting the mayoral campaign as a choice between her  proven record and “fingerpointing.”

“If you look at my record, it’s not one of criticism and fingerpointing, it’s one of action, results and delivering,” Ms. Quinn said. “Our job is to get things done to keep this city moving forward.”

After her first speech, Ms. Quinn took a few questions from reporters. Politicker asked about her strong showing in the polls, which have her with almost enough of a lead to avoid a runoff race against the other candidates in the Democratic primary.

“I hadn’t noticed,” quipped Ms. Quinn before downplaying the numbers. “Look, it’s March, we’re at the beginning of this race and we’re walking, and talking and running to win. And that means working every single day, taking nothing for granted. … We won’t know who won until election day and those are the only numbers that really matter.”

She also touched on the attacks from her opponents when she was asked about Bill de Blasio’s particularly relentless drumming on the Paid Sick Days issue.

“Again I hadn’t noticed … but thank you for telling me,” Ms. Quinn said of Mr. de Blasio’s salvos. “I support the goal of having Paid Sick Leave, but I don’t want to impose it at a time that could have a very negative effect on small businesses who are still being impacted by the recession, who are being impacted by the effects of Hurricane Sandy still economically.”

Ms. Quinn’s relationship with Mayor Bloomberg came up at multiple points during the day with both reporters and a heckler in Queens asking about backing the overturning of term limits that enabled his third term. Ms. Quinn characterized her choice as letting voters decide whether or not they wanted to keep their elected officials in the wake of the recent economic crisis. On the mayor, she suggested they simply haven’t butted heads because of her aversion to “fingerpointing.”

Ms. Quinn’s campaign is a historic one. If elected she would be both the first female and the first openly gay mayor in New York City. The historic nature of her candidacy drew some supporters to accompany the tour including a female former NYPD detective who brought two young girls and encouraged them to pose for a picture with Ms. Quinn at her second stop in the Bronx.

“This is women’s history,” she said as Ms. Quinn gave the children a hug. “This is history kids.”

Though her status as a pioneer was palpable on the tour with Ms. Quinn’s wife, Kim Catullo, accompanying her along the way, her sexuality and marriage was not shown in the video that officially launched the campaign yesterday morning. While in the Bronx, she took a question from a reporter about why these details were absent from the clip.

Reporters were not the only ones Ms. Quinn spoke to during her trip around the city. With a pack of sign-wielding supporters, family members and her press corps in tow, Ms. Quinn shook hands and introducing herself to voters. Apart from the lone heckler and a few passerby who grumbled as Ms. Quinn and her entourage passed, the reception she received was overwhelmingly enthusiastic during her first three stops in Inwood, the Bronx and Queens.

The relatively high name recognition that’s fueling Ms. Quinn’s status as a frontrunner was also on display. Before Ms. Quinn arrived in the Bronx, a cook named Ernest Aragonez was standing with two friends outside a bodega. He said he hadn’t made up his mind about who to vote for and seemed to no little about the candidates, but he had a distinct impression of Ms. Quinn.

“Who’s the other one? Casmiaditis? How do you pronounce that? That’s the other one, John Casmiaditis,” Mr. Aragonez said when we asked him who was running, mispronouncing the name of Republican candidate John Catsimatidis.

He said he didn’t know any of the candidates besides Ms. Quinn and Mr. Catsimatidis, but he had heard  “enough to know that Christine Quinn is pretty good.”

When Ms. Quinn arrived and began making brief remarks in the Bronx, Mr. Aragonez interrupted her.

“Thank you very much,” Ms. .Quinn responded. “I’m bringing you to all my press conferences. You’re a good amen chorus, as they say.”

Mr. Aragonez wasn’t the only one present who didn’t have extensive knowledge of the other candidates. Dana Snyder, a volunteer with reddish hair who carried one of Ms. Quinn’s signs said she supported the candidate because she “speaks her mind” and is “particularly left of center.” She didn’t know about anyone else in the mayor’s race.

“I don’t really know very much to be honest. I really only know about Quinn. I’m only a temporary New York resident, so I can’t actually vote,” Ms. Snyder said explaining that she’s a Maryland native who’s currently studying at Barnard.

They may not have known much about the other mayoral options, but the people Ms. Quinn encountered in the Bronx were certainly enthusiastic about her candidacy. As she walked down the street a BX5 bus stopped next to her and the driver opened his doors to shout, “Hi Christine! How you doing?”

She jumped on board to give him a quick hug and then hopped back down saying she didn’t want to delay the bus.

A Spanish translator walked alongside Ms. Quinn and helped introduce her to the Latino locals in the Bronx. It was clear her approach to the Latino community would not match Mayor Bloomberg, who often holds forth in heavily accented Spanish. She told us she would not be following his example.

“It’s funny, I can hear my mother yelling at me in high school to have paid better attention in Spanish,” said Ms. Quinn. “It wasn’t my forte, but I’m trying, little by little I’m trying.”

Another difference between Ms. Quinn and the infamously health conscious Mayor Bloomberg was apparent when she met Angel, a churro vendor who told her she had his vote. Ms. Quinn instructed a staffer to buy a bag of his churros for the volunteers.

“We’re going to get some for the truck,” she said, adding, “I don’t want any that are sugar free.” 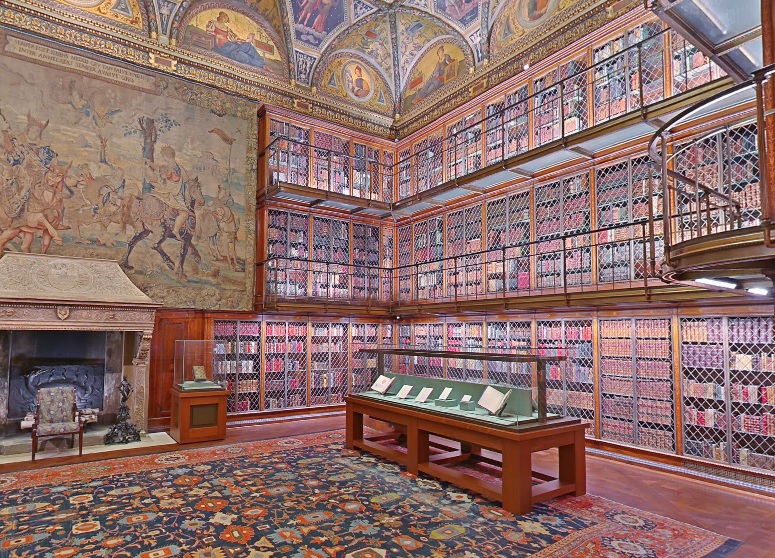