Today, the elected leaders of dozens of Communications Workers of America Locals voted to endorse Senator Barbara Buono for Governor.

“With one in ten residents out of a job, now more than ever, New Jersey needs leaders who will look out for working families and the middle-class. Our Locals overwhelmingly voted to support Barbara Buono for Governor because she understands and is on the side of middle-class families,” said Hetty Rosenstein, NJ Director. “Barbara Buono grew up in a working family and knows what it’s like for families to struggle to make ends meet.  She’ll fight for all of New Jersey’s families, not just the 1%.”

“CWA is made up of hard working New Jerseyans and I am honored to receive their support,” said Buono. “They have long defended the all-American notion that if you work hard you should be able to take care of your family. As Governor, I will stand shoulder-to-shoulder with them to ensure that is a reality in New Jersey.”

As a New Jersey legislator, Buono supported collective bargaining, as well as a responsible budget to create jobs. She supports an increase in the Minimum Wage and opposes Christie’s risky plan to privatize the state lottery. Buono is a co-sponsor of the call center bill to prevent the outsourcing of New Jersey jobs and opposed the elimination of telecommunication regulations that protect consumers, especially seniors.

Buono is also a strong supporter of Child Protective Services and a powerful advocate for protecting services to people with disabilities.

The CWA is proud to stand alongside Barbara Buono in the fight to create jobs, spur economic growth and get New Jersey back on track.

The Communications Workers of America (AFL-CIO) represents both private sector and public workers. CWA represents more than 70,000 working families in New Jersey, including over 40,000 state workers, 15,000 county and municipal workers, and thousands of workers in the telecommunications, airlines, health care and direct care industries. 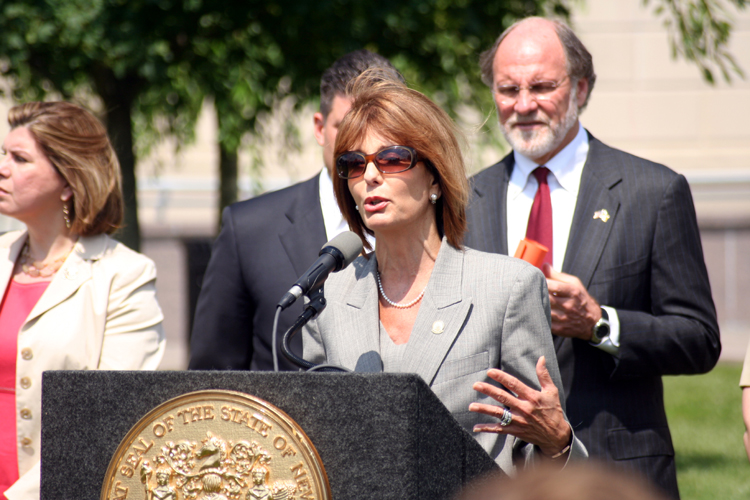