The television commercial will run as a statewide cable buy for the next few weeks.

“Bad” can be at http://www.youtube.com/watch?v=8DyQClcaHa4&feature=youtu.be

“Even though New Jersey has an efficient, award-winning lottery, Governor Christie is stubbornly seeking to privatize it. This is a big gamble in terms of both job loss and our state’s economy,” said Seth Hahn, Legislative and Political Director for CWA NJ. “With one in ten New Jerseyans already out-of-work, lottery privatization is a bad deal which would make foreign corporations rich while making things worse for taxpayers and small businesses.” 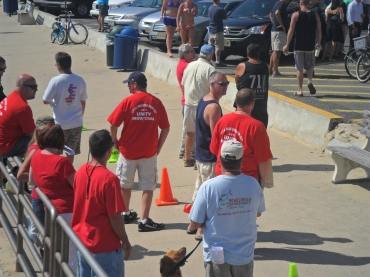