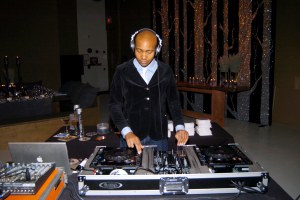 Spooky is not a people person. “I’m not a people person,” he said. “I like reading; I just want to chill. I want to focus on things. I’m a work-oriented person.” He came to his love of books and solitude by way of his academic parents—his father was the dean of Howard University Law School, his mother a writer—who raised him in Washington, D.C. Once, when he had plans to go to a Diana Ross concert with his mother, his older sister locked him in a book-lined room and told their mother he’d decided not to go. It took him hours to realize they’d left without him, so absorbed was he in reading. When he did, he crashed through the room’s glass door, an incident that still registers on his face as a pale scar that slices into his left eyebrow.

He started deejaying when he was an undergrad at Bowdoin College, a small liberal arts school in Maine. He threw parties called “Dr. Seuss’s Eclectic Jungle” and hosted a radio show of the same name. Maine is the whitest state in the U.S., and Bowdoin was hardly diverse, but it wasn’t race that alienated him, it was the generic music blasting from the frat houses. He’d drive out on the country roads that snake along the isthmuses of Maine’s ragged coastline. He dyed his dreads green. He made frequent trips to the Rhode Island School of Design, where the girls were “a lot cuter” and he could hang out with his friend, the street artist Shepard Fairey.

After graduation in 1992, he moved to New York and got a gig writing about music for The Village Voice. He started deejaying the “Molecular” party at Save the Robots. He remembers those days fondly. “I was doing mash-ups before there were mash-ups.”

Ms. Tomer attended some of these events. “I remember one in Chinatown,” she said, “in what I think was probably an illegal club, and there were these crazy hammocks that somebody made from this orange ‘do not cross’ kind of material. People were just sort of lying in the hammocks listening to Paul mixing.”

He signed with the label Outpost/Geffen and released a slew of albums, EPs and singles. In 1998, he went on a national tour. “If you look at it from a music perspective, he was in the limelight in the late ’90s,” said Mr. Yashiv, who played keyboard on that tour. “At the time, it seemed like he was really consciously deterring from—” He paused. “Everything that remotely sounded mainstream would be changed. I used to tell him people would kill to be in his position.” 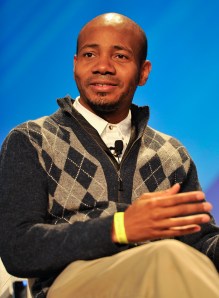 “Once people achieve a certain level of notoriety or fame, their sense of self is just totally boring,” Spooky said in his loft. “I always feel it’s important to explore and regroup and keep your mind open … I didn’t engage in the way many of my friends who are artists would do, like Shep Fairey. Shep is an old associate, and he was doing stickers. I do stickers, but I would switch it up; he would stick to a specific formula.”

Around the time of his 1998 tour, Spooky began spending more time in the art world, exhibiting his sculptures, drawings, and sound and video installations with galleries like Paula Cooper, Annina Nosei and the now-defunct Deitch Projects. “Maybe the most important aesthetic innovation of the past 15 years has been the reinvention of collage,” said Mr. Deitch. “And Paul is one of the leaders.” Annina Nosei remembers the show she did with him in 1996, “Death in Light of the Phonograph: Excursions into the Pre-Linguistic,” as an investigation into the structure of sound and languages that reminded her of The ONCE Group, an avant-garde art collective she belonged to in the early 1960s.

Spooky has his differences with the art world. “I always think of a curator as a gatekeeper,” he said. “You’re walking in a huge open prairie, open in every direction, and there’s a gate in the middle of the prairie. There’s a person standing in front of the gate who says you can’t go through the gate, and you’re like, ‘This is a big open place, why do I need to go through the stupid gate?’ I could walk around the gate, you can fly over the gate, for that matter, you can dig under it. It doesn’t matter, but they want you to go through this one portal. It doesn’t make sense.”

Not so much frustrated with the gallery scene as bored by it, he’s pretty much his own dealer these days, which helps explain his relentless networking.

“We met at a downtown benefit about 15 years ago,” RoseLee Goldberg, founder of the Performa biennial, said over email. “When I said my name, Paul said, ‘Oh, you wrote the book [on performance art]. That’s my bible!’ We’ve been friends ever since.”

Ms. Goldberg was among the handful of friends and colleagues sitting in the first few rows of the Met’s auditorium for a rehearsal of “Of Water and Ice” in early March. This time, Spooky and his turntables shared the stage with a singer, a violinist and a cellist. It may be one of his last performances as DJ Spooky. After the show, he’s leaving for the Maldives, the island nation he is representing in the Venice Biennale. At the Biennale, which opens in June, he will premiere a brand-new composition, “Maldives Adagio.” (He’s looking into the logistics of having a string quartet play underwater.) And then, “I’m thinking of taking a sabbatical from music for a while.” He plans to live for six to 12 months in the South Pacific archipelago Vanuatu, where he is building an artists’ retreat that will sustain itself by growing coffee. Whether he’ll be content for long on a cluster of islands that could fit comfortably in the state of Connecticut is anyone’s guess (the sabbatical was down to “two or three months” last we spoke). “Honestly, I’m really bored with music,” he said. After the Biennale, he’s “rebranding.” 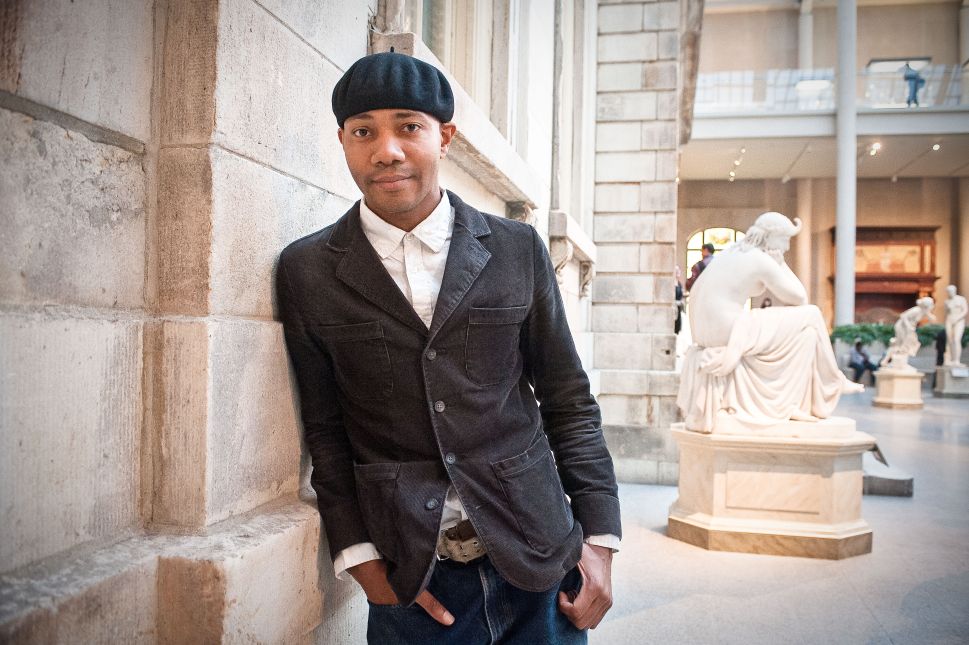