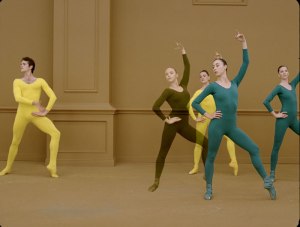 303 Gallery announced this morning that it is working with the Tel Aviv-born, Los Angeles-based artist Elad Lassry, who had been without New York representation. His last show at a commercial gallery in New York was in 2010 at Luhring Augustine.

Last year was a big one for Mr. Lassry here in New York. He presented a spare, beautiful exhibition, along with a performance at the Kitchen, and offered up a very mysterious image on the High Line billboard in Chelsea.

Mr. Lassry, who is perhaps best known for spare, deadpan and subtly surreal photographs that he encloses in colorful frames (though he has also branched out into films and sculptural works), was included in the 2010 “New Photography” at the Museum of Modern Art and the 2011 Venice Biennale.

Among the artist’s other dealers are David Kordansky in Los Angeles, White Cube in London and Hong Kong, and Galerie Francesca Pia in Zurich.

303 has really been on something of a tear lately. Recently they announced plans to move to a new gallery and have signed the rock star painter Jacob Kassay.