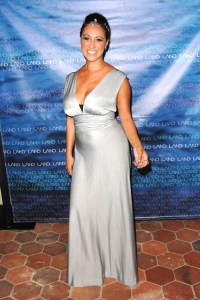 The sophomore edition of the Expo Chicago fair, which runs Sept. 19 through 22 this year, will have former Whitney curator Shamim M. Momin as the organizer of its special In/Situ section, officials announced today. The In/Situ area “provides the opportunity for exhibitors to showcase large-scale installations, site-specific and performative works by select international artists,” to borrow the words of the organizers. Last year Los Angeles–based curator and writer Michael Ned Holte handled curatorial duties on the In/Situ section.

Ms. Momin co-curated the 2004 and 2008 Whitney Biennials and is the co-founder of LAND (Los Angeles Nomadic Division), a roving curatorial nonprofit outfit based in the City of Angels.

“Following Expo Chicago’s incredibly successful first year, I’m looking forward to being a part of its sophomore effort, and hopefully building on the great presence it has already achieved,” she said in a statement.