“We are going to do individual Cape May, Atlantic and Cumberland conventions with notices and the whole bit,” Van Drew told PolitickerNJ.com. “We’ll do them separately.”

“Van Drew called the county chairs up to vote on the nomination, which hadn’t even been made under our rules,” Sungenis said later in a FaceBook post. “Under the rules of the CC Democratic Party a candidate must be nominated by one person from Vineland, one from Millville, one from Bridgeton, and one from the townships. No motions were called for or made, yet we were instructed to vote for the nomination.

“I raised a point of order, asking if discussion was to be allowed as required under our bylaws,” he added. “Chairman Bob Balicki said yes. Once the motion had been forced by one person and one second (not even under our rules), I got on the stage to speak. I spoke on how important it is to remember what it means to be a Democrat, and how Jeff Van Drew opposes labor unions. I was beginning to bring up his record on gay rights when Balicki took the microphone back from me and a committeewoman from Cape May (who didn’t even have a right to be at a Cumberland Democratic Meeting) forced me off the stage.”

Republicans were also alert to a possible violation.

“The County Chairmen were required to properly notice a meeting of the duly elected Democratic County Committee Members in the 1st Legislative District and tell them the reason for the meeting was to fill a vacancy for State Assembly, not Senator Van Drew,” said Donohue.  “Furthermore, the law states that the meeting cannot occur until there is a vacancy for at least one day after the notice is given, yet all the news reports indicate Assemblyman Milam announced his resignation last night and then the vacancy was immediately filled on the spot.  That is a clear violation of the law.  You can’t notice a meeting to fill a vacancy that doesn’t exist yet, and you can’t fill that vacancy immediately after it occurs.”

“Clearly Senator Van Drew and the Democratic bosses were more concerned with squelching any intra-party dissent to their handpicked candidate than they were about following the law,” said Greco.  “I feel badly for Sgt. Andrzeajczak and his family that such a proud moment would be tainted like this, but we believe that the legality of this move should be reviewed by the State and, if necessary, be re-done properly and in accordance with the law.”

He intends to put Andreazejcak before the committee people next month with an eye to having the war vet sworn-in in late March. 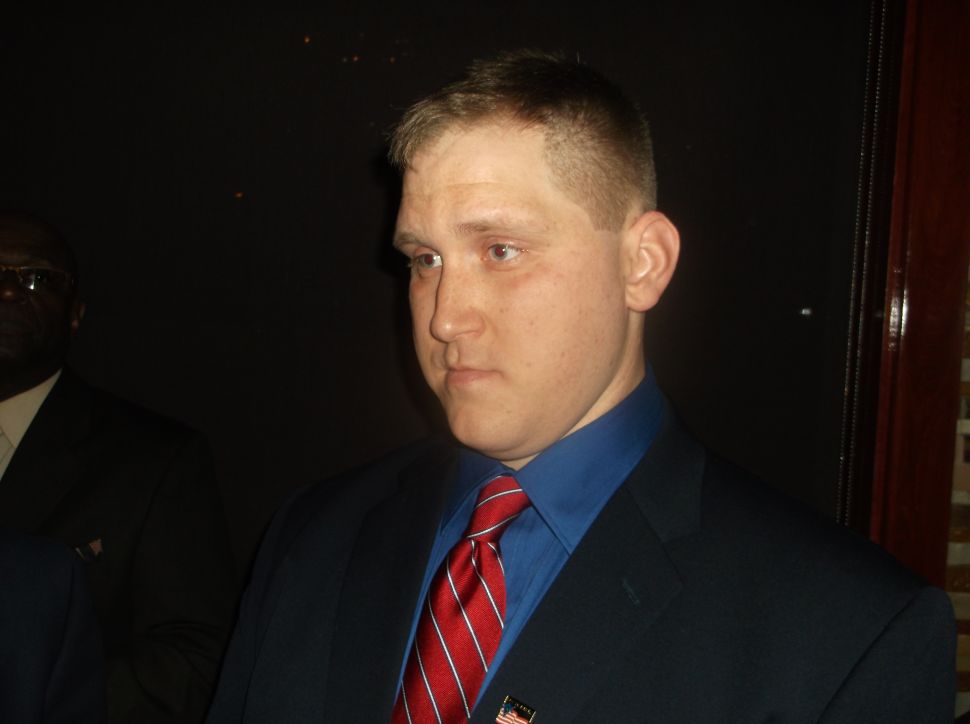