Up from 42% in a January poll, fully half say they want to see Booker succeed retiring U.S. Sen. Frank Lautenberg (D-NJ), with Congressmen Rush Holt (D-12) and Frank Pallone (D-6) lagging far behind at 7 and 4 percent respectively.

“Senator Lautenberg’s formal announcement that he won’t seek re-election in 2014 has definitely opened the door for those aspiring to his seat. Although it’s early and we are more than one year away from the Democratic primary, Booker’s early lead will be helpful in attempts to raise money and rally the party behind his candidacy,” said Krista Jenkins, director of PublicMind and professor of political science at Fairleigh Dickinson University.

In a head-to-head general election matchup with Fox News personality Geraldo Rivera, who says he’s interested in running as a Republican, Booker commands a sizable lead, with 52 percent endorsing the mayor and 21 percent favoring Rivera. About a quarter (26%) say they are unsure.

Jenkins said Rivera derives a good amount of his support from those who consider Fox News more trustworthy relative to its cable news competitors (CNN and MSNBC). Forty-one percent of those who consider Fox News more trustworthy than CNN (15%) and MSNBC (10%) endorse Rivera, whereas Booker garners his greatest support from those who deem MSNBC the most reliable news source. Seventy-one percent of MSNBC viewers favor Booker over Rivera, with slightly fewer (66%) trusting CNN the most and about a quarter (26%) who identify Fox News as the most trustworthy news source.

“As cable news has grown increasingly polarized, New Jersey voters seem to be telling us that perceptions of whom they can trust offer insights into candidate preference. These numbers suggest that Booker and Rivera, or whomever emerges as the two major party candidates, should think through the consequences of not only what they say to voters but where they choose to deliver their message,” said Jenkins.

Polling in New Jersey shows that CNN is the network perceived as the most trustworthy by registered voters. A little more than a third (37%) give CNN high marks, followed by Fox (27%) and MSNBC (17%). And, CNN comes in with the lowest percentage of respondents who find it the most unbelievable (11%), followed by MSNBC (23%) and Fox (47%).

According to the PublicMind poll, 49% of those polled approve of the way President Barack Obama is handling his job, with 40 percent disapproving, while 48% believe the nation is headed down the wrong track while 40% believe the opposite. Obama’s job approval is down eight points from January, when PublicMind last measured attitudes toward the president. Back then 57 percent approved of his job performance while similar numbers were found for the right direction/wrong track question.

“The sequestration debate and failure to reach a budget compromise with congressional Republicans has clearly hurt the president, at least for now,” said Jenkins. “Although there’s plenty of blame to go around in Washington, D.C., New Jersey voters have clearly decided that President Obama’s stewardship has lost some luster in recent days.”

The Fairleigh Dickinson University statewide poll of 702 registered voters was conducted by telephone with both landline and cell phones from March 4 through March 10, and has a margin of error of +/-3.7 percentage points. 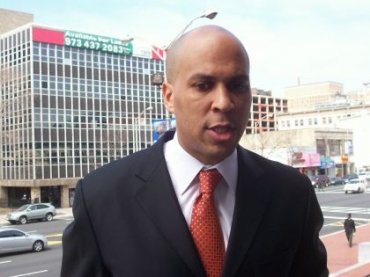