The governor accused Lisa Jackson, who resigned from the EPA late last year, of heading “the most business unfriendly environmental protection department in America” during her tenure as New Jersey’s commissioner of the Department of Environmental Protection.

Christie targeted Jackson while delivering what amounted to a campaign speech during an address to a commercial real estate group’s annual public policy symposium.

Christie was touting his accomplishments as governor when he veered off course to swipe at Jackson.

“Of course, the person who ran that department then went to make the EPA the most business unfriendly organization in America,” Christie said. “Only if they listened to us before they put Lisa Jackson in charge of the EPA.”

Jackson stepped down from President Barack Obama’s administration in December. 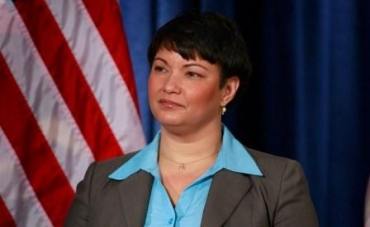