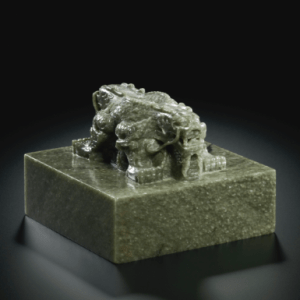 Taking some time off of art after the Armory Show extravaganza? Don’t. If you snooze you lose on the fifth annual Asia Week New York, which is to say, you lose out on prize Ming porcelain, gleaming gilt bronze Buddhas, lavish cloisonné and serene Japanese scrolls.

There are a full 43 exhibitions in this year’s edition, which kicked off on March 15 and runs through March 23. The dealer count is up 25 percent from last year, Henry Howard-Sneyd, chairman of Asia Week New York (and Sotheby’s vice-chairman of Asian art, Americas) was more than happy to tell us. There are dealer participants from Australia, Belgium, England, France, Germany, Italy, Japan, Switzerland and, of course, the U.S. And then there are the auctions—15 of them, at Sotheby’s, Christie’s, Doyle New York, Bonham’s and iGavel—which are pegged to rope in over $100 million. The 2012 edition of Asia Week New York rang up a hefty $160 million at auction, with Christie’s taking in the lion’s share at $70 million. 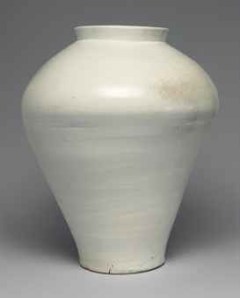 What’s on offer this time around? Top of the heap at Sotheby’s is an Imperial jade seal, which is expected to fetch $1.5 million. And, on the newer side, an untitled work by Tyeb Mehta for $800,000. Giving dealers a run for their money, Sotheby’s has mounted a selling exhibition of cutting-edge contemporary Chinese ink paintings with Liu Ban’s rocky landscape Whispering Pines priced at over $1 million. Christie’s plans to haul in $2.5 million for a 9th-century gilt bronze Bodhisatta, and there’s a massive Korean white porcelain jar for $1 million plus. There are also examples for novices like a 16–century Chinese blue and white porcelain jar with a $3,500 estimate. Like Sotheby’s, Christie’s has a selling exhibition of Chinese ceramics and snuff bottles.

Stoking the Asian art boom are jet loads of Asia’s newly rich looking to stock a rash of museums. As Asia Society director Melissa Chiu will tell you, there are some 1,000 new museums in the works in China alone over the next decade. According to the Hunan rich list, which has been keeping tabs on the ultra rich in China, there were 271 billionaires in 2011, up from 130 in 2009.

“They’re aiming to buy back their patrimony,” says Chinese art specialist Michael Hughes who this week is showing, at Mark Murray Gallery, a 19th–century Chinese calligraphy scroll for $18,000.

To gauge the explosion in Asian art, consider that back in 2003 Christie’s had only four auctions of the material and hammered down a paltry $16,744,806. Last year, Christie’s hauled in $104,198,000 for Asian art in New York alone. Globally, they rang up $664,250,000. “That means Asian art is the third-highest selling category right after Impressionism and modern along with contemporary art,” Dr. Hugo Weihe, Christie’s international director of Asian art, told The Observer.

But the audience for Asia Week is also more diverse than ever. Suneet Kapoor, who runs the Upper East Side’s Kapoor Galleries Inc., points to “clients from India, Hong Kong, Taiwan, Japan and even Brunei as well as all across Europe.” And he has what that audience wants. For instance, a 14th-century gilt bronze Buddha from Nepal, priced at $550,000. “The Chinese have been holding conferences on Himalayan art,” he pointed out. 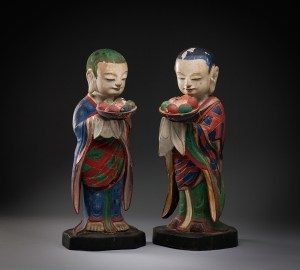 A pair of polychrome wood Buddhist attendants from the 18th or 19th century in Korea. (Courtesy Koo New York)

The Chinese are a tad different from their Western counterparts, said a few dealers. There are stories of collectors arriving with backpacks and valises packed with $100 bills. “When it comes to clinching a deal, the Chinese bring translators,” said Mr. Hughes.

“They’re aiming to park their cash at a more appealing spot than the sometimes-shaking U.S. dollar,” said Lark Mason (no relation to this reporter), who heads up iGavel, the online as well as bricks and mortar establishment based in Harlem. He spent over a decade at Sotheby’s being in charge of Chinese works of art.

One dealer aiming for Chinese buyers is Brooklyn–based Nicholas Grindley, who is showcasing his wares at Hazlitt Gooden & Fox. Among other gems, he has a 17th-century tiered picnic box for $95,000. He also has a Ming dining table for $185,000. “It’s too high for homes here,” Mr. Grindley said, “so the Chinese will probably take it.”

Nancy Wiener, who is showing at the Jack Tilton Gallery, is witnessing another new shift. “Indians are moving away from modern and contemporary art to earlier material,” she said. Ms. Wiener has the ultimate treasure: a racy 18th-century Indian miniature, Krishna and Radha in a Lover’s Tryst. That sexy image will run you $650,000. She has also put on display a 1st-century A.D. red sandstone Buddha priced at nearly $2 million.

One of the major changes to Asia Week in the past few years is the absence of Brian and Anna Haughton’s long-running International Asian Art Fair, which used to take place at the Park Avenue Armory. The fair shuttered in 2008, after the defection, according to dealers, of high-profile exhibitors like Giuseppe and Johnny Eskenazi and Gisele Croes, who preferred to show their wares in a gallery setting. (The Art Asia Pacific fair is also off.) “Clients like the privacy of the gallery setting,” said Japanese art dealer Carole Davenport, who is showing at Leigh Morse Fine Arts and said that her total take from Asia Week accounts for three quarters of her annual sales. This week she is showing, among other things, two 17th-century theatrical masks, one of the Japanese devil figure, Tsurimanko, with a $14,000 price tag.

This week, the Japanese Art Dealers Association has taken over the Ukrainian Institute. Leighton Longhi has some superb gold ground screens. While not an Asia Week New York participant, Spencer Throckmorton, who is tucked next door to Hammacher Schlemmer, has a not-to-be-missed exhibition devoted to Neolithic jades from Outer Mongolia. Some of his jade amulets are a reasonable $3,500. 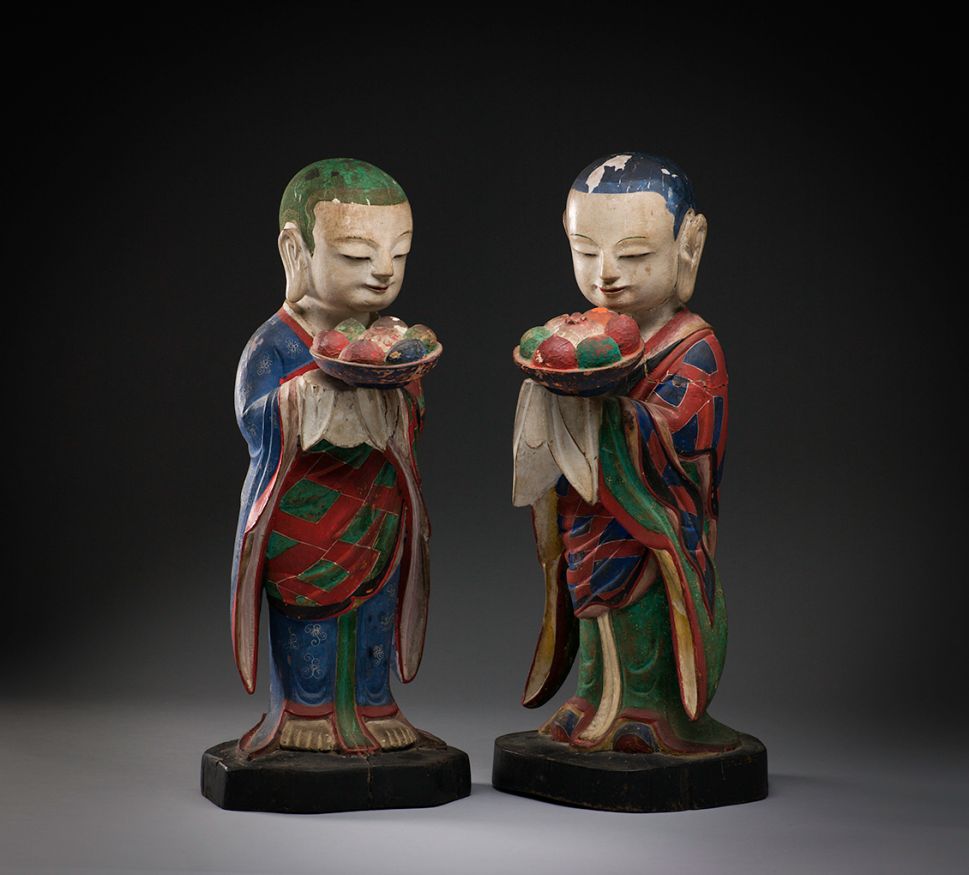