PolitickerNJ.com asked Fulop (pictured) where he differs with Christie on the issues.

“I disagree with him on women’s isssues, gay marriage – and guns, of course,” said Fulop, who’s challenging Mayor Jerry Healy.

Fulop said there has been positive overlap between himself and the governor on economics issues in Hudson County’s capital city. 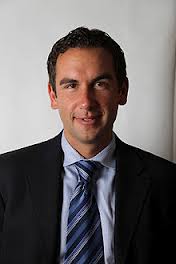