Union County Republicans last night threw their support behind Gov. Chris Christie, but the real story of the evening was the emergence of John Campbell, Jr. as the party’s candidate to run in the 22nd Legislative District.

A businessman who partnered to open his own shoe store in Boston and worked for former Massachusetts Senator Scott Brown, Campbell comes from a political family.

“I served on the city council with John’s dad 30 years ago,” said Assembly Minority Leader Jon Bramnick (R-21), who recruited Campbell. “This is a very personable and charismatic young man who will have a bright future in the party.”

The party held its convention at the Westwood in Garwood.

“I come from a mixed marriage,” Campbell told the crowd. “My father is a Republican and my mother was a Democrat. After a number of years we got her to switch to Republican.”

She serves as president of the Plainfield Board of Education. 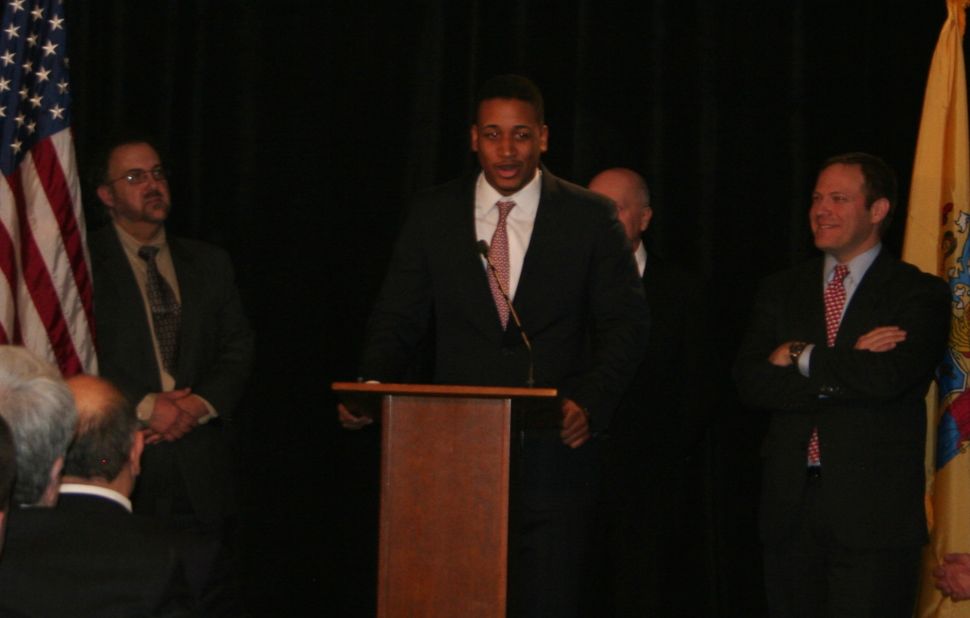