Courtesy the artist and the Pace Gallery 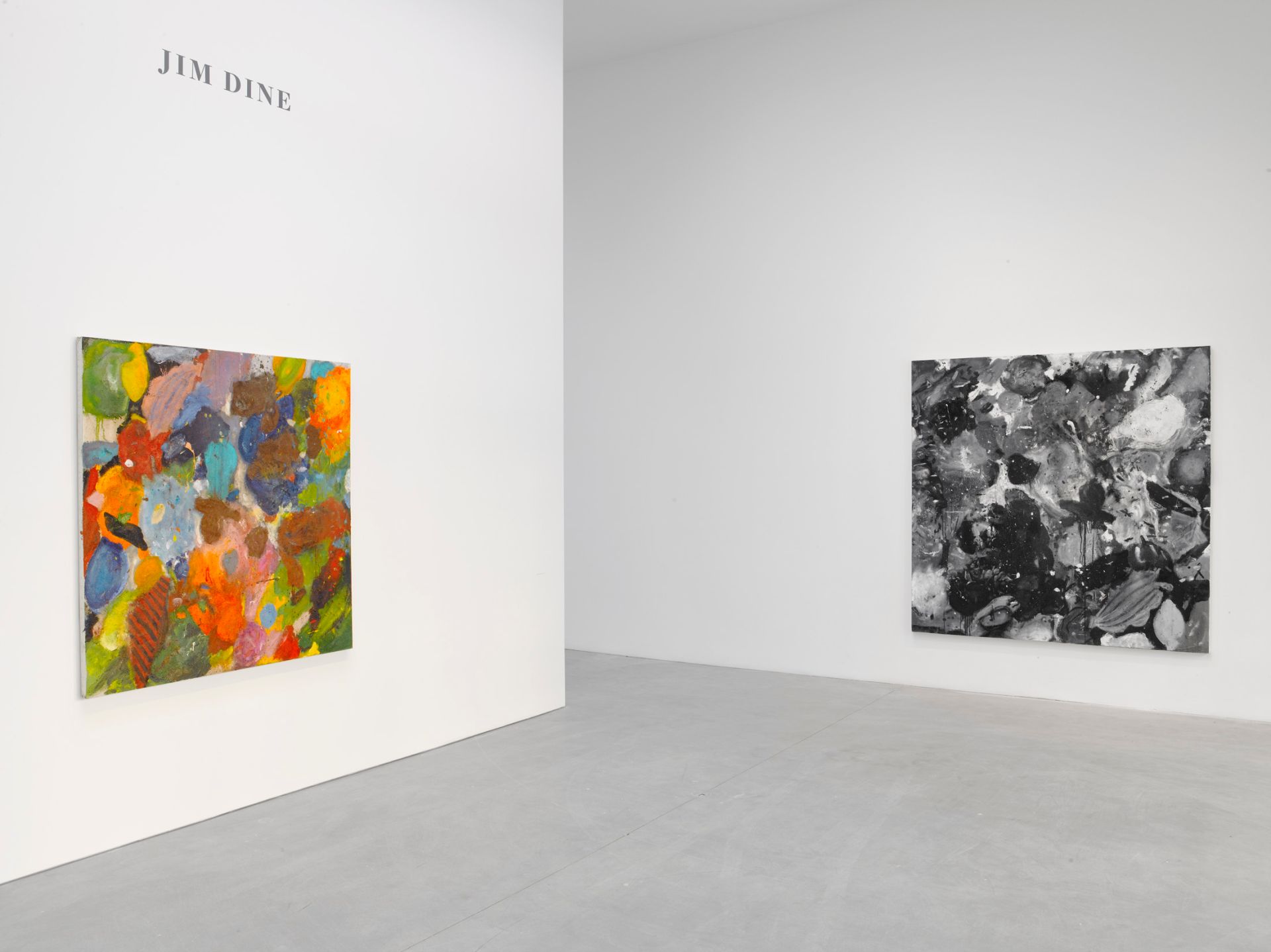 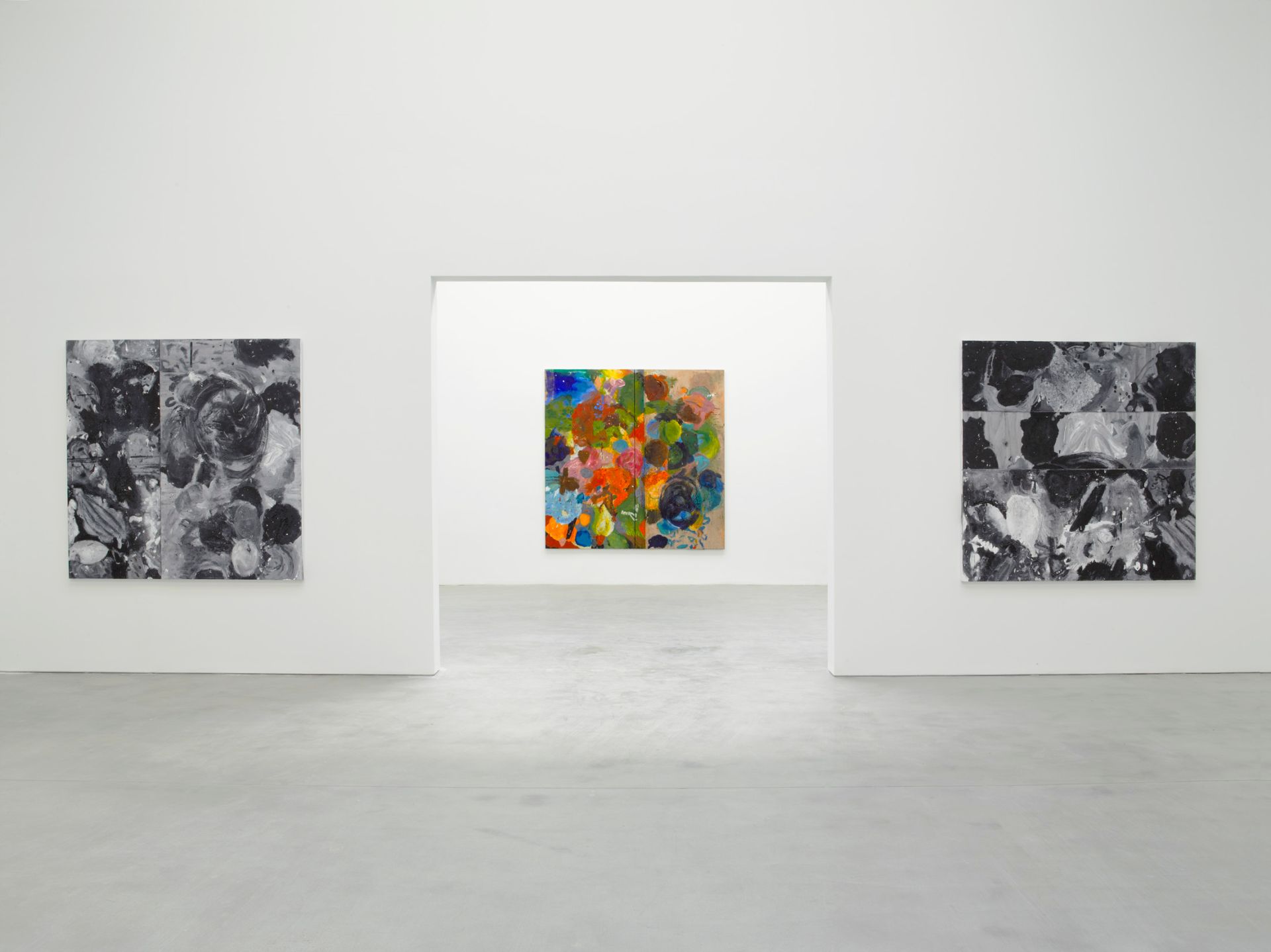 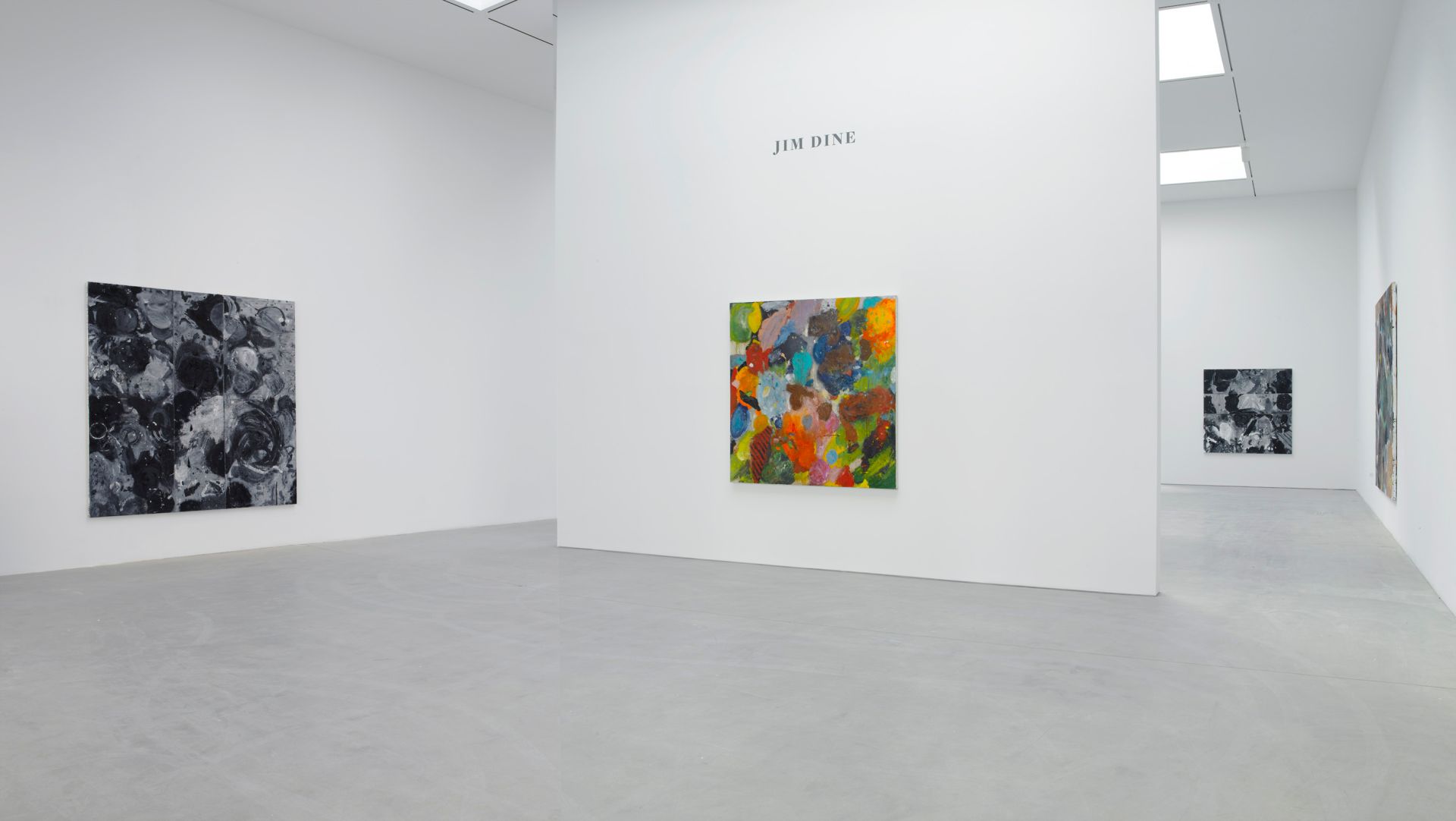 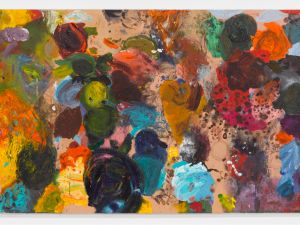 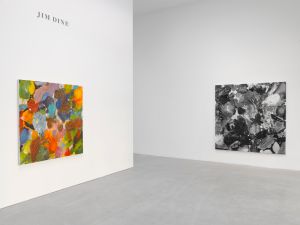 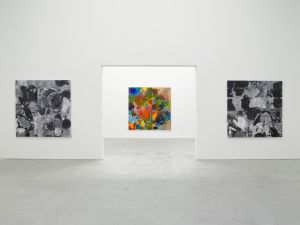 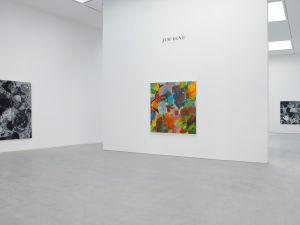 Jim Dine has jettisoned icons. Apart from the occasional yellow or gray lemon, his new paintings at Pace, some of them in intensely saturated circus colors and some in black and white, are stripped of nearly all form, edge, restraint and reference to expose the simple force of mark-making and the sheer carnal pulse of the paint. On canvases textured with sand, bursts of orange, yellow, lavender and blue jostle and overlap, at first seeming to cover what remains an implicitly present ground—as in a thousand-year dropcloth painting or a Jackson Pollock—but then quickly coming to dissolve such perspectival distinctions completely.

This isn’t to say they’re unworldly. It’s the End of the Evening, for example, with only a little help from its title, brings to mind balloons, melted candles, melted ice cream, a scrap of red and black wrapping paper, a green fish and a molten yellow sun in the corner, setting the detritus on fire. But looking for connections to any concrete specifics beyond the painting’s own is like reading shapes in the surface of a whirlpool: there is a cornucopia of impressions, but each is no sooner perceived than it recedes, because there’s never any solid foothold from which to grasp it.

The texture of the sand even disrupts the perception of brushstrokes. Only now and then, as in one white ganglion on the left side of Dark Hearts and a Rope, when the paint is thick enough to cover the sand entirely, is it possible to feel the sensual exchange of bristle and paint. For that one rare moment, though, artist and viewer communicate intimately instead of standing shoulder to shoulder staring into the same close but alien, hot but impersonal formal nothingness. (Through March 23)