Prior to launching his mayoral bid, Republican former MTA chairman Joe Lhota was an extremely prolific Twitter user. Since hitting the campaign trail, Mr. Lhota has made far fewer posts on the social media site and stopped tweeting the witticisms he was previously known for. When Politicker saw Mr. Lhota at lunch yesterday, we asked him why he reduced his Twitter presence. Mr. Lhota attributed his lower Twitter profile to instructions from his campaign press team, specifically, his spokeswoman Susan Del Percio.

“I eventually will get back. You know I get handled by my press people,” said Mr. Lhota. “Susan, she threatened me, so I have to be careful.”

After we brought up Twitter, Mr. Lhota began gushing about one of his favorite pages on the site.

“Drunk Hulk, have you followed Drunk Hulk?” Mr. Lhota asked. “I love Drunk Hulk. I got to meet this guy who does this.”

Mr. Lhota’s love for the superhero parody account, which he frequently re-tweeted prior to starting his mayoral campaign, was previously chronicled in a New York Times story about Mr. Lhota’s Twitter use last September. That article provoked a response from Drunk Hulk himself. Mr. Lhota told us he, quite literally, treasured the response he received from his favorite parody Twitter.

“When the New York Times did the story about me tweeting … and the Hulk tweeted, ‘Now I’m responsible for Lhota too?’ That’s when I said, ‘I got to meet this guy,'” explained Mr. Lhota. “I actually saved it, somebody framed the tweet for me.”

Drunk Hulk is the work of Christian Dumais, an American writer who lives in Poland. We emailed Mr. Dumais and asked when he’ll be in New York and if he’d like to meet Mr. Lhota.

“While I’m not sure when I’ll be back in the States, the idea of meeting with Mr. Lhota sounds like a lot of fun,” said Mr. Dumais. “I only have a peripheral awareness of the political scene in New York, but I’m honored to have anyone appreciate my work as Drunk Hulk. And the idea that he framed the tweet brings me endless joy.” 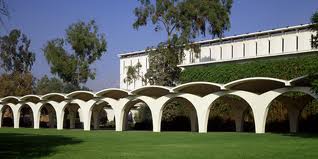