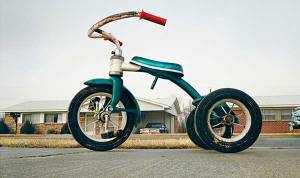 Yesterday a judge threw out Jonathan Sobel’s lawsuit against the photographer William Eggleston, saying that Mr. Eggleston broke no agreement with Mr. Sobel when he decided to make large-format editions of his work for a special Christie’s auction last year. The Art Newspaper has the story.

Mr. Sobel claims to own between $3 million and $5 million in work by Mr. Eggleston, and he said the Christie’s auction devalued his collection. The sale set a new record for the artist, $578,000, though Mr. Sobel feels his collection, which features older and smaller prints, will no longer be as hotly coveted.

The judge in the case said Mr. Sobel, in so many words, had no reasonable expectation that Mr. Eggleston would not make any more editions of his work. Read more here.