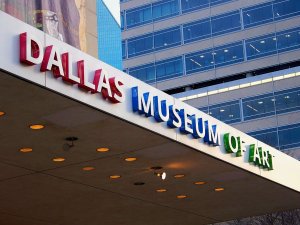 Though the Dallas Museum of Art’s offer last year to buy Leonardo da Vinci’s Salvator Mundi (circa 1499–1512) was declined, plenty of other Old Master works will soon be on their way to the institution. The museum announced today a $17 million gift from Marguerite Steed Hoffman, a trustee and former chairman of the museum, specifically aimed at European art from before 1700.

The hefty donation allocates $13.6 million to a restricted acquisitions endowment and $3.4 million for an operating endowment targeted at acquisitions, shows and programs related to Old Master art.

“Marguerite Hoffman’s incredibly generous gift, in her name and that of her late husband, Robert, creates an extremely exciting opportunity for the DMA to build our collection of European art in unprecedented ways,” said the Dallas Museum of Art’s director, Maxwell L. Anderson, who led the Whitney Museum between 1998 and 2003.