Former assistant Attorney General Shavar Jeffries is stepping up his visual presence in Newark with a new walk piece as he heads toward a 2014 run for mayor.

The piece emphasizes the South Ward candidate’s family (he’s the married father of two children) and hard upbringing in Newark, asking the city to “own” his success because without his hometown, he would not be the person he is today.

It started out as bad as it gets for the young Jeffries. His mother was murdered.

“Her death brought extraordinary adveristy, but motivated Shavar to dedicate himself to improving the lives of everyone who calls Newark home,” says the lit piece.

“When Shavar lost his mom, he was raised by his grandmother and embraced by the city,” reads the new piece, an 8 1/2 x 11, which folds horizontally, and introduces the soon-to-announce candidate and five issues that he would address as mayor along with previous work experience and success in those areas.

“Tough times didn’t define Shavar Jeffries’ life… they gave him the courage to stare down and tackle our most difficult challenges,” reads the union shop-printed piece.

Sources see him regularly in the city.

The tag line of the candidate’s lit piece, “Tough enough for Newark’s most difficult challenges” may not remain on all literature pieces, but the coming official campaign slogan may be a variation on that theme, according to the Jeffries camp.

The red and blue logo with his name and the star will remain. 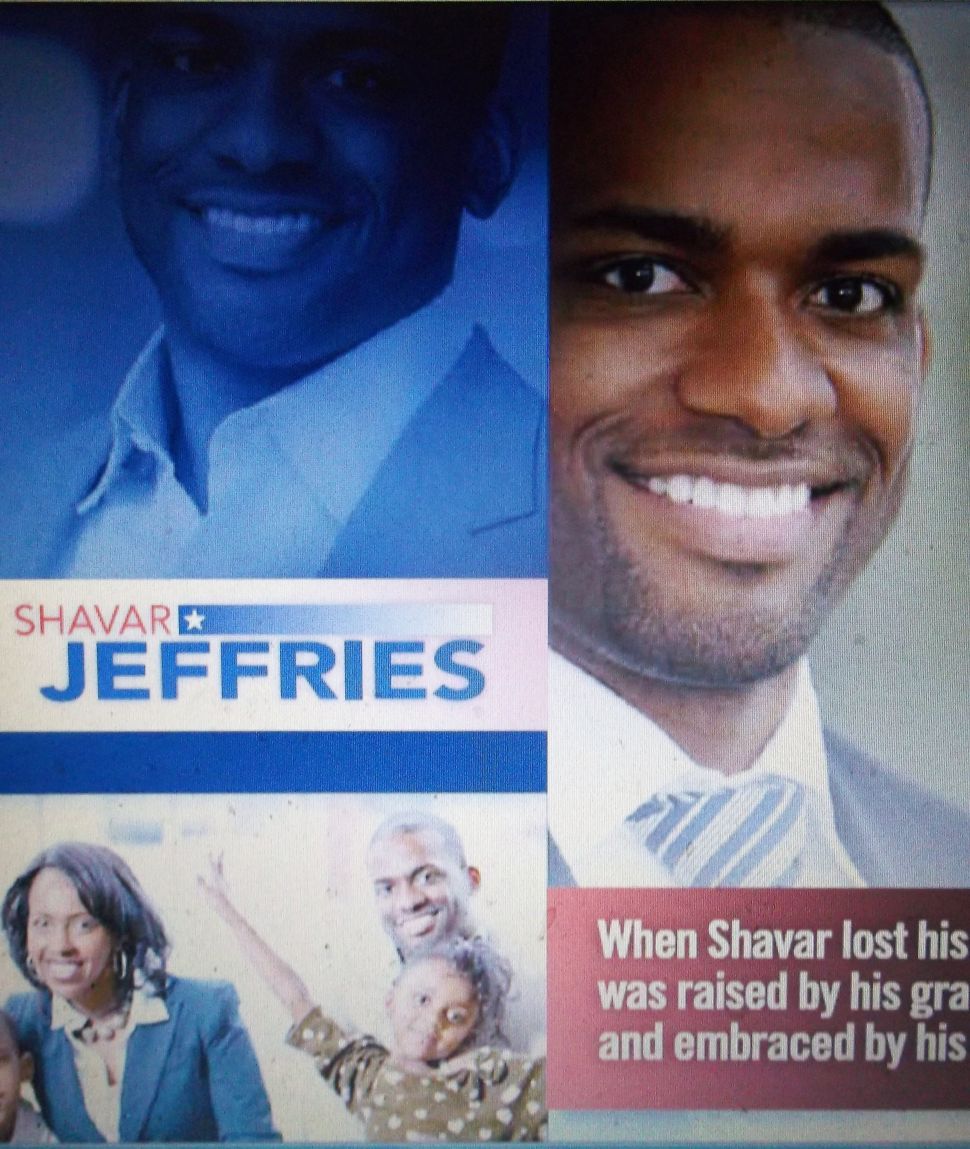