Mercer County Republicans tonight nominated former state Sen. Peter Inverso as their candidate for Senate in the 14th Legislative District, according to two sources who were on a call with county committee members Tuesday evening.

The Middlesex County GOP has also endorsed Inverso, 74 of Hamilton, to carry the flag for the party.

According to one source, Inverso has not yet accepted the nomination and plans to speak with Gov. Chris Christie and his campaign team in the morning to get assurances that he will get the support and resources he needs to run.

Inverso has been mulling a comeback for weeks after he was recruited by state Senate Minority Leader Tom Kean Jr.  Should he accept the nomination, he will challenge incumbent Democrat Linda Greenstein.

Greenstein has held the seat since 2010, when she beat Republican Tom Goodwin in a special election to fill the final year of the term left vacant with the departure of Bill Baroni to the Port Authority of New York and New Jersey.

Along with Inverso, the Mercer and Middlesex Republicans also nominated Inverso’s former Chief of Staff Steve Cook of Hamilton and Monroe resident Robert Haas of Monroe to run for the two Assembly seats.  Cook has said he will run only if Inverso is on the ticket.

Should he enter the race, Inverso has ground to make up as Greenstein has already begun to rack up union endorsements.  Organized labor was a key area of support for Inverso during his tenure in the Senate.

Inverso’s re-entry into politics immediately catapults the 14th to the top of the GOP’s target districts.  Republicans need four seats in the Senate for a 20 to 20 split, five to take control of the upper house.

Picking up five seats is a long shot, however, many in the GOP feel if the party can gain two seats, they can pick up support from Democratic Sens. Brian Stack and Teresa Ruiz, who have both shown themselves willing to work with the front office.

Mercer Republicans originally held their nominating meeting last week, but Inverso did not attend.  Republican Chairman Rich Levesque denied a motion to adjourn the meeting and reconvened today to nominate the three candidates.

According to several Republican sources, the GOP put a poll in the field last week to gauge Inverso’s popularity among other issues that could affect the race. Among the issues polled was the corruption scandal surrounding former Republican Hamilton Mayor John Bencivengo who was sentenced earlier this month to 38 months in prison for taking a bribe in exchange for official action.

The poll also reportedly tested whether issues surrounding the sale of Roma Bank would become an issue in the race.  According to one source, nothing in the results was troubling enough to keep Inverso out of the race.

Inverso could not be reached for comment late Tuesday. 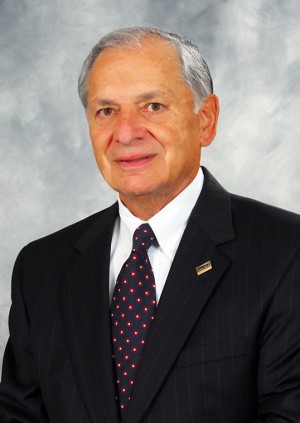