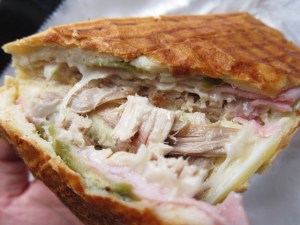 A Cuban sandwich from the late Casa Havana. (jasonlam/Flickr)

TEFAF in talks with Sotheby’s to start a fair in China. [ArtsBeat]

Chinese photographer Maleonn takes his studio on the road. [The Art Newspaper]

The third issue of Asher Penn’s online Sex magazine is out. It includes interviews with Total Freedom, Spencer Sweeney, Sam Pulitzer and much, much more! [Sex]

Jonathan Jones on “Pope Francis and the sea of digital screens.” [The Guardian]

Wish I was in Frankfurt, Germany! Lutz Bacher at Portikus. [CAD]

Casa Havana restaurant, a reliable spot for delicious Cuban sandwiches before or after a trip to Chelsea galleries, has closed. [Jeremiah’s Vanishing New York]