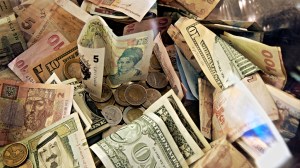 The parties of Armory Week. [Bloomberg]

“Edwardian opulence was epitomized by a luxurious ostrich-feather fan presented to Mrs. James de Rothschild on her 1913 marriage into the banking dynasty.” Lance Esplund heads to the Yale Art Gallery to catch “Edwardian Opulence: British Art at the Dawn of the Twentieth Century.” [Bloomberg]

Who is Arthur Pinajian? [NYT]

Picasso’s 1901 Child with a Dove, which sold for £50 million last year (to Qatar, it’s rumored), may now leave the U.K., after its export bar lapsed in December. [The Independent]

Sculptures of people based on their DNA. [WSJ]

“The finest art films on earth.” [The Art Newspaper]

Ai Weiwei will release a “heavy metal” album. [The Guardian]