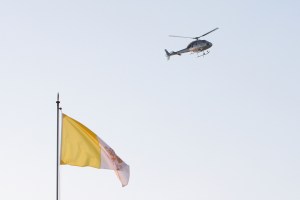 Carol Vogel profiles Ed Ruscha, whose latest show, “Books & Co.,” opens at Gagosian on March 5 and includes his artist books alongside pieces they inspired, by more than 100 contemporary artists. [NYT]

Roberta Smith reviews Lucy Dodd at David Lewis Gallery, temporarily taking over No5A: “Male artists don’t own the XL artwork format, but they make a majority of the large-scale efforts. So it is inspiring to see a woman handle the format so successfully. The outsize paintings of Julian Schnabel, Anselm Kiefer and Rudolf Stingel are invoked here, which may be Ms. Dodd’s intention.” [NYT]

Tech moguls are beginning to buy art. “‘Art comes between buying the Ferrari and getting the kids into college,’ said New York mega-dealer Larry Gagosian.” [WSJ]