Headline of the Day: “Chicken Cutlets, Rack of Lamb… and the Next Mayor?”

Council Speaker Christine Quinn paid a shiva call to the Williamsburg family reeling from the high-profile death of two expecting parents in a car wreck earlier this week. “I just wanted them to know, really the whole city is pulling for them,” she said. “I know there’s some specific issues around traffic lights that also have been raised with me and we’ll follow up with those as well.”

John Catsimatidis accepted the endorsement of disgraced former Congressman Vito Fossella, who resigned after a DUI arrest revealed he had a second family in Washington D.C. We asked Kevin Elkins, the Executive Director of the Staten Island Democratic Party, if he felt the endorsement would help Mr. Catsimatidis but we didn’t get much of a response; he merely laughed and declined to comment.

Only a few City Council districts citywide will likely feature competitive general elections next year, and one of them is the race to replace Councilman Jimmy Oddo. The Democrats have found a possible candidate in the form of Rabbi Mendy Mirocznik, an attorney and president of the Council of Jewish Organizations of Staten Island. Mr. Mirocznik may still face a primary from former assembly candidate John Mancuso.

Another Council candidate, Upper East Sider Ben Kallos, creatively touted his Zionist credentials by announcing an endorsement of software freedom activist Richard Stallman, who makes it clear he’s on the opposite side of the Israel issue from Mr. Kallos. “I did find one major issue of disagreement: he gives support to Israel’s defense without denouncing the occupation of Palestine,” Mr. Stallman said in the release.

While Upper East Side Councilwoman Jessica Lappin went on Inside City Hall to tout her Manhattan borough president campaign and her efforts to bring community boards “into the 21st century.” Specifically she said she’ll take “from the analog to the digital age,” adding, “I’ve spent 14 years going to community board meetings and appointing board members. I can’t tell you how many times I’ve been in a meeting where they had to stop so you can flip over the cassette tape.”

State Senator Eric Adams is distancing himself from his Nation of Islam-backed congressional campaign and some controversial comments he made in the past. “Let’s stay focused,” Mr. Adams argued. “Nowhere in his piece do you see me saying something anti-Semitic, saying, ‘I hate this group or any group.’ I’ve always been the person who brought people together. I’ve never been the person who wanted to divide and tear people apart.” Naturally, Gatemouth has a response.

Councilman Leroy Comrie‘s campaign is in an awkward position after disputing influential Rev. Floyd Flake‘s endorsement of rival Queens borough president candidate Melinda Katz: “The councilman told TimesLedger Newspapers that he had a meeting with Flake Monday afternoon and the reverend said then his mind was not made up about whom he would endorse.” Or, as Mr. Comrie explained it, “It’s a learning experience.” 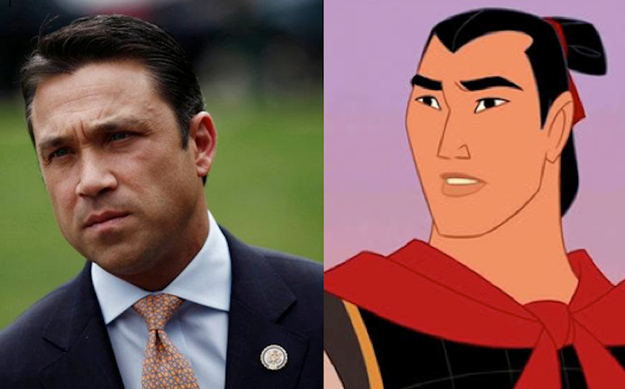