Headline of the Day: “Newspaper gives vote of approval to paying political candidates.”

Former community board chair Julie Menin scored the endorsement of the the Arturo Schomburg Democratic Club Wednesday night in what Ms. Menin’s campaign said was the first club endorsement of the Manhattan borough president’s race. The backing is made more notable by group’s location in East Harlem–far outside Ms. Menin’s Downtown base.

“Your governor is willing to sacrifice the Constitution, your rights as citizens and the prerogatives of his Legislature, on the altar of his own ambition and on the ego of Michael Bloomberg,” National Rifle Association President David Keene said at a pro-gun rally yesterday. Mr. Keene further said Governor Andrew Cuomo is “a bad penny who keeps turning up.”

For those keeping tabs on the New York Post‘s editorial board, it seems they are decidedly unimpressed with former Bronx President Adolfo Carrión, blasting “New York’s Clueless GOP” for even considering a mayoral candidate who only offers “that he’s a Latino with a $1.2 million campaign kitty.” Previously, the publication has spoken very highly of Republican rivals Joe Lhota and George McDonald.

While Comptroller John Liu called on the feds to stop investigating him. “Despite my record and despite my vision for the city, … there are still whispers about this cloud hanging over my head,” Mr. Liu said in his closing statement at yesterday’s mayoral forum: “They reviewed a million documents and messages. They interrogated thousands of my supporters. And yet, what do they have to show for it? It’s time to put up or shut up already. Because I have an election to win!”

Is this crazy enough to work? A candidate named Joel Rivera is running to replace veteran Councilman Joel Rivera. Given the fact that a lot of attention will be on the high-profile mayoral race, it would be reasonable to assume a number of voters will head to the polls with no idea Mr. Rivera is term-limited and it’s a different Mr. Rivera on the ballot. “I would launch a full-scale campaign telling people, ‘Don’t vote for the fake Joel Rivera,'” said one Bronx insider.

Former Councilman Sal Albanese thinks it’s a bit of a conspiracy that Quinnipiac didn’t include him in the latest mayoral poll. “I have to be honest, I was kind of shocked that Quinnipiac didn’t include me in the poll. Marist did so, and I was at 2 percent,” he said. “It could very well be the Quinnipiac folks were lobbied not to include me in the poll. … They could have been influenced. They are real political insiders.”

Today, I’m pleased to officially announce my candidacy for Brooklyn Borough President. I’ll be seeking the Democratic nomination and over the course of the next several months, I look forward to making my case to my fellow Democrats and my fellow Brooklynites. I’m passionate about improving our community for the better, building on the successes of the current Borough President and working with whomever the next Mayor is to ensure that Brooklyn can’t be taken for granted by anyone in city government. I love Brooklyn; it’s the borough where I was born and raised. I’m determined to make sure that our neighborhoods remain safe, clean, vibrant, thriving and that they remain that way for my Grandchildren.

My candidacy for Brooklyn Borough President is the culmination of a life dedicated to my community and to public service. In addition to practicing law in Brooklyn for the last 48 years, where I’ve sought to be an asset to my neighborhood and give as much back to my community as it’s given to me, I’ve served as an Assistant District Attorney in Brooklyn and an Assistant Attorney General in New York State. I was proud to be elected Councilman-at-Large, representing the entire borough of Brooklyn, at a time when the city was on the brink of fiscal collapse. As I see it, our city and our borough is again in dire need of responsible leadership, experienced leadership and those with a passion to serve.

In 1982, my late friend, Ed Koch, the greatest Mayor this city has seen in my lifetime, asked me to run for Judge on his slate. While neither of us won, I was proud to campaign with him in virtually every Brooklyn neighborhood and I was thrilled to earn many prominent endorsements including that of the NY Times. Mayor Koch had a passion for public service that was infectious and it’s my hope that for decades to come, Brooklyn’s best and brightest will be inspired to serve their community because of the campaign we’re embarking on now.

In the coming weeks, we’ll be launching a website, announcing several key members of our campaign team and moving forward with our vision for Brooklyn. If you’d like to volunteer or stay in touch in the meantime, please contact Nina Maria. 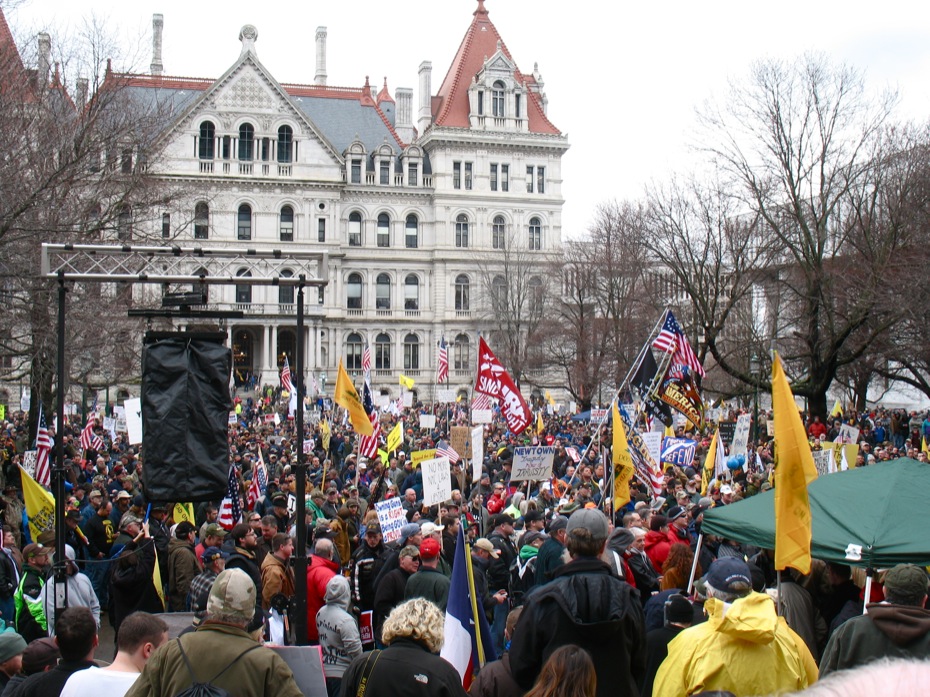