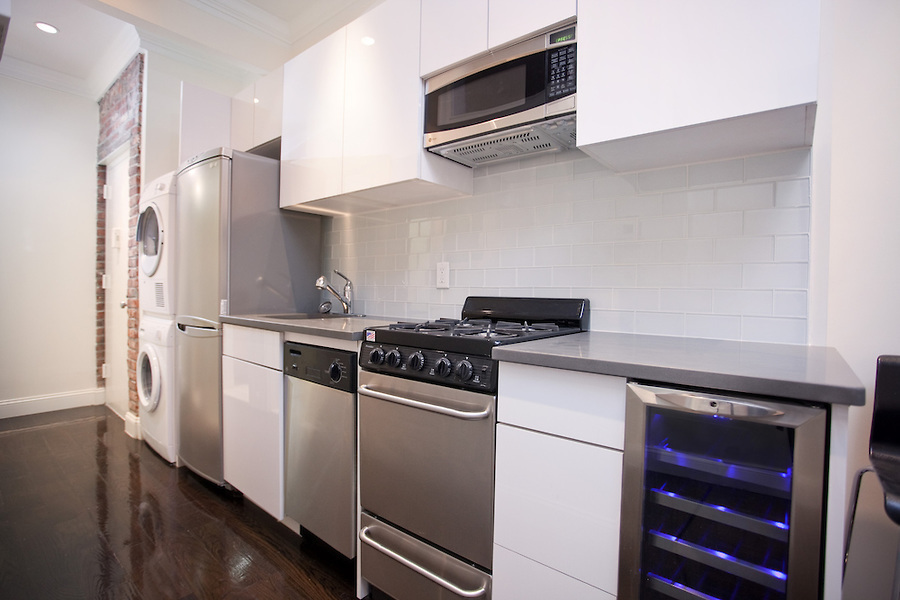 This kitchenette comes with stainless steel appliances and a wine fridge. 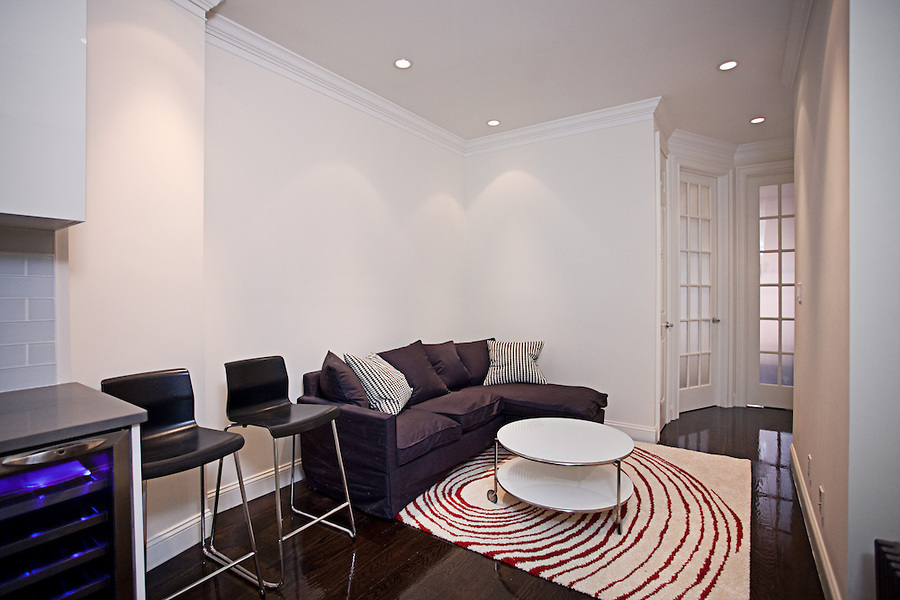 Is there a window on the other side? We don't see any natural light. 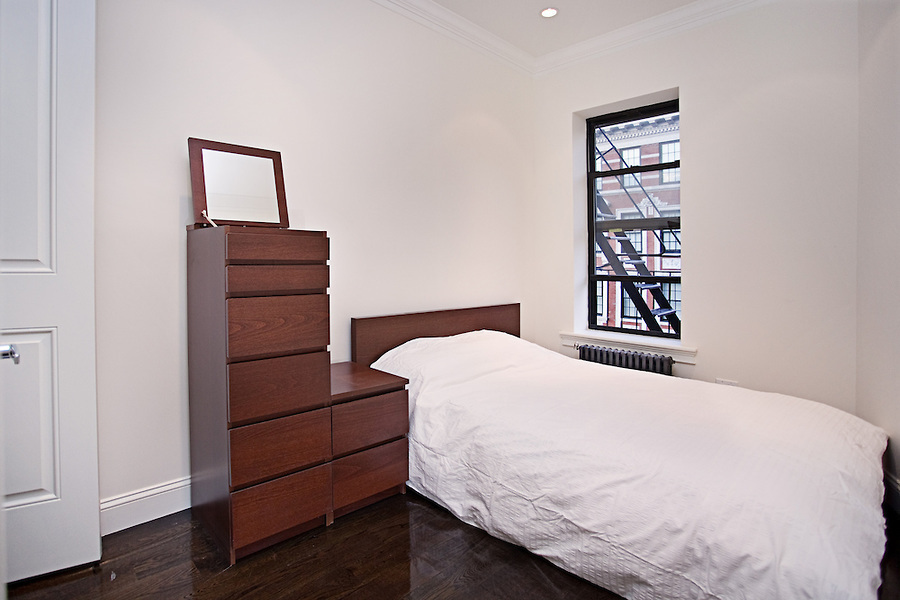 You can fit a bed in it? And there's a storage space above the bathroom! 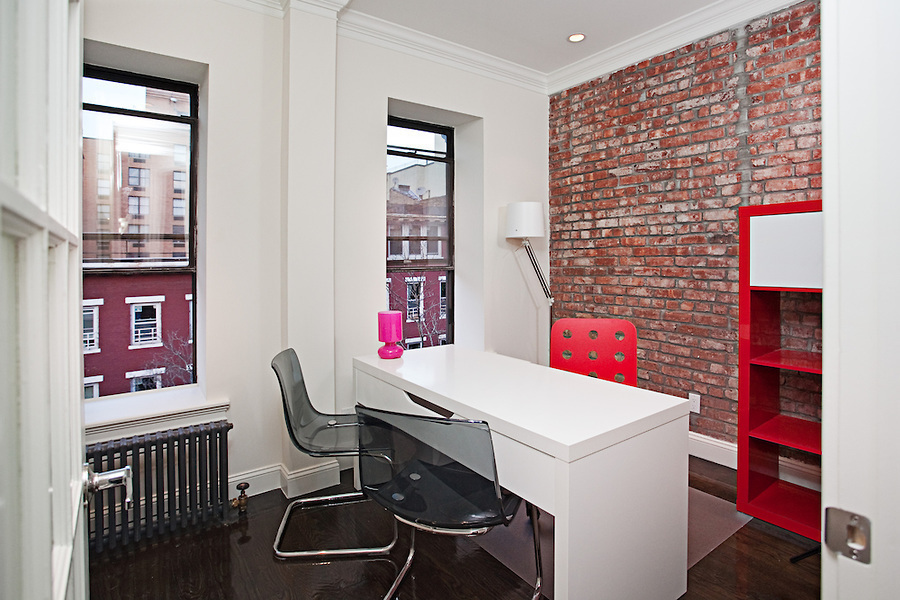 The roommates will be fighting over this bedroom.
Advertisement 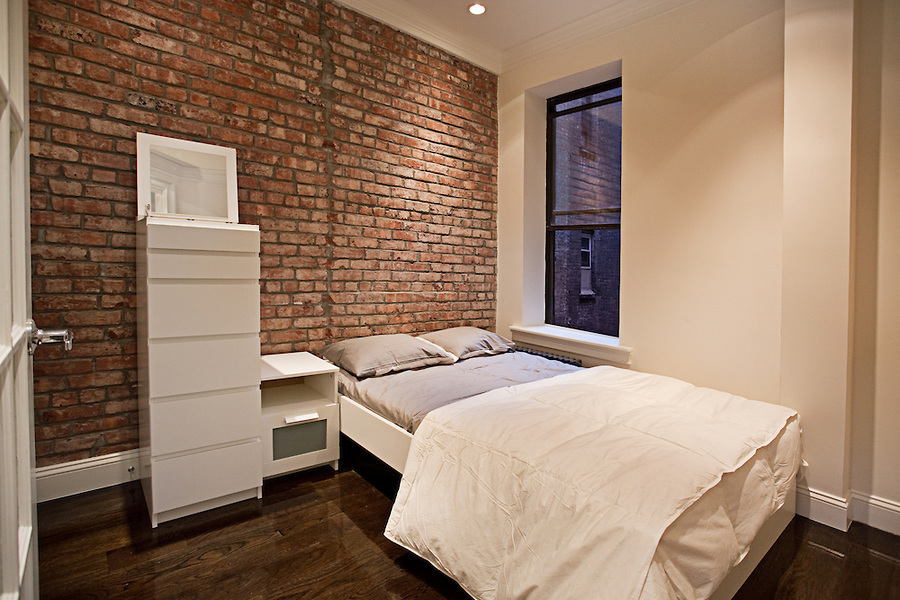 This one not so much. 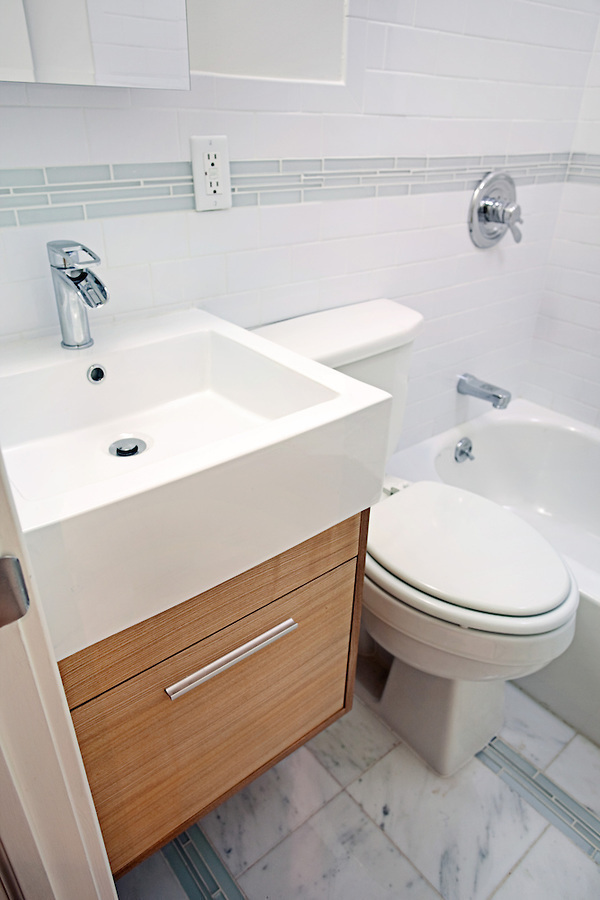 Nap time.
The toilet is convenient to both the tub and the sink. 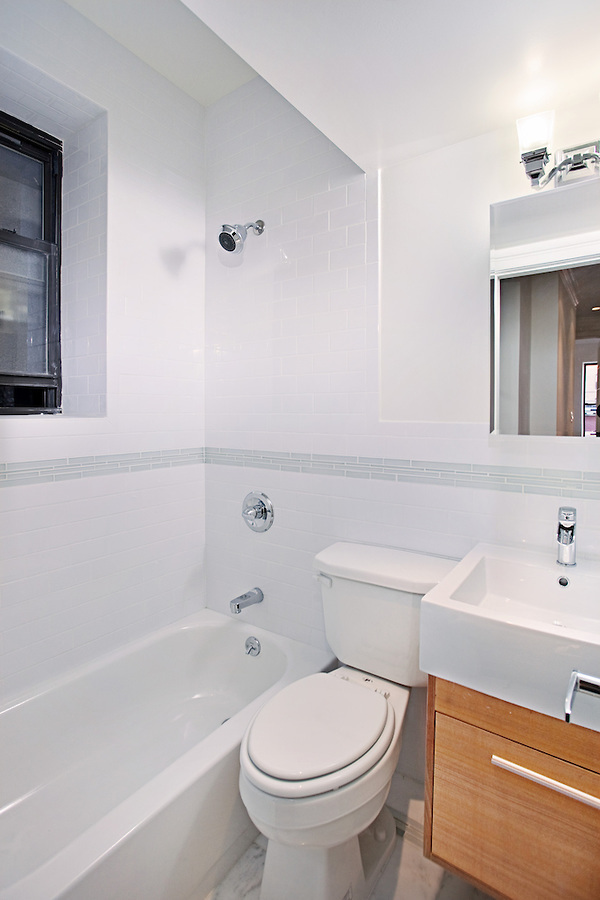 Things are a little tight in here. 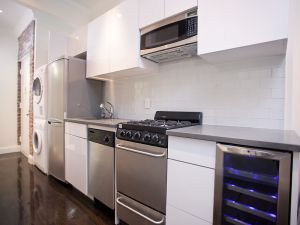 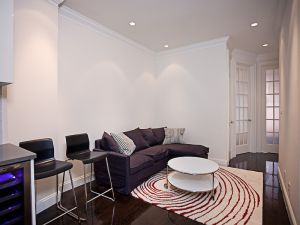 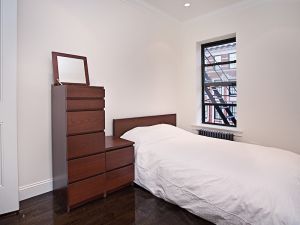 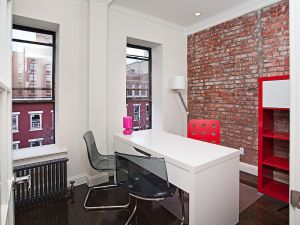 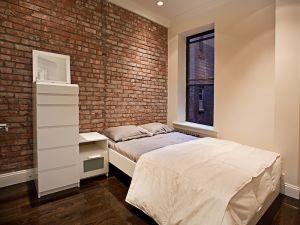 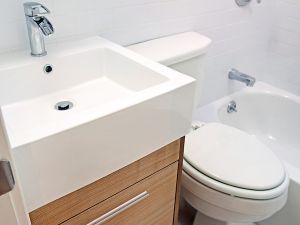 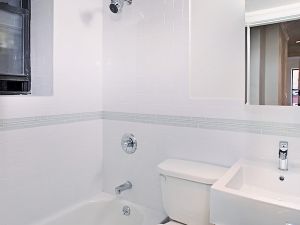 Last spring, the owners of 50-58 East 3rd Street informed all the market-rate tenants that they would need to clear out. GRJ, who bought the apartment buildings for $23.5 million, had grand plans to create the most desirable walk-ups in the East Village. Alas, subway tile, stainless steel and exposed brick do not a luxury apartment make. And not even having your own bathroom is worth paying $5,150 for a small, shared apartment without a separate kitchen. You know what’s luxurious? Not having to haul groceries, suitcases and furniture up four flights of stairs!

The apartments are now for rent, as EV Grieve reported earlier today, and they are starting at $4,900 for a diminutive three-bedroom with a merged a living room/kitchen. The space could charitably be called a living room and an “open kitchen.” More accurately, it is a living room with a kitchenette. Although it may be among the first kitchenettes to have a wine refrigerator.

Hey, one needs to pay for the privilege of living in a portfolio that the rental listing optimistically tells us is being called “the East Village3” aka. “the #EV3.” Right.

The apartments are full of oddities and uncomfortable juxtapositions, a tenement wearing a cheap disguise. The living room does not appear to have exterior windows. The bathrooms are painfully small, with the toilets pushed right up against the tubs. Tiny bedrooms face air shafts, but boast private bathrooms. The word that comes to mind is inelegant.

Is this really the face of “East Village luxury?” There’s no doorman, but there’s a “secure key fob entrance” and video surveillance. There’s no elevator, but we’re sure that the stairs have been beautifully redone. And the apartments have high-gloss cabinets, oak floors, Cesar Stone countertops and waterfall sinks to give them “an Industrial Chic feel.” Even though the building was converted from a middle-market residential space to a middle-market residential space putting on airs, not a factory. But why not pretend? Just like many of the tenants who no doubt take up residence here will be pretending that their “making it” in New York even as their parents help them pay their monthly $1,700 share of the rent. As the listing helpfully notes, guarantors are accepted. Because what is the East Village now if not a post-collegiate play pen for rich kids?