Mr. Kaplan sent me an email on May 13: “Dear George, I’m really excited about [John] Stamos. And about your 35th year. Take care of yourself. Peter.

I soldiered on. There would be some solid feature stories: think pieces about female feet, vagina size, the politics of facials (not the kind you get at the salon), the top 10 sexual fantasies of women at the Beatrice Inn, my own about Sarah Palin, lots of nightlife reporting and a couples therapy column.

By 2005, I had a serious girlfriend, and after three years together, we decided we needed professional help, something I casually mentioned to Mr. Stevenson, who had come up with the idea for Candace Bushnell to write a column called “Sex and the City.” He suggested I write about going to couples therapy with Hilly. I figured it was another prank. Nah, he’s just messing with Clownboy. But he kept bringing it up.

It didn’t register that he might be serious until a month later, when Hilly and I were in Peter Kaplan’s office. Five minutes into hearing Hilly go on about our antics was enough.

“Say no more! Do it!” Mr. Kaplan said. “We don’t even need a therapist! We’ll just put the two of you in the room with a tape recorder! What should we call it? Doesn’t matter! It’s gonna be a big hit!”

I liked the idea. I’d met enough colorful characters and spoken to nearly every celebrity I’d ever wanted to meet, including Lou Reed. But I was tired of listening to so much babble. It always took at least 45 minutes before I could cut in, take control of the conversation, and persuade subjects to open up and bare their souls.

I also felt like I had pissed off too many people, a lot of them actresses. “How dare you?” Catherine Deneuve asked me. “What kind of questions are these?” Charlotte Rampling inquired.

So why not turn the tables on me? Why not interview myself?

Another motivation: I was tired of transcribing stacks of 120-minute tapes. With this therapy column, I would only have to deal with an hour of tape, and with my new voice recognition software, I wouldn’t have to type. Besides, the whole thing was going to run as a transcript!

I called Dr. Steven Lamm, my longtime family doctor (and the author of many books including The Hardness Factor: How to Achieve Your Best Health and Sexual Fitness at Any Age), and he referred me to Dr. Harold W. Selman.

The George & Hilly column ran for three and a half years. In June 2009, I was justifiably let go, fired, shitcanned, and yet I have continued writing for The Observer ever since. I used to say that getting something in the paper, in this great, one-of-a-kind, independent publication, was something I couldn’t live without—it was “my oxygen.” And to this day, when I file, I still get that same thrill, that same bounce in my step, just like the first time when my Tom Wolfe piece made the front page in August 1995.

One last thing: I used to have a reputation for being difficult to deal with, and at times impossible. But I’m better now. The couples therapy really helped. Which wouldn’t have happened without The New York Observer and too many Observers to name. But I would like to thank Peter Stevenson, Peter Kaplan, Arthur Carter, Jared Kushner, Jim Windolf, Dr. Harold W. Selman, my parents George Gurley Sr. and Katherine Bryan, and my lovely wife, Hilly. 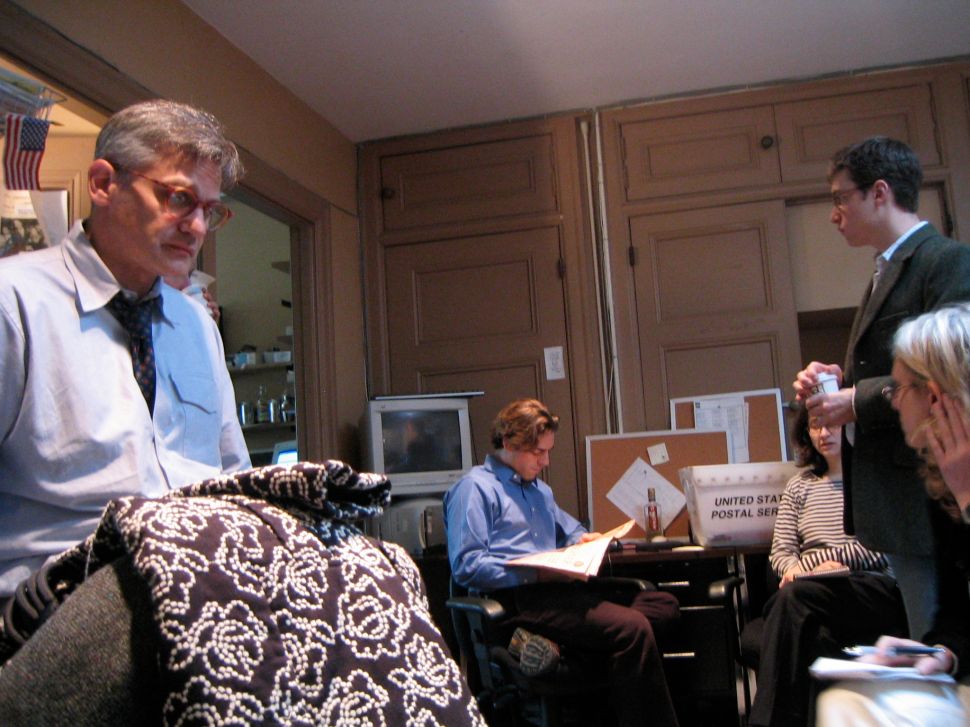