The national pipefitters union has joined its statewide counterpart in endorsing Gov. Chris Christie for re-election.

In a letter to the governor, United Association of Journeyman and Apprentices of the Plumbing and Pipe Fitting Industry President William Hite said the governor’s dedication to rebuilding the state after Super Storm Sandy has had a positive impact on the lives of the union members.

“In the aftermath, you led a bi-partisan fight against members of Congress who shamelessly refused to lend the assistance New Jersey needed to recover,” Hite wrote.  “As a one-hundred and twenty four-year old labor association, we were inspired by your unwavering commitment to solidarity with New Jersey residents.”

Hite also cited Christie’s support for several construction projects including the American Dream, the Revel Casino and the Bayonne Bridge.

“In the face of partisan divide, you encouraged New Jersey legislators to overcome political differences to ensure the construction of these projects,” Hite wrote. “Without your guidance, these projects may never have been built.”

Earlier this month, the statewide pipe trades union endorsed Christie in the second of what is expected to be many trade union endorsements.  Christie received the support of the Laborers International Union in January.

So far in his re-election bid Christie has been adept at picking off traditional Democratic support in an effort to choke off money and resources that would normally flow to the campaign of Democratic challenger Barbara Buono.

Buono has countered with several large endorsements of her own including the New Jersey Education Association and the Health Professionals and Allied Employees. 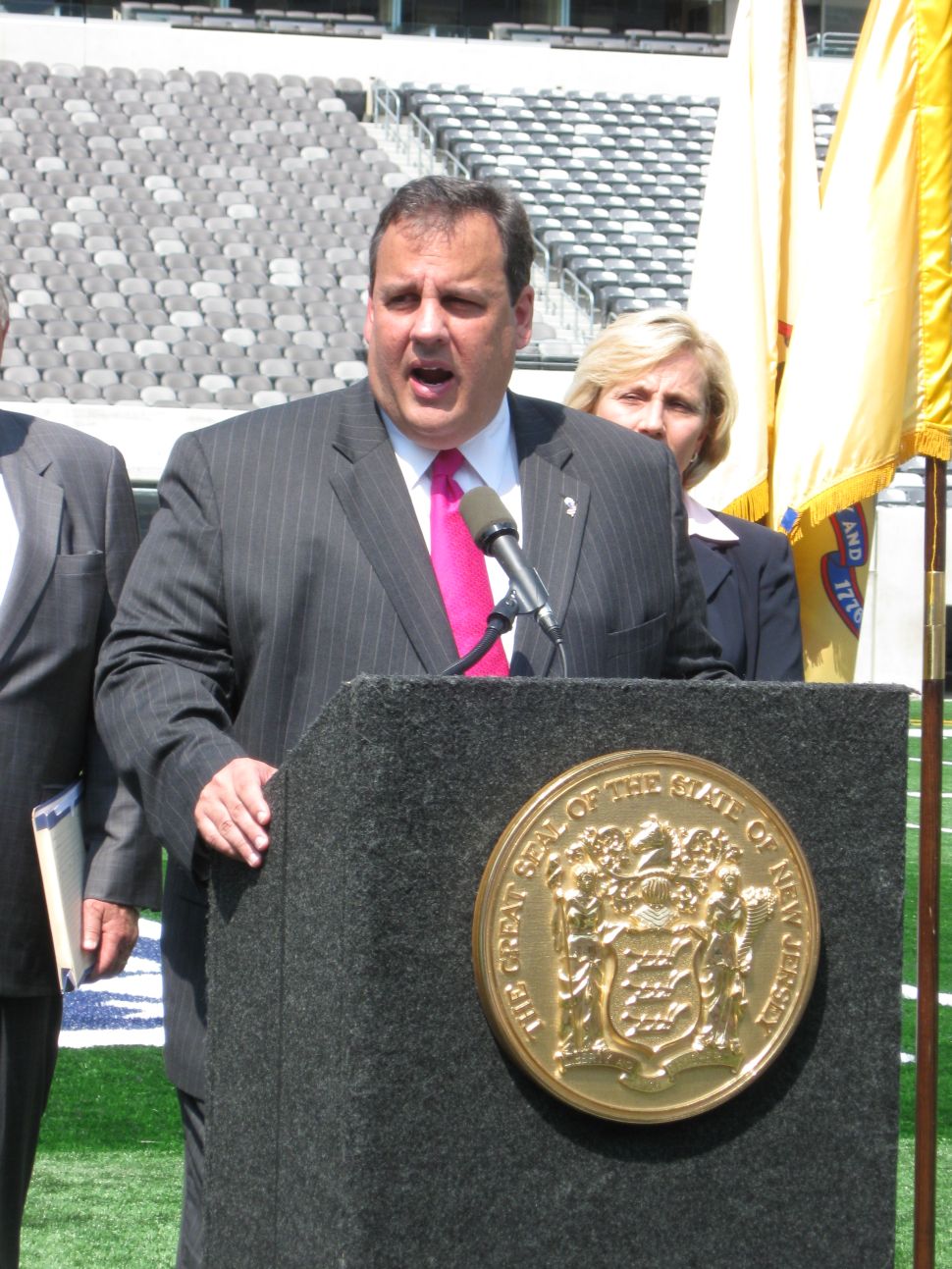