As a writer of fiction, William H. Gass is not exactly prolific—his new novel Middle C is his third in about 45 years—but at least he’s consistent. His first novel, Omensetter’s Luck, was about a man living in Ohio whose existence takes on a kind of mythology of its own, displacing God and religion, winding up ruined by his own enigmatic charm.

His follow-up, some 30 years later, The Tunnel, is about a college professor living in Ohio, whose existence takes on a kind of mythology of its own, displacing, in this case, the task at hand—what is meant to be the introduction to a book on the Third Reich that dissolves into a personal narrative of the author and winds up ruined by his enigmatic charm. Middle C is about a man living in Ohio and, well, you sort of get the idea.

Except with Mr. Gass, you never really “get” anything. Middle C, like its predecessors, is a wild, unruly book that’s hard to read and harder to describe—much less sum up—in a few tossed-off sentences. It’s not enough to say it’s about Joseph Skizzen, a decent amateur musician who becomes a professor and seems to wish that he were born in a different skin. And it’s not enough to quote Joseph’s mother’s daily incantation as she does the laundry, though it feels awfully appropriate: “I know I’m me, Holy Mother, I shall not beg to be another.” 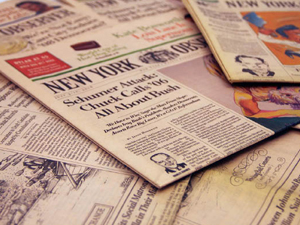