John Wilson never could have imagined that Pope Benedict XVI would step down, as the spiritual leader did in late February. Nor could he have guessed that he would be living in Rome as a seminarian when it happened. But as a former staff member on the editorial board of The New York Post, Mr. Wilson was likely better prepared than most to receive such news—and his three-year turn as an observer of local New York politics at the Post has given him unusual insight into the recent papal process.

“Benedict was the pope that I grew up spiritually with,” Mr. Wilson told OTR. “He was an incredible teacher, and the last few weeks of his pontificate were very emotional.”

It has been a tumultuous yet exciting few weeks for the young seminarian, who studies at the Pontifical North American College, just outside the Vatican. He will become a priest in three years—“God willing,” he said—after which time he’ll return to New York to be ordained at Saint Patrick’s Cathedral.

“Everything we’ve learned about [Pope Francis] so far is very impressive: his simplicity of life, his love for the poor,” said Mr. Wilson, who has intermittently written brief dispatches from Rome for the Post. “I really hope that that’s going to shake up a lot of people’s preconceptions about the church.”

Mr. Wilson thought that Cardinal Timothy Dolan, the archbishop of the Archdiocese of New York, would have made a good pope, but Mr. Wilson is no longer in the influencing game, as he was as an editorial writer, and so, he explained, it was not his call.

“There is something spiritual going on in there,” Mr. Wilson said. “My job was to pray for the cardinal-electors.”

We asked Mr. Wilson if what he learned at the Post informs his religious studies at all.

He considered the question for a moment. “Writing an editorial is a bit like writing a homily,” Mr. Wilson said, “in that you have to get to the point, you have to do your research, and you have to give people something that they’re going to take away and apply to their lives.”

He added, “I became a better writer, a clearer thinker, and I learned a lot about people and about human nature. All those things are things I’m going to carry with me.”

And when he encountered a bunch of reporters covering the papal transition for New York newspapers, it made him feel a little nostalgic. 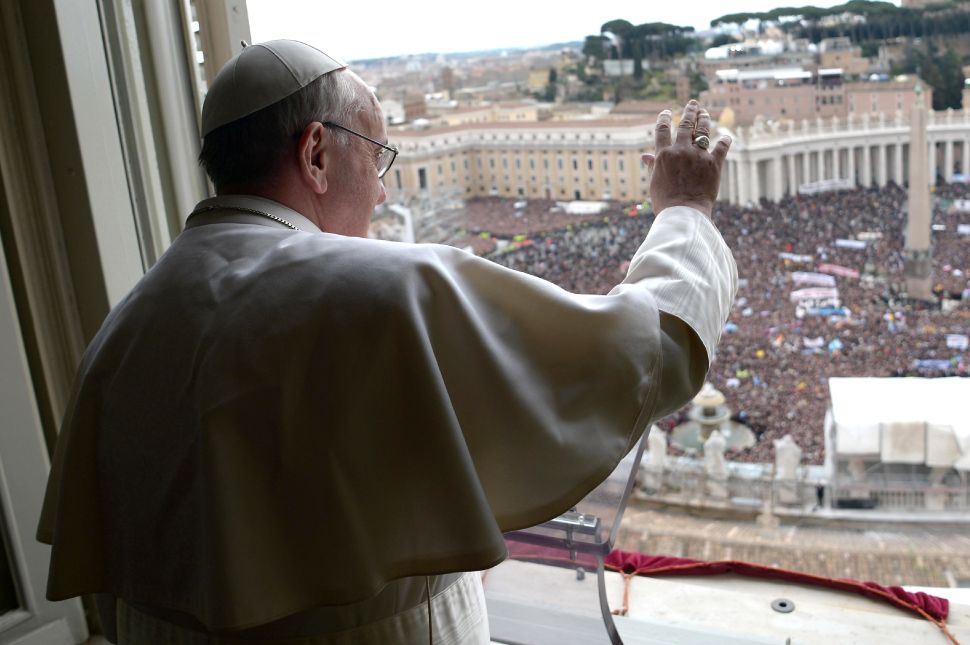