Karabinchak’s loss surprised some committee members, who figured he would have the edge coming from Edison, the district’s largest town.

But a Middlesex source said Highland Park cut a deal with East Brunswick and LD 18’s other smaller towns to fell the favorite.

Pinkin’s win assures the presence of a woman representative on the Democrats’ district ticket, which will be without state Sen. Barbara Buono (D-18) this year.

Buono is giving up her senate seat to run for governor.

Pinkin, moreover, serves as a foil on the Democratic ticket for East Brunswick Mayor Dave Stahl, a former Democrat who is heading the Republican slate in LD 18.

She will run on a ticket with state Senate candidate Assemblyman Peter Barnes and Assemblyman Pat Diegnan (D-18).

According to the MBI-GluckShaw website, Pinkin has a Masters from New York University and completed a postgraduate fellowship in Health Policy and Research at UMDNJ where she served as Health Advisor to Senator Jack Sinagra (then Chair of the Senate Health Committee). She has a B.S. from Rutgers University, and is a member of the American College of Healthcare Executives, the Medical Group Management Association, the Association of Healthcare Executives of New Jersey and the Healthcare Planning and Marketing Society of New Jersey. 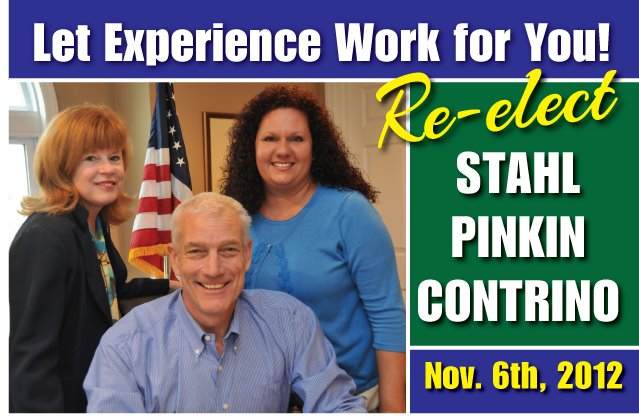