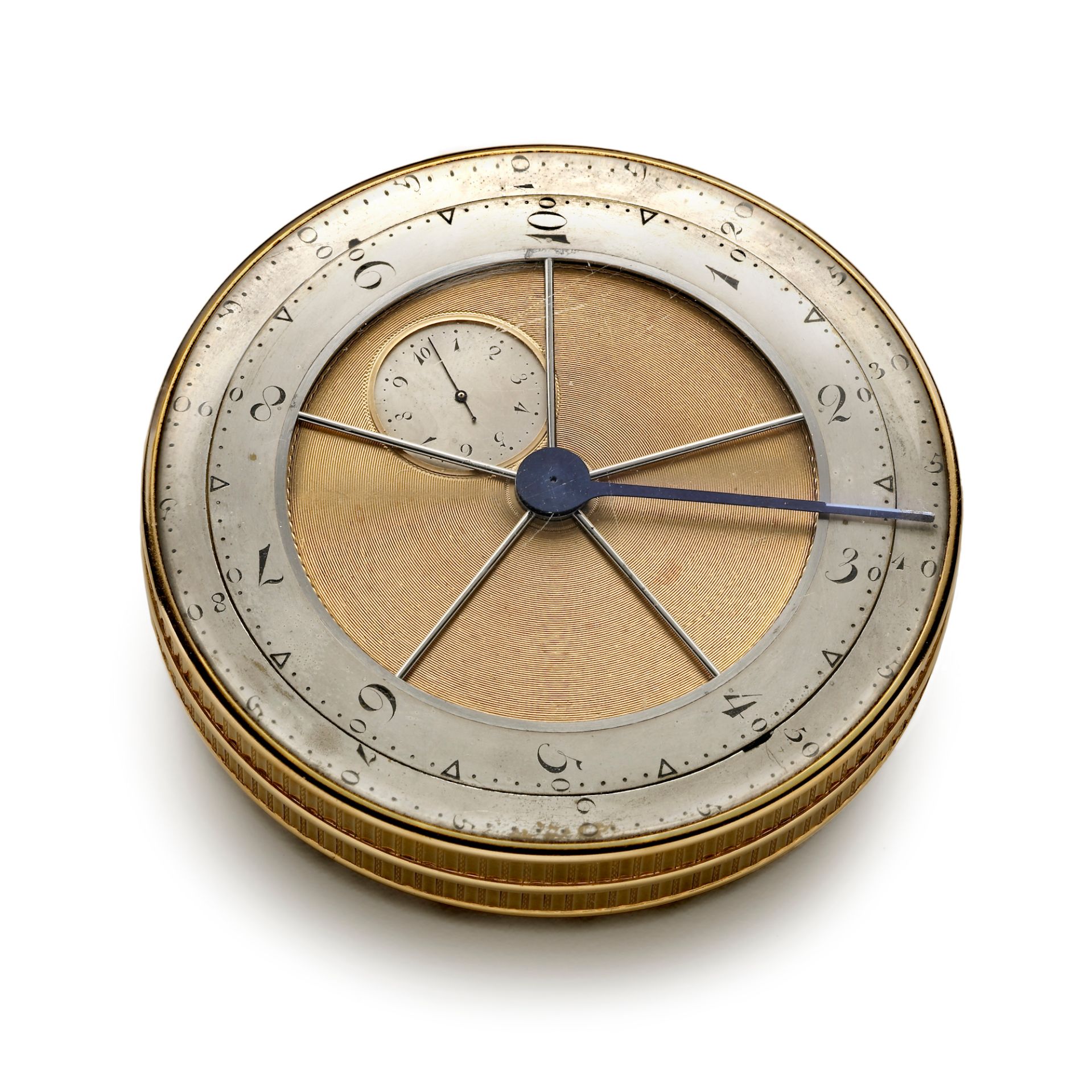 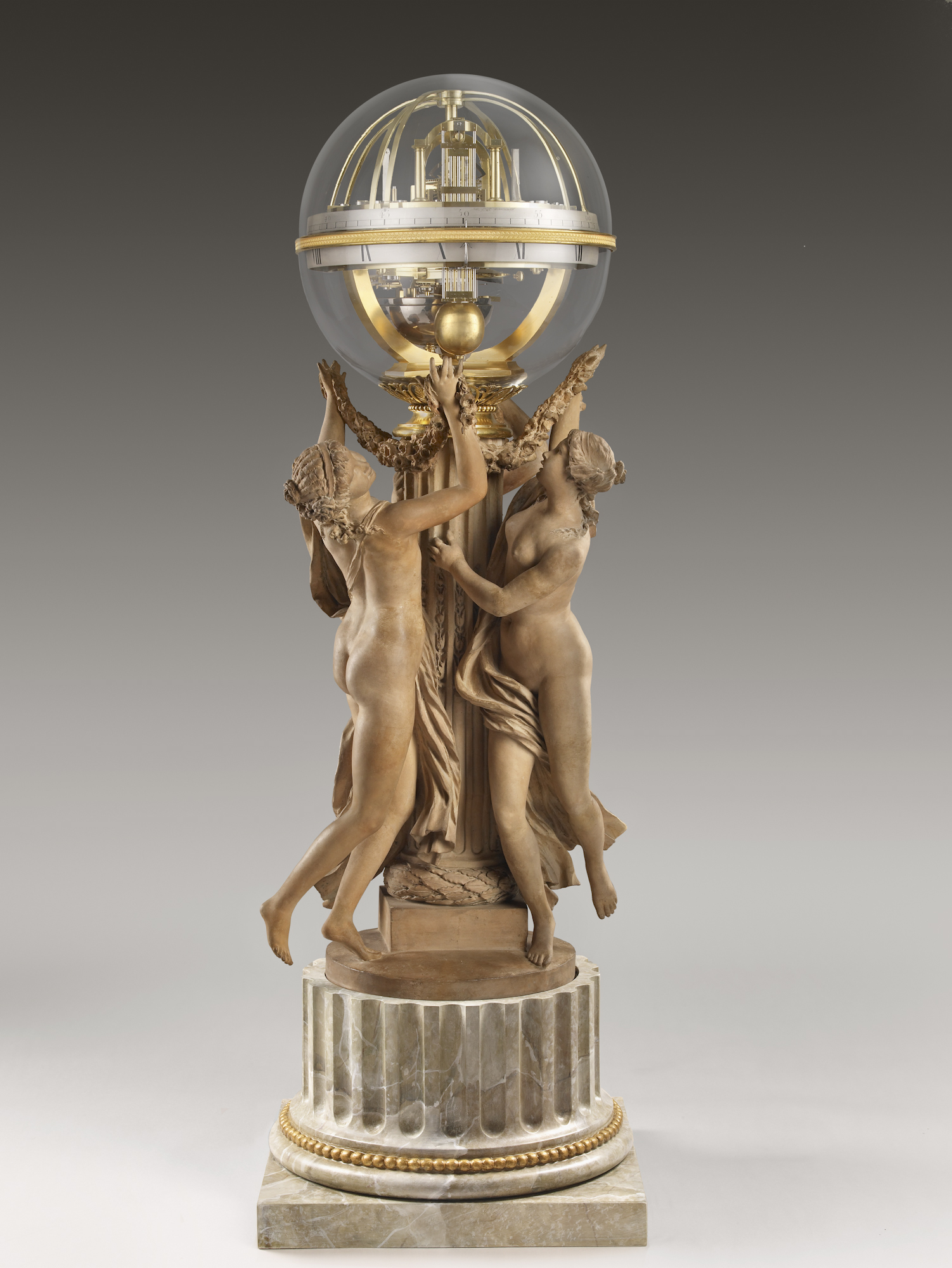 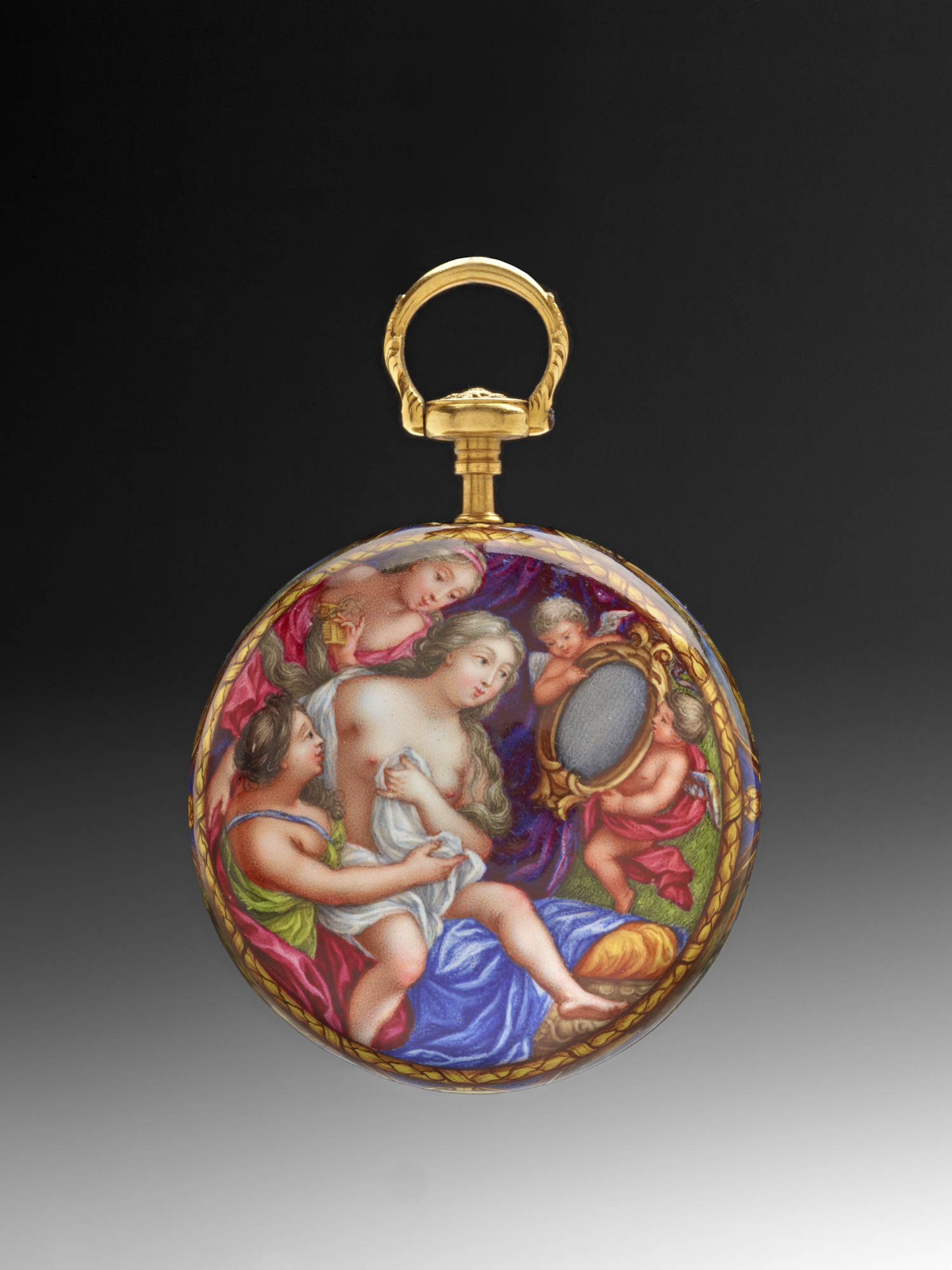 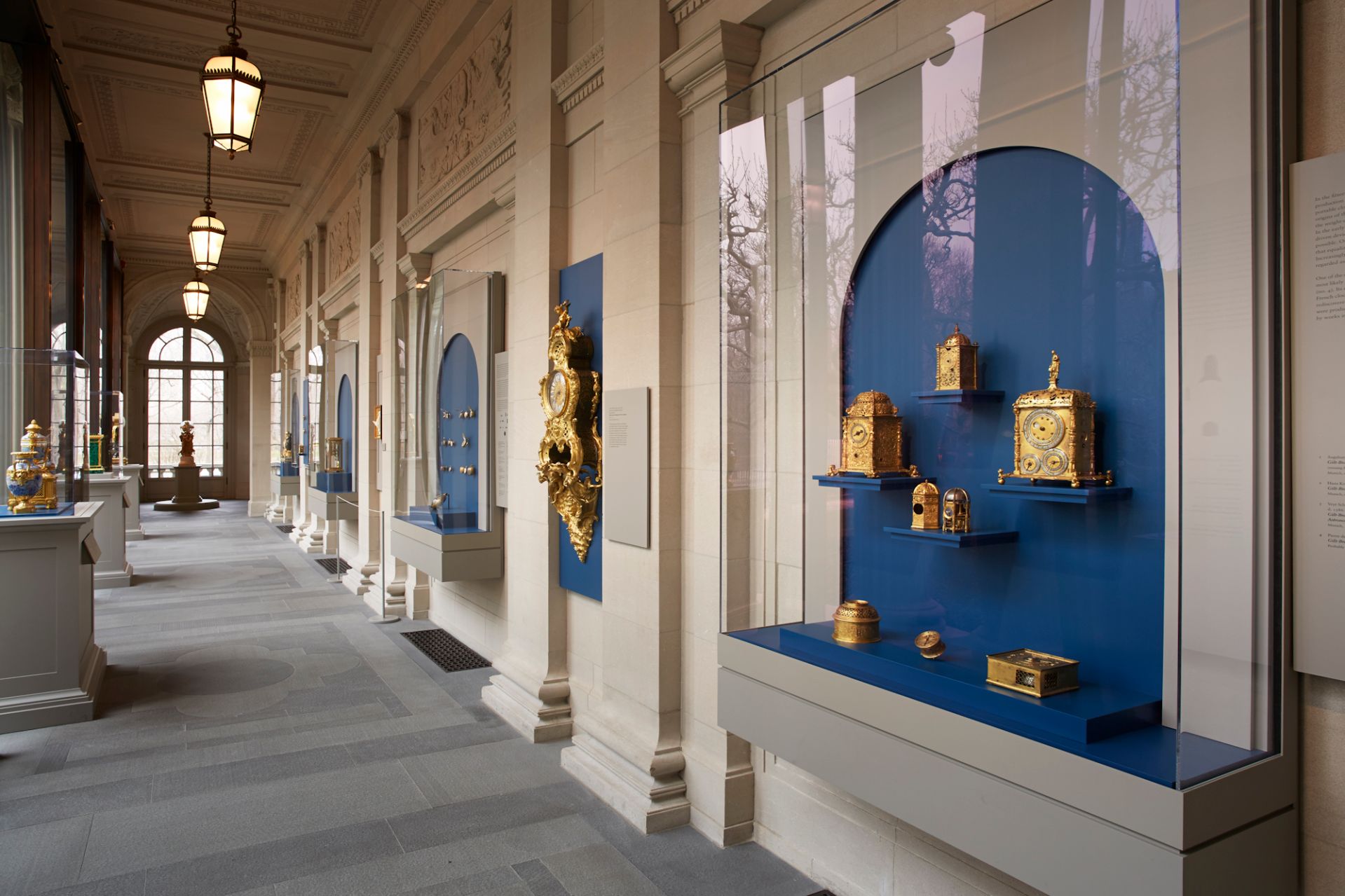 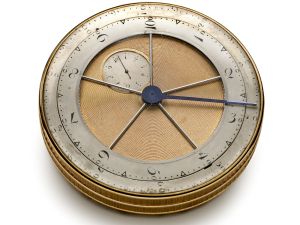 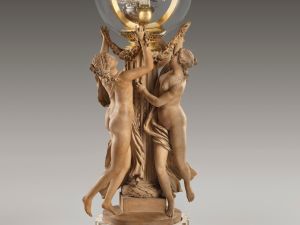 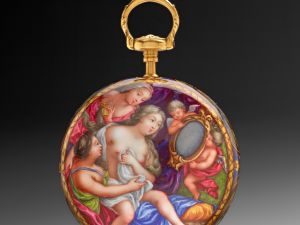 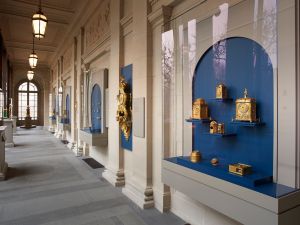 Stony Brook University recently held a contest to answer the question, “What is time?” It could have done worse than to go to the Frick Collection.

The Frick’s current headliner is a show of seven masterpieces by Piero della Francesca, whose paintings are often described as “timeless.” In fact, it was during the same 15th century, when Piero was taking inspiration from Alberti’s scientific theories, that the architect Brunelleschi and others were coming up with spring-driven devices to measure time more accurately, as the Frick reminds us in a concurrent jewel of an exhibition devoted to clocks and watches from 1500 to 1830. (Most are from the Frick’s extensive collection, and there are five significant loans from collector Horace Wood Brock.) What better place for such a show than the light-drenched portico gallery, where you can best experience the passing of a day?

Here are some things you might think about at the show: Christian Marclay’s The Clock and its hours-long lines; the ticking, clicking and whirring and chime of alarms in Dark Side of the Moon; William Paley’s watchmaker analogy in Natural Theology, or Evidences of the Existence and Attributes of the Deity Collected From the Appearances of Nature—design implies designer—and its refutation by Hume; the automata in the movie Hugo and the novel The Chemistry of Tears; Abraham Joshua Heschel’s observation that the Sabbath is a palace in time; early ATMs, called Tym (pronounced “time”) Machines—it really was money, cold cash; the clock face in the bathroom mirror, into which no amount of injections can forestall the reaper.

Here are some things you’ll see: a malachite-encrusted horological confection (green like electric moss) made after the material was popularized in the wake of Napoleon being given malachite pieces by the Russian czar; an 18th-century clock flanked by vases made from Qing Dynasty porcelain, with a gilded snake’s forked tongue indicating the hour; a mask of Apollo at the base of a pendulum meant to move between the two black bronze caryatids of a pediment clock from 1800. Sometimes, as with Piere de Fobis’s 16th-century gilt-brass table clock, you are allowed a glimpse of complex inner workings.

Between a case of watches (one with an engraving after the toilet of Venus, a typical vanitas image) and a late-18th-century gilt-bronze and enamel mantel regulator clock, is a sculpture, Jean-Antoine Houdon’s Dead Thrush, its life-size body carved in marble and mounted within a frame. Its feet tethered to a nail, it hangs upside down, neck stretched, wings splayed. Made in 1782, a decade after watches could accurately tell time, it is the very essence of lifelessness, its ticker stopped.

At the end of the portico, surrounded by windows, is a timepiece called The Dance of Time, Three Nymphs Supporting a Clock, produced in Paris in 1788. You can stand in there of a weekday afternoon, watching the clock, while behind it taxis race down Fifth Avenue, everyone just trying to keep up. The nymphs gaze at the globe-like mechanism in awe, as though it is, itself, the whole world. Nothing we invent can ever really keep time. Time keeps us. Go ahead, tick away the moments that make up the dog day. (Through Feb. 2, 2014)