Abong’o Malik Obama wants to have a career in politics like his half-brother, President Barack Obama. However, hours after the polls closed in Kenya’s elections last night, Mr. Obama said he wasn’t sure whether his bid to be governor of Siaya County was a success and he is concerned the election results may have been tampered with. He’s also extremely angry about tabloid coverage of his campaign.

“It’s impossible to tell at this time, the whole system crashed,” Mr. Obama told Politicker when we called him Tuesday morning to inquire about the election. “We have no idea, it’s still hanging out there, and I myself am extremely disappointed and there is a high risk that the results may be manipulated.”

Yesterday’s elections are the first under the 2010 Constitution of Kenya, which was ratified after the 2007 election ended with widespread violence and a disputed result. Though the voting yesterday proceeded largely without violence, there were reports of technical problems at many polling places. Mr. Obama said he stayed up late into the night and was given no information about the election result from officials.

“I was sitting out there at the tallying center for the county up until almost 1 o’clock last night and there’s a complete blackout,” he explained.

The new constitution divided Kenya into 47 counties including Siaya, which contains more than 800,000 residents and the hometown of the president’s father, Barack Obama Sr. Mr. Obama is the first child of the elder Barack Obama. He was born three years prior to his presidential sibling, who has a different mother. Mr. Obama operates a charity called the Barack H. Obama Foundation, which, according to its website, “is entirely the idea of Abon’go Malik Obama, in memory of their father, and is not dependent on the endorsement of his brother, President Barack Obama.”

As of this writing, the website of Kenya’s Independent Electoral and Boundaries Commission, which is overseeing the election, shows Uhuru Kenyatta with a lead in Kenya’s presidential race. Mr. Kenyatta and his running mate are two of the four people who have been charged by the International Criminal Court with “crimes against humanity” for allegedly orchestrating the violence after the last elections that left over 1,000 people dead. The United States and other Western nations have promised unspecified “consequences” if Mr. Kenyatta emerges victorious.

Though the IEBC site is showing results for the presidential election, it does not display results for other local offices including Mr. Obama’s governor’s race in Siaya. The IEBC did not pick up their “election hotline” when we called to inquire about the results. Mr. Obama is running as an independent candidate, a situation he said has left him with a tougher path to victory.

“I’m disadvantaged somewhat because of the resources that I have,” said Mr. Obama. “I feel that I’ve done my best and so I just leave the rest to God.”

Mr. Obama and the President served as the best man at each other’s weddings. However, Mr. Obama said he hasn’t discussed his political aspirations with his brother. According to Mr. Obama they last spoke in mid-November, when he congratulated President Obama on winning a second term. The White House did not respond to multiple requests to discuss Mr. Obama’s campaign.

Along with his worries about the election result, Mr. Obama is concerned about an article in the British tabloid Daily Mail that alleged he mistreats his multiple wives. The story, which was written by reporter Andrew Malone, accused Mr. Obama of beating his wives and engaging in “secret trysts” to maintain an “estimated” 12 wives, which exceeds the four wives allowed by Islamic law.

“I also would like to, you know, comment on something that’s going around on the net about me and my family and trying to malign and say a lot of bad things about me,” Mr. Obama told us before we finished our conversation. “This gentleman who’s from the Daily Mail … he came down here and showed up, you know, just from the blue. … He put out an article about me and how I’m philandering and how I’m beating up my wives and, you know, a lot of really bad things. And I really find that distasteful and it’s a whole bunch of nonsense.”

In the story, Mr. Maloney described Mr. Obama meeting prospective voters on the campaign trail including a “witch doctor … with green and pink parrot feathers in his hair.” Mr. Obama incorrectly claimed the reporter portrayed him as the one wearing feathers and said the article overall “sounds extremely racist and bigoted.”

“He’s talking about me wearing feathers and, you know, running around half naked,” said Mr. Obama. “I really detest that kind of thing, especially in this day and this era, just because I’m related to the President of the United States, who happens to be a black man.”

Mr. Obama also took issue with the story’s claim two of his wives ran away from him and view him negatively.

“I don’t understand why people go to those lengths just to be mean and nasty, because my wives and I–well, in fact, to tell you the truth, they voted for me yesterday,” Mr. Obama said. “We were at the polling station and talking about my wives not wanting to vote for me and things like that is a whole bunch of fabrications and a whole bunch of lies.”

As of this writing, we have been unable to reach Mr. Maloney to give him a chance to respond to Mr. Obama’s claims. When we called the Daily Mail’s headquarters in England an operator informed us Mr. Malone was “probably” a freelancer and told us to call back later today when the features editors are available.

In addition to racism, Mr. Obama blames the negative coverage he received on animosity people have towards his brother.

“You know, I didn’t choose to be Obama. I didn’t choose to be Obama’s brother, you know, it just so happened. And now, everybody’s going after me just because of my brother, so it’s really unfair,” said Mr. Obama. “Just because they hate my brother and so forth why do they have to attack me? I’m just trying to do the best I can with what I have, make a contribution. My brother’s doing what he’s doing over there, I’m doing what I’m doing over here. At the end of the day, we’re just working to make this world a better place.” 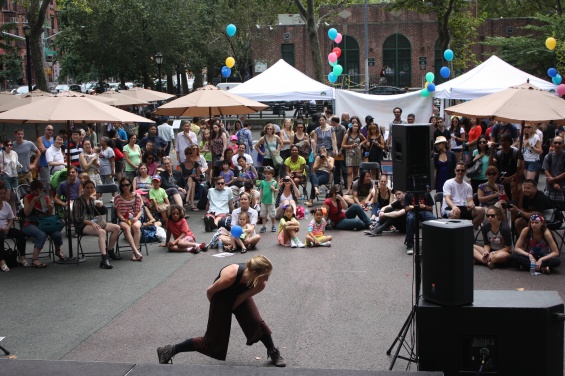