Today is this reporter’s last day here at the good ship Politicker. We hoped our last post on the site would be a final journey into the “Vallone Zone,” but, as of this writing, Councilman Peter Vallone Jr. did not respond to our email sent late this afternoon. As a result, we have no option other than to print a series of thank yous and farewells with a few juicy bits of gossip thrown in to, hopefully, help you forgive us for publishing something so utterly self-indulgent.

A year-and-change ago this reporter was trapped in Hollywood. First and foremost, we are eternally grateful to Aaron Gell and Elizabeth Spiers for rescuing us from Tinseltown and giving us a shot to cover the city and subject we love most. Of course, none of this would have been as much fun without Colin Campbell, who made it all much more awesome by sharing our odd obsession with municipal politics and just generally kicking ass. Credit is also due to Ken Kurson for being a kind and talented editor who threw one of the craziest parties we have ever seen.

In addition to all of our other colleagues and forebears who made the New York Observer such a wonderful place to work, we also want to express gratitude to the people we have covered who have made the politics beat so wonderful. Mayor Michael Bloomberg deserves credit for submitting himself to daily briefings where he takes questions from even those reporters who clearly piss him off from time to time and, most importantly, sometimes provides truly memorable answers. Though the politicians in Albany may not always be similarly transparent, they have provided us with endless entertainment with their alleged corruption and drug use, unique decorating sensibilities and occasional chicken costumes. We also very much appreciate the current crop of mayoral candidates, even the one who had an aide tell this reporter we are “the reason good people don’t get into politics” after we published a less-than-flattering story.

Though the players on the political stage have earned most of our attention, we also owe a debt of gratitude to the staffers who work behind-the-scenes, especially the gentlemen we called on the phone in the very wee hours one morning as a bit of news broke. Even the possibly corrupt and obviously inept prominent consultancy and the press person who once screamed and cursed at us for over an hour earned our respect.

There were several stories we were unable to break during our time here. Specifically, a kinky borough boss, the notable congressman with a love child,  a Hollywood editrix who made a horrified intern deal with their very personal medical problem, the “good wife” who puts another lady first, a Council candidate with completely cooked books, the pay-for-play newspaper, an operative who’s much more of a swinger than anyone realized, the gangster mayoral donor, a scandal-scarred politician working on a comeback and the (non-Green Party) presidential campaign that didn’t pay their staffers. We’ll keep trying to bring these stories to light and look forward to reading the pages of Politicker every day as the team here does the same. Chag Kasher v’Sameach, homies. 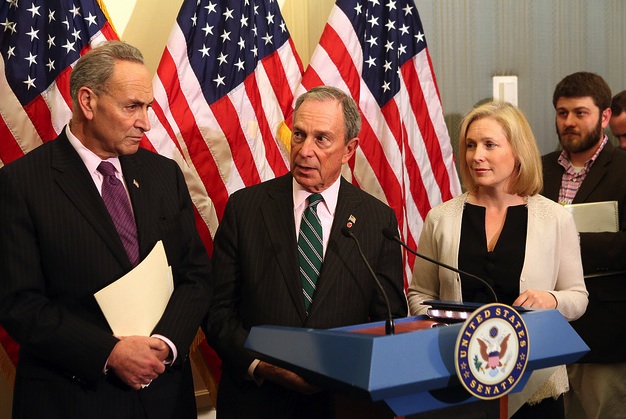