Governor Chris Christie maintains solid support among registered New Jersey voters, and most voters approve of his decision to allow the state to receive federal funds for Medicaid expansion, according to this morning’s Fairleigh Dickinson University PublicMind Poll.

Sixty-six percent approve of the job Christie is doing as governor. Approval extends to his controversial decision to accept federal funding for the expansion of health care to the state’s poor under the Affordable Care Act.

Sixty-nine percent believe Christie’s decision is the right one for the state, according to today’s poll.

If the gubernatorial election were held today, voters would favor Christie by almost 60 percent of registered voters (58%) while his presumptive Democratic challenger, state Senator Barbara Buono (D-18), is favored by about a fifth (22%). The remainder says they would be unsure about their choice (20%).

“Although nationally the Republican governor has been criticized by some for opting New Jersey into the Affordable Care Act through Medicaid, Garden Staters of all political stripes are solidly behind his decision,” said Krista Jenkins, director of PublicMind and professor of political science at Fairleigh Dickinson University.

Jenkins said support for the acceptance breaks slightly along party lines with 86 percent of Democrats and 49 percent of Republicans saying they think it’s a good decision for the state.

“This was a much anticipated decision, and the fact that it’s being received so favorably, particularly in an election year, brings additional reassurance to the governor,” said Jenkins.

The governor’s job performance also continues to receive bipartisan support. Although a blue state, a solid majority of Democrats (55%) and independents (61%) approve of the job Christie is doing. Republicans (83%) give the governor high marks. Other groups who are not considered likely suspects among his supporters include women (62%), those from union households (52%), and non-whites (56%).

A majority of voters are also pleased with the direction the state is headed. Fifty-seven percent say it’s headed in the right direction and, with the exception of the usual partisan differences, perceptions are largely positive across relevant demographic categories.

“The governor’s strong numbers, both in regard to his job performance and perceptions of how the state is faring, underscore the broad base of support he continues to enjoy,” said Jenkins. “This is perhaps why he fares considerably better than Senator Barbara Buono in a hypothetical head-to-head.”

Looking back at this time in 2009, when Democratic Governor Jon Corzine was running for re-election, the numbers were reversed, she added. Governor Corzine was perceived more negatively than favorably, and his approval was far beneath that of Governor Christie’s.

“Although the state is facing a different set of challenges than it was four years ago, it’s worth noting how capable the governor appears to be in transcending partisanship in a Democratic leaning state,” said Jenkins.

The poll shows two additional areas of strength for the governor. First, when asked a question about how both his personality and policies factor into an individual’s opinion of him, almost half (48%) say they like both. The remainder says they like him but not his policies (18%), they don’t like him but like his policies (12%), or they dislike everything about him (17%). When the same question was asked in July of last year, the number who liked both him and his policies was considerably less (36%) and those who disliked him and his policies comprised a greater share of registered voters (29%).  The change of heart appears to be coming largely among self-identified Democrats. In July, 49 percent of Democrats disliked the governor’s personality and policies whereas today that number has dropped considerably to 26 percent. In July, 15 percent of Democrats liked everything about the governor, and today that percentage has increased to 28 percent.

“Governor Christie’s behavior and decisions since the last time we asked this question have clearly resonated with Democrats in the state,” said Jenkins. “Calling out Republican congressional leaders for their unwillingness to vote on Sandy aid for the state before the last session expired, and accepting federal dollars for the expansion of Medicaid are no doubt contributing to the rosier haze that surrounds the governor among Democrats,” said Jenkins.

In regard to the governor’s often repeated claim that his leadership has helped to turn things around in Trenton, the public largely agrees. When asked how much, if at all, the governor has changed how government runs in New Jersey, a quarter (25%) say he’s brought about “a great deal” of change, and an additional 47 percent believe he’s been able to affect “some” change.  Perceptions do not vary across politically relevant subgroups.

The Fairleigh Dickinson University statewide poll of 702 registered voters was conducted by telephone with both landline and cell phones from March 4 through March 10, and has a margin of error of +/-3.7 percentage points. 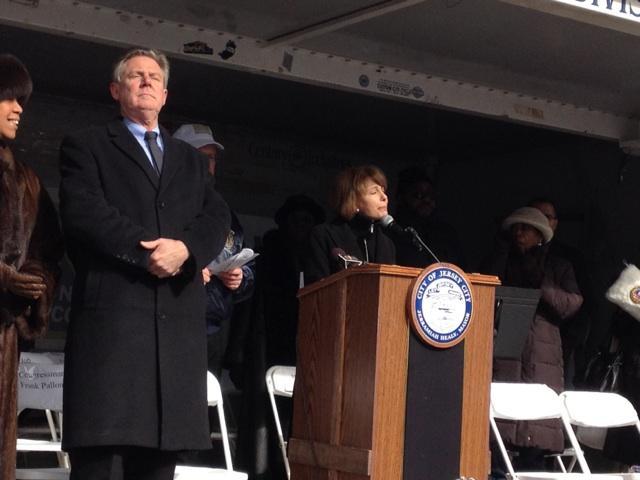