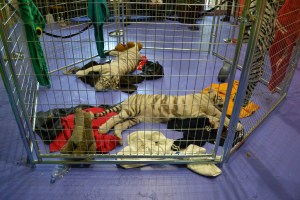 Bjarne Melgaard, the ever-hot New York-based Norwegian artist, will have a show at Gavin Brown’s Enterprise this September, according to a well placed source at The Armory Show. The GBE show will be Mr. Melgaard’s first with the gallery, and will announce his representation by Gavin Brown.

The show will reportedly be about “panthers,” in some capacity. Mr. Melgaard has worked in the medium of big cats before: last year he had a show at Ramiken Crucible that featured real tiger cubs.

Mr. Brown was unavailable for comment at this time.