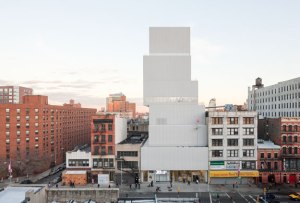 The New Museum announced today that Saul Dennison will now serve as the chairman of the museum’s board. James-Keith Brown, a trustee since 1998, will replace Mr. Dennison as president.

“As part of our evolution, we have actively sought out new leaders who represent active cultural centers around the globe,” Ms. Phillips said in a statement. “We welcome our new trustees to the museum at a great moment in its history.”