Newark West Ward Councilman Ronald C. Rice formally announced today that he will not be a candidate for Mayor in the 2014 Municipal Election.

He also announced his willingness to serve another term on the Newark City Council, but did not specify in what capacity.

A source close to the situation said Rice is likely to pursue an at-large seat.

“We have just folded our tent on my mayoral exploratory efforts and I am evaluating in what capacity I can continue to best serve the citizens of Newark and complete projects and initiatives we have started in the West Ward, namely our new West Ward Economic Development Corporation and our continuing West Ward Abandoned Property Initiative,” added Rice.

Rice did not issue an endorsement in his formal statement but sources say he is likely to back Baraka for mayor. 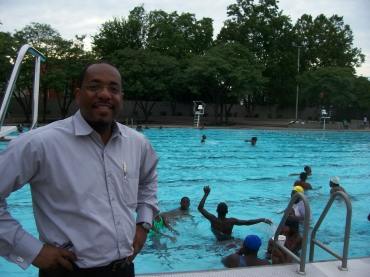