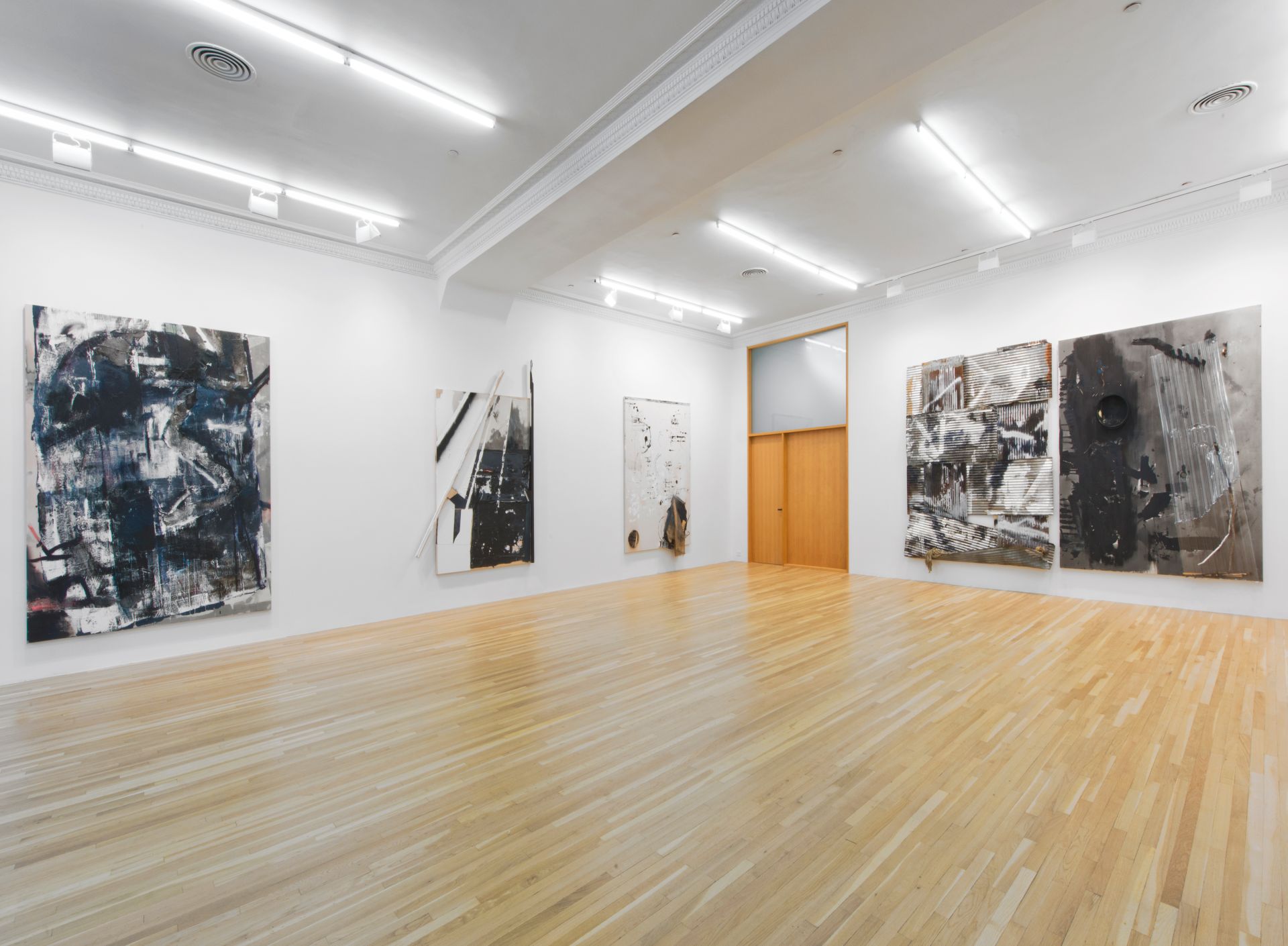 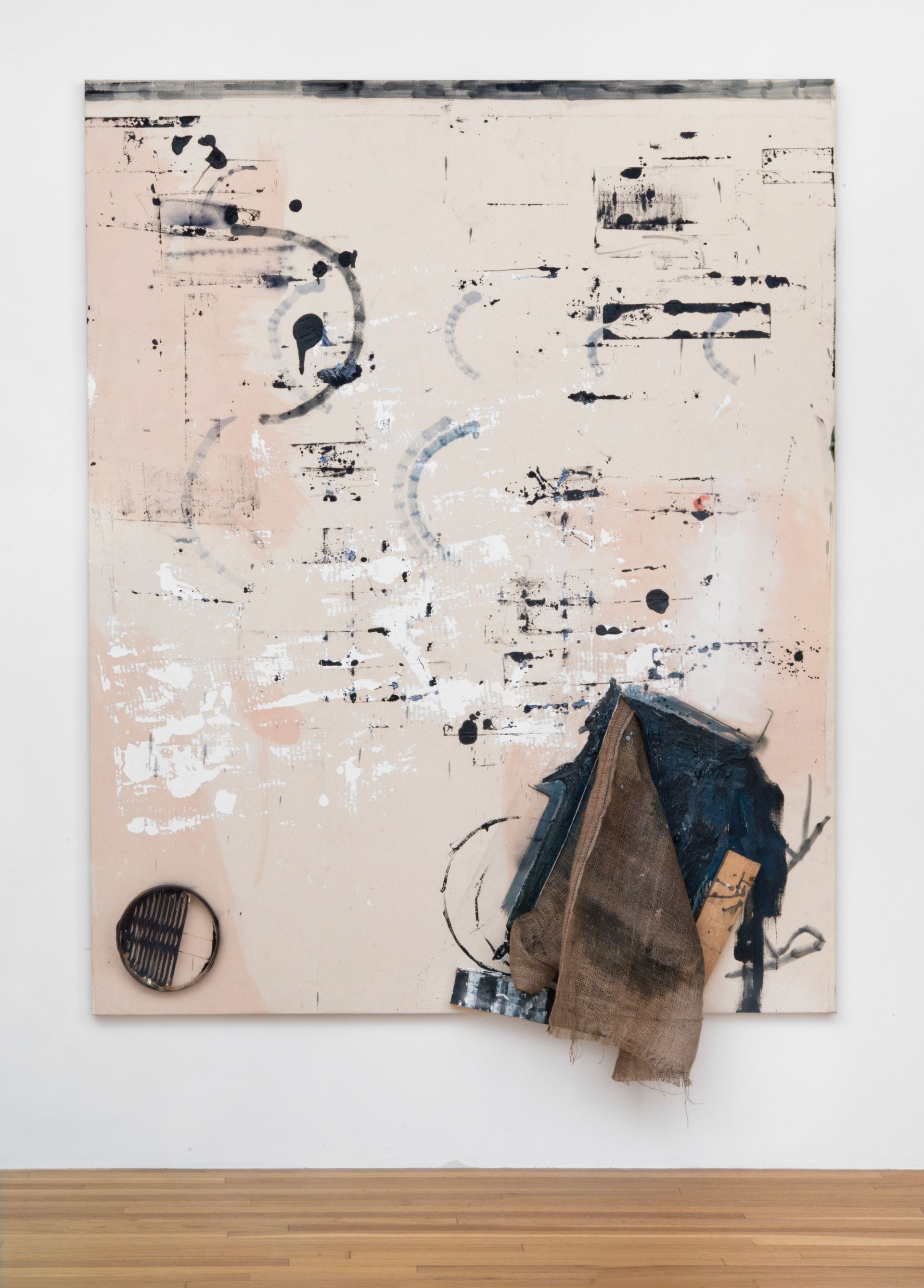 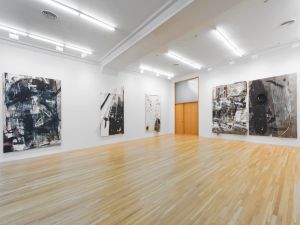 The Medusa in the title of Rosy Keyser’s fourth show at Blum refers to the upstate hamlet where she works, not the Gorgon, but there is a hint of that myth in the five huge abstract paintings here. Each one looks flash-frozen, an abstract assemblage of flowing materials—sawdust, which has the look of moss when she paints it, hunks of metal, sheets of plastic, the occasional beat-up rope—stopped at a precise moment on canvas by an exacting eye.

She often begins with a thin veil of color on canvas, light peach and melba stains in the case of the almost eight-foot-tall Ice Fishing (all works 2013). Then she paints, usually in a palette of blacks and whites, and affixes cast-off materials—in that work, a slice of jute that dangles into space, plus a slab of pine and part of a bamboo dumpling basket that she used to make faint prints on this canvas and others.

Tools and the marks they have made live side by side. She’s stuck a long wooden stilt across Hitching Post for a Leopard Appaloosa after using it to make prints across the almost-wet black linen skin that clings to its birch panel.

Material fetishists like Antoni Tàpies and Julian Schnabel remain lodestars for Ms. Keyser, but these works are denser and yet somehow freer—more her own—than past efforts. They look like they contain secrets that will take some time to tease out, and the longer you spend with them, the more they offer up—that hidden grommet that reveals the thin tarp hugging Mantis Seer, that long slice of rope tucked into the woven corrugated aluminum that makes up half of Hungry Shepard, Honeypot.

Mnemonic Land Device (For Blind Willie McTell), a craggy right triangle cut from a rectangular frame, is especially impressive. She has covered its body with egg cartons, its grid of wooden supports with palm mats, and strung three metal wires from end to end to fashion a sort of harp or lyre. She is playing the songs of the deserted country, of burned-out factory buildings and abandoned backlots. Like Sarah Braman and Virginia Overton, she’s building something new out of the detritus of those places. These are makeshift instruments, often fragile, but she makes them sing. (Through April 20)